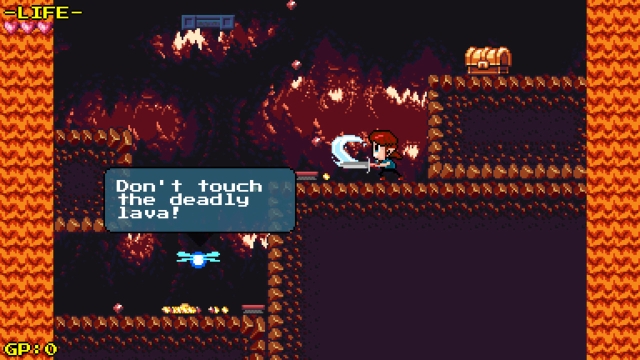 Way back in ancient times, we fogies used to frequent places called "video stores." You could go to one and rent black, rectangular objects that played movies. As the resident weird kid, I always spent my time checking out the horror section. There, I'd peruse classics and sleepers, but I was mostly drawn to the films that had no chance of being good, with titles like "Chopper Chicks in Zombie Town" or "The Rats Are Coming! The Werewolves Are Here!" Obviously, I'd seen a lot of awful scary flicks in that time, and I thought I'd reached the bottom of the barrel when I caught the painfully slow "Superbeast." After watching that disaster, I learned to set my standards low because then I wouldn't be so disappointed again.

Centuries later, I cruised Netflix for a creepy ghost flick to watch, and I happened upon one called "Gauri: The Unborn." It can't be any worse than "Superbeast," I thought as I clicked 'play.' And the most astounding thing happened: it was worse than "Superbeast." I should've learned not to set such a low bar because something was going to crawl beneath it eventually and I would have to taste a more intense disappointment than I'd anticipated...

Back when I got a Switch, I was itching for some faux-retro hack 'n slash platformers, and I found several of them on Nintendo's eShop. Hell, I even reviewed one, entitled Aldred Knight, and I found it lackluster. It wasn't the worst of its kind, but it was dull enough that I figured few modern indie titles would offer weaker content. So I told myself as I paid for the platformer Reknum that it couldn't be much worse than Aldred Knight. I mean, Reknum showcases a brighter art style and a more lighthearted world. There's no way something this cute could be worse than the drab, tedious experience Aldred put me through... 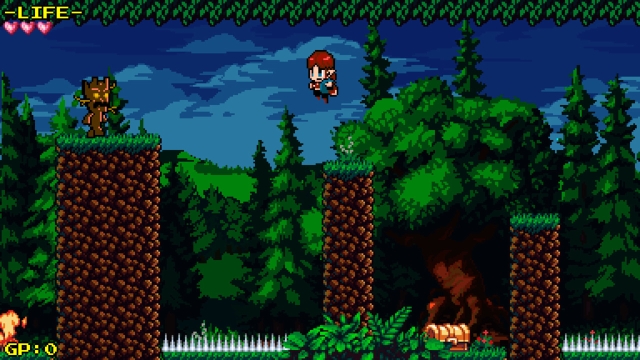 Reknum starts out like any old school platformer, where a one-dimensional villain takes over the land, and only a one-dimensional heroine (named Cheri) can stop her. To accomplish this, you hop on platforms, scale walls, swim through icy depths and avoid run of the mill perils. No, you don't encounter rotating saw blades this time, but you'll find plenty of beds of spikes, crushing traps, Thwomp knockoffs and dangerously neglected campfires. On top of that, you hack away at foes with a claymore, or sacrifice damage rating for a long range with a bow and arrow.

This all sounds serviceable, yeah? And it is at first, but you can't shake the sensation that something's off. For instance, Cheri moves a little too swiftly, and that doesn't mesh well with her weighty jump. Acclimation requires time and practice before it sets in. However, you still find numerous situations where you overshoot platforms or careen into enemies despite getting acquainted with the game's strange physics.

Matters only worsen when you toss in temporary upgrades that you earn by gathering golden coins. For every five hundred pieces, your movement speed increases or your leap height improves, plus you can earn a double-jump after about two thousand or so. Though these additions sound like sweet deals, they only exacerbate the already peculiar physics. This especially rings true stages that feature precision platforming that doesn't play well with your ridiculously fast jumping. During my own playthrough, I ended up forsaking gold farming of any kind because the break-neck speeds caused me to miss my narrow targets too often. 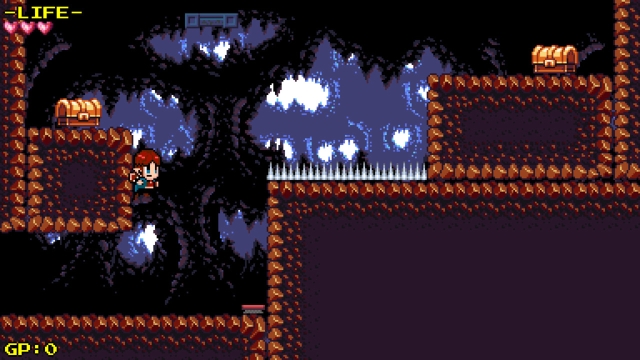 Hell, I encountered one level where I had to ascend a cavern sporting lava walls on either side, paired with a lot of moving platforms and tiny ledges. I struggled a bit to get through this stage because I stopped to open every chest present and nab all the coins. Once I finally got through that trial, the very next stage was precisely identical, except this time I had to race rising magma and forsake any coinage. To my surprise, I completed this challenge in a single attempt because I found my movement easier to control without all the "upgrades." This experience only left me with one question: what's the point of including power-ups if they ultimately harm your chances of survival?

Though I'm making this game sound super tough, its difficulty rating actually jumps around frequently. The tutorial stages pass by in a flash, as they ought to. By the time you reach the end of the first true level, you begin to notice cracks in the architecture. This is where the game pits you against falling weights that instantly dispatch you, several of which lie off screen so you can't see them until it's too late. You take on the first boss after you survive that gauntlet of cheapness, only to find that he also possesses speedy projectiles that immediately murder you. Despite your infinite supply of lives, these segments both prove needlessly frustrating.

The hell of it is that levels don't provide checkpoints, so you take everything from the top whenever you croak. That first stage becomes extra irritating because all of the cheap shots lie at the very end of the affair, and dying at that point means having to power your way back through the simple, lengthy obstacle course leading up to cheap weights. And once you're through a tricky spot, you'll breeze through a few forgettable stages, like one covered in ice.

Yeah, ironically the ice level is one of the easy offerings this time. 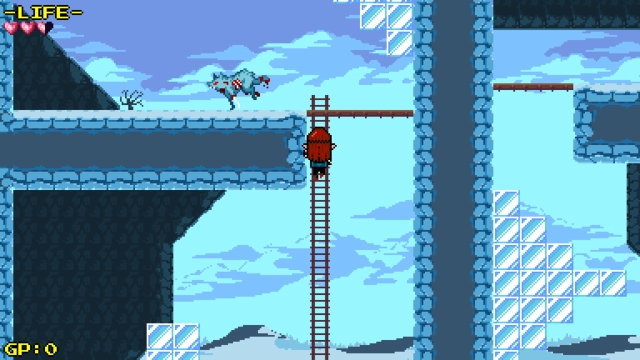 After a rather easy and well designed water stage, you end up in the absolute nightmare that is the Soul Dungeon. All of the aforementioned issues come together here to create an experience that will either prompt you to renounce your quest or steel your resolve. It places you in a dark labyrinth with only the light emanating from Cheri and the occasional brazier. Plus, it's got tons of moving platforms floating in the shadows, some of which are positioned to crush you if you dally too long. One portion near the end of this beast features several platforms moving in circles, forcing you to stay in motion so you don't get smashed between them. However, mindlessly advancing through this section can lead to you missing a jump and getting impaled down below. Did I also mention that ghosts also appear out of nowhere to sometimes push you off? Because that's just what this stage needed, right? And you suffer through this long, difficult trial without checkpoints.

Needless to say, the weird control response and Cheri's heavy hop, not to mention the punishing upgrade system, made this segment much worse than it needed to be. Not only did I miss numerous landings, I also got nailed by tons of specters I couldn't possibly have anticipated. And when tragedy inevitably occurred, I went right back to the beginning...

I contemplated giving up at that point, thinking the rest of the campaign would be worse. However, I ended up in a couple of reasonable segment following the Soul Dungeon, only to take on a final stage that rehashes most of the campaign's real estate. Ultimately, I ended my time with Reknum unsatisfied and annoyed. I thought back to a time when I figured this title would certainly rate higher in my book than the mediocre Aldred Knight. Yet while I played through this one, I kept saying to myself, "At least Aldred didn't pull garbage like this." Clearly, I need to readjust my standards...
1.5/5

If you enjoyed this Reknum review, you're encouraged to discuss it with the author and with other members of the site's community. If you don't already have an HonestGamers account, you can sign up for one in a snap. Thank you for reading!

© 1998-2021 HonestGamers
None of the material contained within this site may be reproduced in any conceivable fashion without permission from the author(s) of said material. This site is not sponsored or endorsed by Nintendo, Sega, Sony, Microsoft, or any other such party. Reknum is a registered trademark of its copyright holder. This site makes no claim to Reknum, its characters, screenshots, artwork, music, or any intellectual property contained within. Opinions expressed on this site do not necessarily represent the opinion of site staff or sponsors. Staff and freelance reviews are typically written based on time spent with a retail review copy or review key for the game that is provided by its publisher.