Playing through the negatives of my Steam library
February 16, 2019 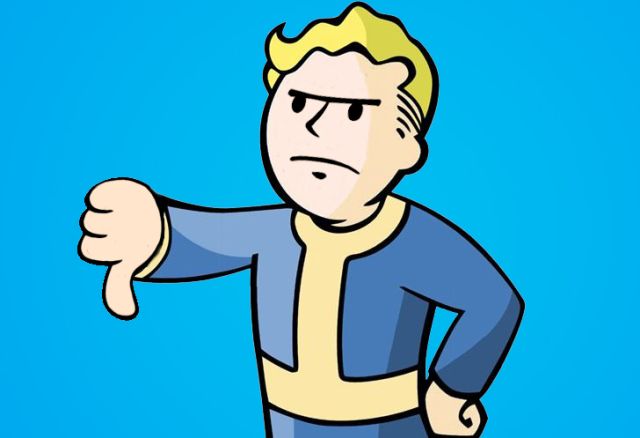 I've begun a sort of project where I search for all the Steam games in my library that are marked negative in terms of overall reviews, as well as anything that's been delisted (e.g. Endorlight, Fist of Jesus, etc.). If a game doesn't have a consensus, then I look at what few marks it does have and judge where to go from there. Of course, this means I'll be playing a lot of rubbish horror games, but what else is new? So far, I've managed to tackle a few titles. 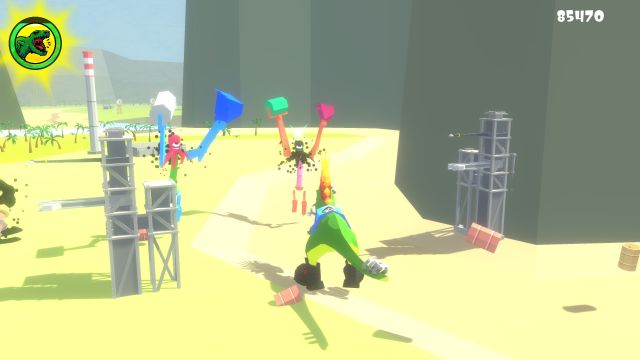 Roarr! is a horrible game where you play a T. Rex battling aliens. You do this by mashing the attack button until you're blue in the face. Every level is basically the same, comprised of open areas with buildings to push over and basic enemies to slay. My final say on the matter: it's repetitive and slapdash, and not something that anyone would want to break out during a "party," unless they want to convince their guests to go home.

This is a wonky top-down stealth title, similar to another game I reviewed called Metrocide, except way more unforgiving. In this one, you have missions to complete by sneaking around a map, hoping enemies don't spot you. However, no matter how well hidden you think you are, they always find you and they always kill you. You have a gun that comes with a whole one shot, and can only be recharged by opening a blue chest of sorts. Of course, whenever you try to open this chest, the robots catch up to you and kill you. Someone on Steam said you only had to be patient to enjoy this game. Honestly, I think it isn't worth it. It features awful, sluggish tank controls that use both mouse and keyboard, as well as painfully unbalanced stealth elements. You'll need the patience of a saint to get past the first stage.

I don't know what the hell is going on here, but you seem to be trying to escape a secret testing facility overrun by monsters and soldiers. The first couple of areas hit you with really easy puzzles, before bugs interfere with the mediocrity. During one scene, I had to lure a guard away from a locked door. The only way to do it was to activate an alarm, causing him to walk away from the door to shut it off. I threw the switch and hid, and the dude walked into the room and shot me without even looking at me. He aimed his gun a full ninety degrees away from me and fired, and I instantly died.

Later on, I found a gun and needed to use it to kill another guard. You can save anywhere in this game, so I did so before reaching my enemy. The dude gunned me down before I could even aim my reticle at him. You have almost no health at all, and it seems like even a light sneeze can kill you.

The game crashed and I had to restart it. After I reloaded, I saw that my gun was no longer in my inventory. I went back to the place I found it and it wasn't there, either. The game completely deleted my gun. I retaliated by deleting the game from my computer.

Imagine Plants vs. Zombies with minimal interaction. That's Hero Quest. You send troops to destroy the computer's fortress, while your opponent does the same. Units and spells appear as buttons on the bottom of the screen, and there's a cool down period each time you use one category. In other words, if you call one of any type of character to the battlefield, you have to wait before you summon any other type. If you send out an archer, you can't immediately call for a mage.

You also get no control over your units. You send them out and they act on their own, based on their class' traits. Your opponent also has a lot of underhanded moves to play, including boss monsters and instant kill spells that pretty much leave you open. Once either player builds momentum, they're pretty much unstoppable.

Worst of all, your own fire spell seems to never work properly, as it always falls short of a target and deals no damage.

I only played fifteen minutes, and even then it bored the hell out of me, mostly because it's such a basic, minimalist title. Also, it appears to be a mobile port without any sort of a graphical touch up. The picture quality looks awful, especially in regards to text boxes. You know you screwed up when even written passages look ugly.