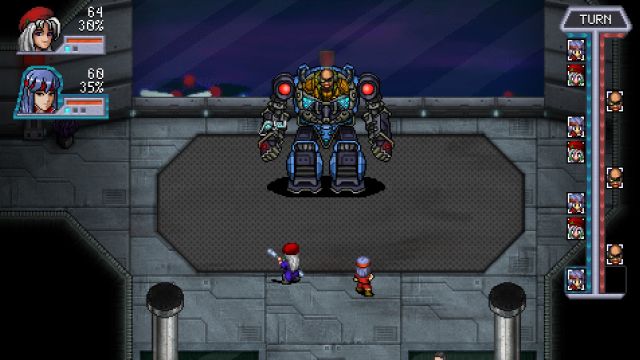 
Arcania: Gothic 4 (PC)
Finished after fewer than thirty hours. It's a short title for an RPG, which is to be expected, as it plays more like Diablo than any of its brethren. It's your standard PC RPG, with constantly clicking and the occasional evasive maneuver or special attack thrown in. Honestly, it's not a terrible game, but it's not very good, either. You can tell it was Spellbound's only RPG, because it featured mostly hackneyed concepts. I have a rough draft for a review written up, which I hope to have out soon.


Crimson Skies: High Road to Revenge (Xbox)
I'm still not sure if this is a sequel or an enhanced edition of Crimson Skies or what. I know it differs from its predecessor, as that was more of an arcade-style shooter. This one is a loose 3D flight shooter that plays like a third-person job. I've tried twice before to get into it and couldn't. I don't know what it was about this game that turned me off, but I almost ended up Goodwilling it away. I decided to try one more time and you know what? I actually dig it.

Currently, I'm still in the first chapter. I completed all of the missions there before turning the console off, only to realize this one doesn't autosave. I lost all of that progress. In order to save, you need to dock with a zeppelin. Neither the game nor the instruction manual tell you this, and you frequently see "checkpoint reached" or some nonsense like that, so you think progress is saved similar to Halo. It isn't. It's probably a good thing, because I'm doing better this time around.


Iconoclasts (PC)
A Metroidvania that received rave reviews, I picked this one up during the last big holiday sale on Steam. So far, I enjoy it. It's visuals are terrific and its mechanics are solid, not to mention that I love its stage design. Obstacles are engaging without presenting an overwhelming challenge (so far, anyway). My only complaint is that it's a bit talky. I get that modern games feature a lot more story, and this one has a pretty good tale to tell, but this one seems to go into cutscenes more often than your average Metroidvania.


Cosmic Star Heroine (PC)
I really liked Zeboyd's Breath of Death VII: The Beginning and Cthulhu Saves the World. I had hoped to find a more or less similar experience here. I have not, and that's both good and bad.

It's good because it shows that Zeboyd isn't just rehashing the same junk. This time, they borrowed from Chrono Trigger, with presentation that apes that game, and a combat system that appears to be all but lifted from it as well. Like, you walk up to monsters that are roaming around the world, and you engage them in battle right there and then, rather than shifting to a new screen.

I couldn't tell which of the two medium difficulties was intended to be moderate, so I ended up picking the harder of the two, and I'm getting my ass handed to me as a result. I don't mind that so much, because I am surviving, sometimes by the skin of my teeth. I like that everyone is fully restored at the end of combat, and that everyone receives experience regardless of their status at the conclusion.

My main complaints revolve around the campaign itself. For one thing, it's incredibly linear. Yeah, so were Breath and Cthulhu, more or less, but this one is very straightforward with little room to explore. Unlike those other two, fights are not random, but readily placed in each dungeon. You can't just grind until you're overpowered now, and you have to hope you possess a good enough configuration of skills and equipment to win a conflict.

The story is also not that interesting, at least not yet. I feel like the characters are cool, but their conflict is nothing stellar. We'll see how it develops as the game advances.


The Fall of Gods (PC)
This was one the first games I purchased via Desura, which I lost because that services went under. I then re-bought it through Steam, and am now starting it. It's an action-RPG made with RPG Maker that looks and feels very basic. It's kind of like Zelda, but with experience points and actual stats. One thing I like about it is the camera. Although the game uses sprites that appear like your standard RPG Maker fare, the camera is so far zoomed out that it gives the game a very unique feel. It reminds me of the old Mighty Max playsets from the '90s, where the world appears to be a collection of miniature figures and terrains. I'm not far into this one, as it seems pretty average. You play a teenager who has come of age, and must try his hand at some kind of arena (which is what 16-year-olds do in this game's world). My guess is that it'll turn out he's the chosen one (ugh...) and will embark on a long journey as a result.