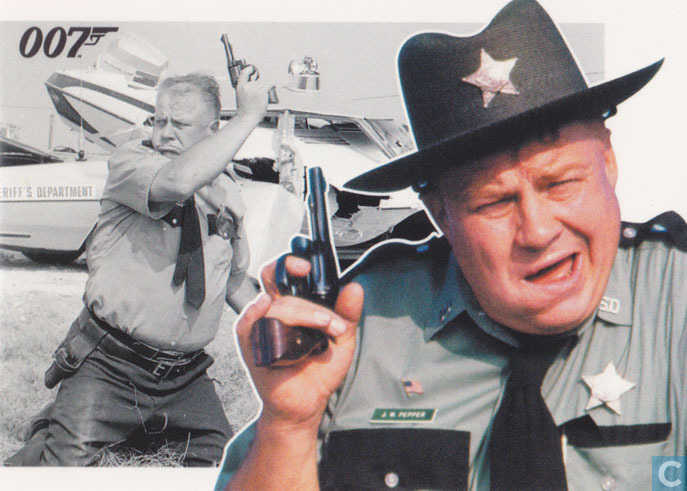 
Alone in the Dark: The New Nightmare (PlayStation)
Completed Carnby's campaign. The final area is tedious, and the game as a whole is forgettable and more stressful than frightening. I still plan to play through Aline's campaign, though I doubt it will improve my opinion of the game. Right now, I think I'd rank the Alone in the Dark titles thusly:

After I complete this, I'm going to start the Game Boy Color version, as that's pretty much a different game all together.


The Bard's Tale (PC)
I restarted the game because I forgot the control scheme. When I tried to retain myself, I realized that the PC version is not 360 controller friendly. Buttons don't correspond properly with certain item or skill diamonds, so I figured it would be best to set the control scheme to keyboard and mouse and retake the tutorial. I just left the pub, story-wise. I would have done more, but I've been busy with chores today.

Live and Let Die (1973)- James Bond, now played by Roger Moore, investigates the mysterious deaths of three British agents in the US, possibly at the hands of a drug lord named Mr. Big. The downward spiral that began with Diamonds are Forever continues with this one, only it's slowed a bit. Instead of gadgetry and ridiculously awesome action scenes, the movie is padded out with blaxploitation and ill-fitting humor. The former kind of made sense from a marketing standpoint because blaxploitation films were big at the time. However, that genre doesn't mesh well with 007, plus Eon didn't execute it with much grace. Instead of a taut, hop spy thriller, it's just a flaccid, tame Bond film with a forgettable ending sequence and a villain death that's beyond silly.


The Man with the Golden Gun (1974)- Prior to watching this movie, I kept hearing this was one of the Roger Moore's worst offerings to the franchise. Honestly, I felt it was a step up from the previous two films, especially since it nixed a lot of the unnecessary humor and didn't bother with clumsily shoehorning an ill-fitting sub-genre into the production. This one deals with a assassin played by Christopher Lee named Scaramanga, who kills targets with a titular gun and really, reeaaaalllly wants to off Bond (mostly for the prestige). There's also a plot to exploit the energy crisis involved, but I won't get into that. My first complaint is that the movie wraps itself up in a predictable Bond manner, such to the point that what was once a reliable brand trope is now becoming a pesky cliche. Bond kills the bad guy and finds a way to escape his base, along with the remaining Bond girl. He and the girl get cozy on their new ride to freedom and decide to knock boots, but then a villain (sometimes the main one, but usually a secondary foe) attempts to kill them while they're distracted. Bond ends up getting the upper hand and eliminates the threat, pops off one lines quip and then returns to scoring. The end.

A second, smaller complaint is the character J.W. Pepper, a redneck sheriff introduced in Live and Let Die (apparently named after a sheet music company), whom I believe was meant to lampoon the American movie-goer or perhaps American critics of the franchise. Or maybe just Americans in general. Hell, I don't know. The point is he's annoying and he takes you out of the film. I understand that he's supposed to be irritating for humor's sake, but his addition to this and the previous film was cringe-worthy. Both movies would have actually been better without him. The last thing any Bond movie needs is a bumbling, backwater cop who yells 90% of his lines. Well, that and a 57-year-old actor playing Bond, but that didn't stop Eon from making A View to a Kill with Roger Moore.