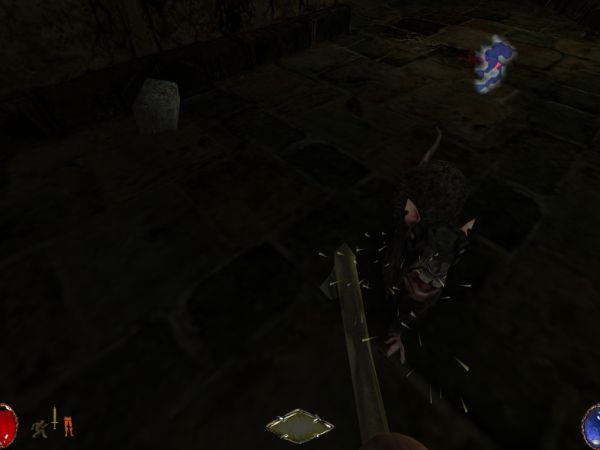 
Alone in the Dark: The New Nightmare (PlayStation and PC Update: refunded my Steam purchase, and it has been approved)
Tried to play the Steam version only to realize it is almost entirely incompatible with Windows 10. Looks like I'll have to take my copy to Trade-A-Game to be repaired after all.


Final Fantasy: Brave Exvius (Android)
No major story progress, though I made it to an actual inhabited town on the third continent. I've mostly been upgrading my characters, which includes awakening Exdeath and boosting him to six-star status. I'll probably do the same for White Witch Fena when I get a chance.


There Was A Caveman (PC)
Beaten. I sat down last night and powered through the last three frustrating levels. There are some worthwhile challenges to be found, but also a lot of cheap ones. Review forthcoming.


Arx Fatalis (PC)
Decided to give this another try. I escaped the cell at the beginning of the game, killed a goblin and entered a tunnel full of rats. Yep, it's another RPG with rats at the beginning.