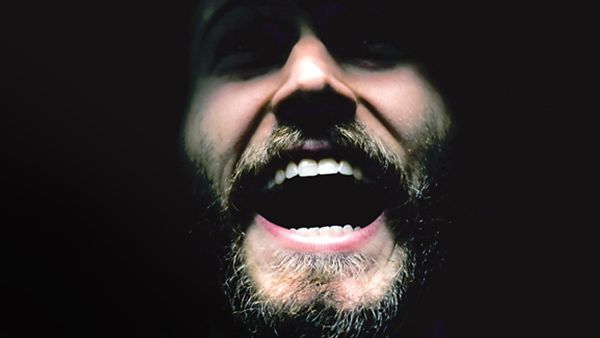 I returned from my trip today. While in Seattle, I didn't do a lot of gaming because I didn't have time. When I did have free time, I spent it either reading or watching movies, since I have backlogs of books and movies to go through as well.


Final Fantasy: Brave Exvius (Android)
I made it to the second continent, where the character Fina decided to chase a chocobo into the woods. I was going to battle my way through the forest to complete that part of the story, but decided to complete some side quests firsts. While doing a dungeon crawl mission, I picked off the last of the coeurls and sergeants to complete those quests, plus I found a missing citizen and defeated the optional boss Hell Rider. I have yet to cash these quests in, though.


Pokemon GO (Android)
With the recent Halloween event going on, I've gained tons of extra candy and evolved a few Pokemon: Bulbasaur into Ivysaur, Charmander into Charmeleon, Tentacool into Tentacruel, Seel into Dewgong, Vulpix into Ninetails. I also received my fourth 10km egg, but got a Jynx out of it (which I had prior to hatching the egg). So this is now the third 10km disappointment in a row. My first one gave me a Kobuto, but my second held an Eevee and my third a Pincer (which would have been cool, had I not already caught one while at Winco).


Breath of Fire (SNES)
I recruited Bo and now need to move the stone giant.


Cameron's Closet by Gary Brandner
For ages, I was unaware that the late '80s monster movie Cameron's Closet was based on a novel. After discovering this, I had to rewatch the movie and read the book to see how they compare. The story follows the titular boy, whose father used him to conduct parapsychological experiments. As a result, a peculiar being takes up residence in Cameron's closet. He and the creature become friends at first, but over time the apparition develops into a vicious monster bent on keeping Cameron all for himself.

The movie is leaner and more to the point, but cheesy as hell. The book isn't much better, though it sports more likable characters and a romance subplot that actually works well, because it's not overblown like so many of its ilk. I also like that the monster in the novel has a more complex origin and isn't just a "random demon from hell who needs a psychic child so it can rule the world." The monster's name is also Aramis in the novel instead of Xialtho (they try to say it's a "Mayan" name, though "Xialtho" doesn't sound remotely Mayan--I'm thinking more "evil wizard from a second rate fantasy novel that you might stumble upon in a used bookstore"), which sounds much cooler. Unfortunately, the book's plot meanders about, as if Brandner wrote it via stream of consciousness and couldn't form a solid enough plot, but didn't want to give up on the novel.

Seriously, this is one of the few horror movies that should be remade. Either get Mike Flanagan to do a serious flick or Michael Dougherty if they want to do something equally fun and creepy. I think either director would be great for a remake.


Thunderball (1965)
James Bond must stop a madman named Emilio Largo, who plans to blow up a major British or American city with the help of a couple of nuclear bombs he just stole. Underwater fighting ensues...

From Russia with Love is still my favorite Bond movie, but this one is damn good. It goes through a lot of the lovable 007 motions, but concludes with an excellent underwater battle between Largo's men and US Navy SEALs, plus a tense fight on a speeding yacht.


Unfriended (2015)
A mysterious entity stalks a group of teens signed into a group video chat, naming them responsible for a girl's suicide due to cyberbullying a year ago.

Despite a puerile premise and an opulence of yelling from the characters, I actually enjoyed the movie. Yeah, it's kind of dumb, ham-fisted storytelling, but it's a pretty brutal film that left me uneasy during some scenes. I mean, one guy puts his hand in a blender and grinds it up, causing the glass pitcher to break. His screen fuzzes out, then returns to a brief shot of him pressing his throat against the blender blades and screaming one final time.


They Look Like People (2015)
Wyatt hears voices on his phone, warning him that demons are possessing humans and stealing their identities. He fears this phenomenon is a symptom of mental illness, but fears that it could be true. To make matters worse, he's currently between houses and is living with his childhood friend. He finds himself unable to decide if he should protect his buddy from the coming invasion or check himself into treatment and protect his friend from himself.

It's not purely a horror movie, but it is very tense. At first you want to believe that Wyatt isn't nuts and that there really is a hidden war being waged, but when you see the toll it takes on his relationships, you realize that it's quite likely Wyatt needs help. I liked it, though I don't know if it would stand up to many multiple viewings.