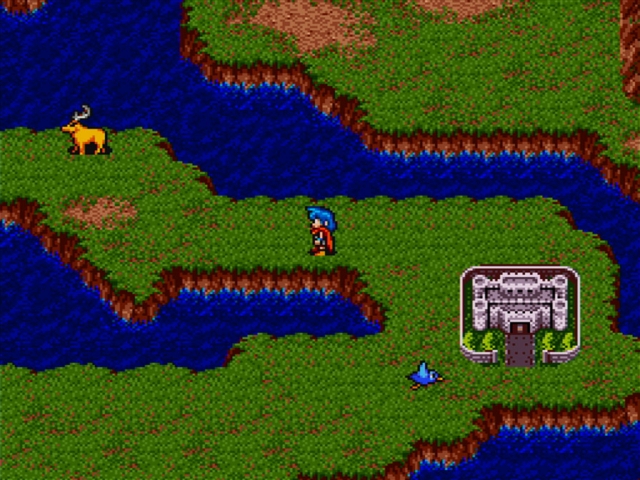 It's been hectic the last few days. We're currently trying to get all of our chores completed before shoving off to visit family for a few days. I've been able to find time to game and write, thankfully. That'll probably change once I go back to work, though.


Final Fantasy: Brave Exvius (Android)
I've spent a little time leveling up my troops and changing out their equipment, not to mention beefing up my one and only esper, Siren. Story-wise, the last thing I did was rescue the king and unlock a new town. I'm also getting close to 5000 lapis, so I'm looking forward to cashing it in for 11 new units.


Breath of Fire (SNES)
I've decided to restart this game because I've been itching to go through the franchise again, sans Breath of Fire III. I'll likely scrap my GameFAQs review and post a new review for the game here once I'm done. I haven't done much just yet, aside from get through the introductory cutscenes.


Betrayer (PC)
I started this game and played through it over a few sessions. It's a first-person action-adventure title with horror elements that's just okay. There are a lot of cool features and a good story, unfortunately bogged down by repetition and weak scares.


DarkMaus (PC)
Inspired by Suskie's excellent review, I decided to check this game out. I'm not far in, but I'm enjoying it so far. I'm currently at the campfire before the spiders at the beginning. I probably won't play too much of this game before leaving, since I don't want to addict myself and go without the game for a period of time.


Pokemon GO (Android)
Not much to report. I evolved Haunter into Gengar and had a wonderful catching session recently. One of my 2 km eggs hatched a Squirtle, then I caught another Squirtle later that session, as well as a Charmander minutes later. I've decided after I evolve my current buddy (Bulbasaur), I'm going to pair up with Charmander since I only need four more candies for Charmeleon.

A Stir of Echoes by Richard Matheson- A very well done supernatural story from the late '50s. It's held up remarkably well despite being nearly 60 years old. In fact, I prefer it over its film adaptation from 1999. If you like spooky stories that aren't overly visceral, I recommend this one. My only complaint is it seems a bit unfocused at times. I suppose that's to be expected, though, since the story is about a man who awakens his latent ESP and can't control it, thus putting a strain on his relationships with his wife and neighbors. There is a murder mystery aspect, as in the film, but it doesn't take the center stage until the last few chapters.

Death Bed: The Bed that Eats (1977)- A sentient bed confined to an abandoned mansion gobbles up some people, but fears a certain woman among them. One of its previous victims, a painter whose soul is trapped within one of his own paintings, takes notice of this and awaits a moment when he can tell her how to destroy the bed.

Understandably, it's a silly movie, but kind of fun and chuckle-worthy now and then. I'm still not sure if the humor was intentional, but I can't think of anyone who would make a straight-faced horror movie about a killer bed that snores, giggles and noisily munches people. Strangely, there are other works about killer beds: one episode of the TV series Monsters, plus a recently released film called Bed of the Dead, though that's about a cursed bed rather than a living one, from what I understand.