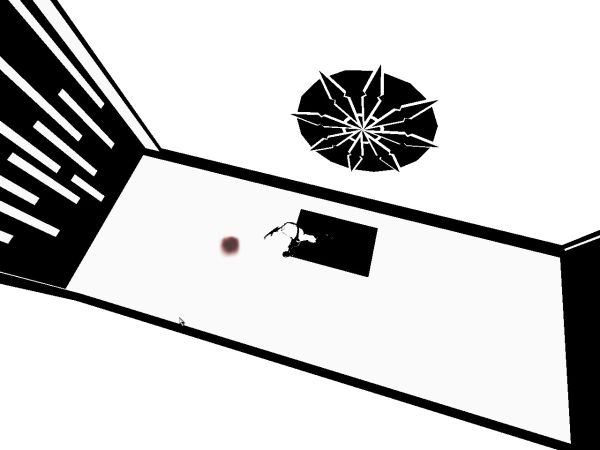 Ages ago, I bought the game Vigil: Blood Bitterness via Steam, under the impression it was an RPG. This was thanks to Steam's old category system, where they considered point-and-click adventure games to be roleplaying. Honestly, I don't mind a good p&c now and then, so I thought I'd maintain this one in my backlog until the time was ripe to play it.

The only problem is I never got the chance...

I installed the game and attempted it to boot it, but it kept taking me to RIP Trilogy's Steam page. After some searching, I learned that the publisher expects you to at very least click on the "download demo" button, even if you cancel the download. They made no indication of this at any point, which might lead someone to believe Vigil is horribly bugged. [Spoiler: It is.]

So I clicked on RIP's demo, canceled the dl almost immediately, and finally got access to Vigil. No sooner had I done so did the screen turn black and my speakers start babbling at me. Something about this situation screamed "faulty FVM," but I let it slide. I thought maybe the game is supposed to growl at you with a blank screen.

As far playing the game was concerned, I didn't get far. I initiated two cutscenes, neither of which managed to load. Just to be sure this was the case, I watched a YouTube Let's Play of the game and found out that there were supposed to be (poorly rendered) FMVs at those points.

More determined than any gamer should be, I decided to check out the game's forum for any clues on how to get them to load. There were a few topics, none of which had fixes, and absolutely no sign that the developer gave a crap. I have limits, and this game found them. I uninstalled it, filed it under my "Abandoned Projects" category on Steam, and removed the name from my backlog. Since it is obscure, I don't fear that many people will run afoul of these issues, but if any of you love way, way, way under the radar games and think this might be up your alley, then beware. There are far better indie p&c titles out there.


Final note:
Though I didn't experience this, some Steam users have reported various crashes throughout the game. Not surprising, the developer has done nothing to address these either.