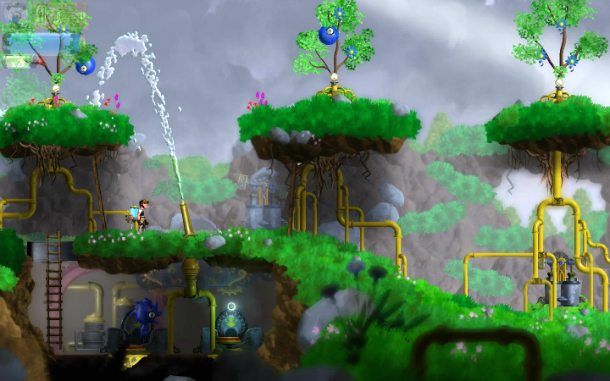 
Risen 2: Dark Waters (PC)
Completed all of the side quests available in Sword Coast/Puerto Isabella, then took on Crow and the Earth Titan (plus a bunch of Crow's goons). It was basically three fights at one time. Thankfully, the game forces four NPCs to join your party at that point. Since I sided with the Inquisition, I mostly got long range combatants (armed with muskets). They took out the goons while I focused on Crow and dodged the titan's boulders as much as I could. The musket I purchased helped make short work of the pirate, who then dropped a badass specialty spear, which I then used to drop the titan.

Since that battle, there was one major plot point that should have left me feeling heavy-hearted, but just didn't do anything for me. That eventually led to me getting my own ship and recruiting Patty, Venturo, and [name forgotten, but he was Crow's cook]. The game has something like a mini-Suikoden feature where you can recruit other pirates to hop aboard your vessel. I've yet to find anyone else to join up, but I'm sure I'll come across some others. In other progress news, I tied up some loose ends at Tacarigua, devoted a few dollars and Glory (read: XP) towards learning some new skills, and landed in Antigua. There I haven't done much more than sneak into a few domiciles and steal some goods, as well as uncover some buried treasure. Right now, I'm about to check out Antigua's map online to see if there are any other relevant areas for me to discover--you know, anything I can fast travel to that might offer some more side quests for me to accomplish before advancing the story.


Vessel (PC)
I restarted this game and have gotten decently far. Right now, I'm in the second area--the neighboring factory--and I have to restore eight of their broken devices. I have yet to touch one, as I'm still exploring the area.