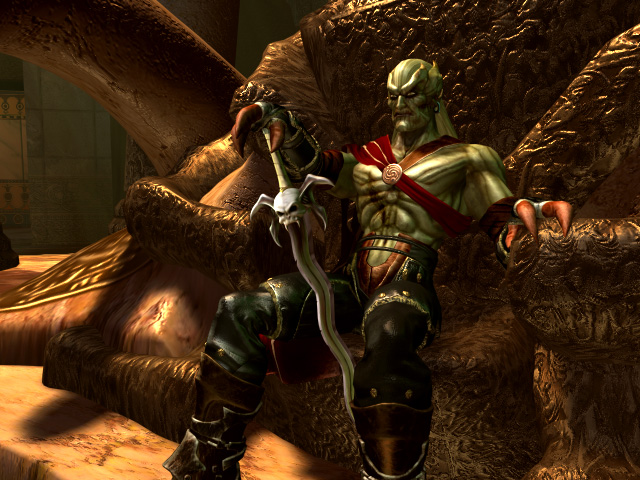 The only news I have to share before diving into this is that I have downloaded all of the DLC I want for Dragon Age: Origins, and will probably be starting that game again soon. The only thing I didn't download was the Awakening add-on, which I'll probably pick up (regardless of the reviews posted on this site) after I've completed Origins.

That having been said...:

Legacy of Kain: Soul Reaver (PlayStation)
It has ended. Again.

I think this is about the fourth time I've played through the game, and while I wouldn't give it a 10/10 this time around, I definitely still love it. My only major qualm is with the abundance of block puzzles, which really aren't all that offensive, especially since some of them are surprisingly inventive. One thing that I noticed while playing through is that there's actually a bit of variety. Each dungeon seems to abide one or two basic themes, upon which they base their puzzles and challenges. For instance:

Castle of the Dead- An introductory dungeon with a balance of block puzzles, platforming, and brawling.

Silent Cathedral- Mostly block and switch puzzles with a touch of brawling.

Tomb of the Sarafan- Involved looking for a couple of difficult to spot secret passages while fighting off foes that fire projectiles.

Ruined City- Involves shifting between the material realm and the physical realm a lot.

Oracle's Cave- Puzzles that make use of the Constrict ability.

One thing I never realized was how actually short most of the dungeons are. I came upon this understanding when I played through the Drowned Abbey, which was Rahab's domain. The stage basically consists of crap tons of platforms either surrounded by or positioned above water. Raziel, at this point in the game, still loses his physical form if he is immersed. This isn't problematic at first, as the platforming is quite simple. After completing a few rudimentary puzzles and fighting off some fish....cobra....vampire....things... Fibrapires? Whatever. After killing some of them, I arrived at a segment that had me swearing probably loudly enough for my neighbors to hear me. You have to float over to a tiny wooden beam, and then to several more similar beams ahead of you. Should you plummet, you'll land in the water and have to start the process over again. After that, you have to do the same thing, only with statues jutting from a wall. Should you fall into the water below, you have to make your way back to the frickin' beams and do those again as well. Holy crap, Crystal Dynamics! All in all, though, it's a pretty short level stretched out thanks to complications that can arise from the challenge factor.

The funny thing is that I eventually found a couple of methods that were super effective for getting through them, so much that I began kicking myself for swearing. The solution was much simpler than I had imagined.

Rumbling with Rahab wasn't terribly difficult. In fact, I think he's the easiest boss in the game. You simply stand on a platform and begin launching projectiles at every window in the vicinity. You might take a shot in the process, but recovering from the blow isn't so bad, especially if you sit towards the center of the room. I think Rahab hit me twice before I shattered every window and killed him with sunlight. From then on, I could swim.

The Ruined City wasn't very noteworthy, but fun nonetheless. There were a ton of shifting puzzles, but nothing super tough. I recall before that I had trouble defeating the boss there, Dumah, the first time I played through the game because most of the bosses you face had to be killed by something in the room. Dumah was an exception to the rule. Instead, you have to lure him to a "blast chamber" whilst dodging his crushing blows and earth-shaking stun attack (you know, because every token giant villain has a ground pound ability). Once he's in position, it's just a simple flip of two switches and then you can watch an uneventful cutscene in which he perishes in a huge fire.

Finally, taking on the final dungeon proved to be simpler than I recall it. I remember being stuck there for a long time because I couldn't solve one of the puzzles. This time around I found the puzzles, though a tad clever, to be pretty easy. The final battle with Kain was pretty anticlimactic as well, and felt more like something you would expect from a second boss battle in any other action game.

Final Fantasy: The 4 Heroes of Light (DS)
Not much progress to report. I earned enough money to pay a sorcerer to break a curse on a cat who probably isn't cursed, and was (predictably) bamboozled. After that, I began a dungeon positioned in a giant tree, but haven't gotten very far there. Unfortunately, I haven't had a whole lot of time to play this one. 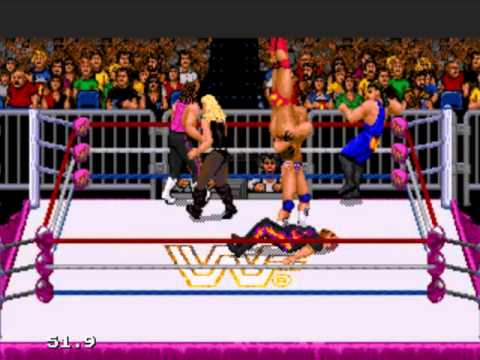 WWF Raw (32X)
Revisiting this game brought back a lot of old memories, primarily of staying up on Monday nights to watch the actual WWF Raw. The game has left me with a few questions, though, especially looking back on mid-'90s WWF.

1. Why the hell did they include Luna Vachon? Wasn't WWF trying to get their Women's Divison off the ground at the time? So why not promote said division by including the champion, Alundra Blayze, instead? I would love to have a character in the game equipped with the German Suplex as a finisher.

2. How did Doink make it into two games in a row? Sure, the original Doink, the late Matt Osborne, was a pretty talented performer, but the character was pretty much a glorified jobber. Just about any other wrestler could have filled Doink's position in WWF Raw, and he was entirely unnecessary in WWF Wrestlemania: The Arcade Game, especially since his inclusion prevented more suitable performers from being featured.

3. How the hell did Acclaim get one thing right--ditching the concept of having one move set for the entire roster--and yet screw up as royally as they did on one feature that would have added graciously to the game: signature moves. You still can't chokeslam with Undertaker, or do Bret Hart's elbow drop, or execute Owen Hart's enziguri. Oh, but you can have Diesel toss someone upward out of the screen or have Yokozuna do a cannonball off the top rope.

4. Of all the wrestlers to showcase as a hidden character, you pick Kwang? Does anyone even remember Kwang? Hell, I think people would be more likely to recall that wrestler's other persona, Savio Vega, and that's saying something. I liked Vega, but he wasn't exactly a mega star in WWF/E.

Anyway, I mainly played enough to recall how the game played. I'll probably play a bit more in the coming weeks and write up a review for it. I'm not doing Wrestlemania on 32X, though, because I aimed to review the Genesis version of that one instead.

Wizorb (PC)- Completed the third world, which has been the toughest thus far.

The Adventures of Rocky and Bullwinkle and Friends (NES)- I attempted to play the game, but the horrible mechanics rendered me unable to get past the first stage. I may play later, because this game is so horrible that I can't not review it. I'll probably go into more detail with the next blog post.

Assassin's Creed II (Xbox 360)- Finally found the time to play this one. Still on Sequence 4, but I completed the mission Novella's Secret. I'm currently inside of an assassin tomb, and I hope to pick the game up again soon. 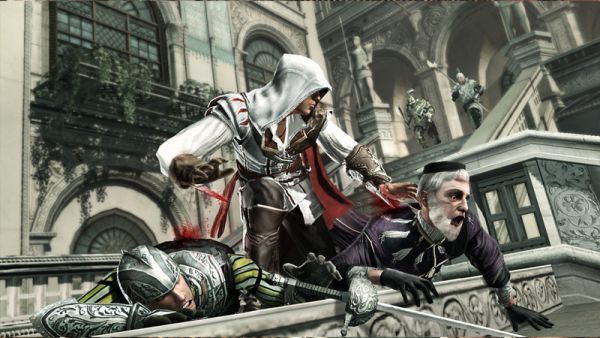