Nothing will be the same after today.

I was a senior in high school when Eric Harris and Dylan Klebold brutally slaughtered twelve of their own classmates and a teacher. Immediately afterwards, my school practiced lockdown procedures, banned black jackets, shut down our lunchroom jukebox, and invited the different students to counseling sessions. In the ensuing media frenzy, people questioned how the boys got the guns, why video games and music were allowed to pollute their minds, and how the parents had lost control. I cant help but wonder if we took away the wrong message from the tragedy.

While film, literature, and music receive their fair share of biting criticism, their views on historical events and social issues are at least tolerated as artistic opinions. Should Super Columbine Massacre RPG! (Massacre) be afforded the same luxury? Creator, Danny Ledonne believes so, but that depends on how you play the game. Presented as a simplistic role-playing game, Massacre will take you back to that fateful day and all the way to its gruesome finale. You are not a student fighting for survival or a teacher desperately protecting your class. You are not out to rescue a princess, stop an alien invasion, or save the world. You are Eric and Dylan, and today your classmates will die. 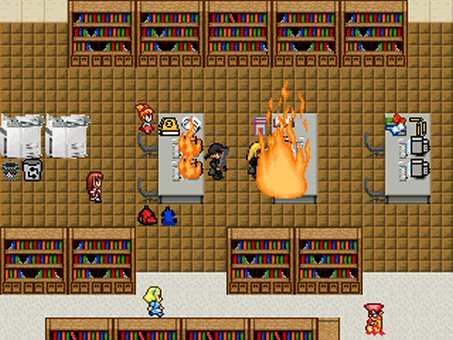 Created with the RPG Maker software, Massacre looks like it was ripped straight from the 8-bit Nintendo library, and bears a striking resemblance to the classic game, River City Ransom. Its not impressive, but it gets the job done. Armed to the teeth with guns, knives, and bombs, you run through the hallways and classrooms to catch the fleeing students. The view changes to a familiar battle screen. Its time to decide how your prey will die. You might choose the simple efficiency of a knife, the devastation of a pipe-bomb, or the spray-n-pray chaos of the infamous Tec-9. Although you have plenty of firepower, you need to keep an eye on your cache of ammunition. Should you level up after a fight, your maximum health increases, you can carry more ammo, and you get even more proficient with your weaponry. A few abilities can even be unlocked to throw your opponent off-guard, like Taunt, Yell & Scream, or Question Faith.

Violence is a major aspect of Massacre, and thats where many critics will probably end, but there is more to this story left to be uncovered. A great deal of dramatic freedom has been exercised to expand the images of Eric and Dylan beyond that of two-dimensional, cold-blooded killers. Through the boys conversations, both real and plausible, we learn about their views, dreams, painful memories, and disdain for a society that rejected them. Hidden throughout Massacre are numerous tidbits to be found, like the video camera they used to record their frightening final message, Erics memory of his first love, and the Marilyn Manson CD that would eventually get the brunt of the blame. Piece by piece, a puzzle comes together.

Massacre never forces us to sympathize with Eric and Dylan, nor does it justify what they did. Instead, it asks us to at least try and understand how they got there. Whether the media, parents, or mental illness was to blame is beside the point. Eric and Dylan were two disenfranchised kids, knocking on the doors of a society that wouldnt let them in. During a flashback, I couldnt help but feel an overwhelming sadness in watching Eric being mercilessly taunted and pushed around the gym locker room. In one way or another, most of us have been in that position. So do we hate a game like this because we do understand, because we have fantasized about such acts, because we are scared of what empathizing might indicate about ourselves? Alternatively, can we abuse the people around us and not expect repercussions? These are some of the questions that Massacre asks of us as we guide Eric and Dylan to their eventual suicide in the school library.

Suddenly, things get a little strange. 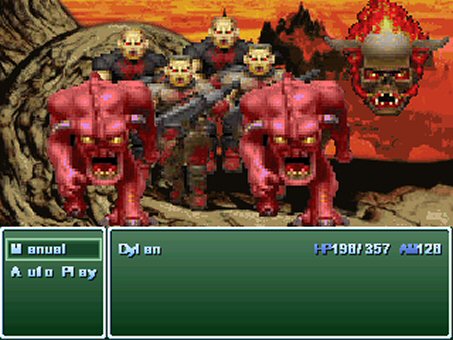 Dead, Eric and Dylan are thrust into the brimstone landscape of Hell, which happens to be just like Doom, right down to the music. The school is only the first half of the game, while the second is a demon-slaying romp through the underworld. If that isnt ridiculous enough, you will run into the likes of Confucius, Jon Benet Ramsey, John Lennon, and Darth Vader. Massacre almost lost me earlier when the boys kill a girl on the toilet, and Eric tastelessly remarks, Wow dude, I think she was on her period. That was bad, but landing in the world of Doom was the final straw. What began as a thought-provoking social critique had degraded itself to the level of a fifth grade fart joke. Massacre didnt just shoot itself in the foot. It blew the whole leg off.

As time went on, whatever points Massacre had raised were lost underneath the piles of bodies. Even back at the school I questioned whether or not the violence had stepped over the line of being purposeful, and into gratuity. As it turns out, you have to kill most of the students if you have any hope of being strong enough to survive in Hell. Then I heard about the speed runs. Clocking in around six hours, Massacre is a very short game, but some players were posting times of only sixty minutes. I felt disgusted. Massacre is only what players make of it, and by not examining objects or performing certain tasks, players miss out on the majority of flashbacks and conversations that are so important to the story. Massacre raises numerous questions regarding the ways in which people relate to one another and the media, but I am not so sure that the people who need to answer these questions will even be bothered to do so.

I am a proponent of pushing the artistic boundaries of video game development. Even so, there is a fine line where social commentary ends, and mindless violence begins. Had Massacre forced players to experience all of the plot points and kept its focus on the events at the school, it may have been labeled as a controversial success. With its recent expulsion from the Slamdance Guerilla Gamemaker Contest, Massacre has already garnered some mainstream attention. I want a higher level of artistic expression in video games, but I am not so sure that I want Super Columbine Massacre RPG! carrying the torch.
2.5/5

If you enjoyed this Super Columbine Massacre RPG! review, you're encouraged to discuss it with the author and with other members of the site's community. If you don't already have an HonestGamers account, you can sign up for one in a snap. Thank you for reading!

© 1998-2020 HonestGamers
None of the material contained within this site may be reproduced in any conceivable fashion without permission from the author(s) of said material. This site is not sponsored or endorsed by Nintendo, Sega, Sony, Microsoft, or any other such party. Super Columbine Massacre RPG! is a registered trademark of its copyright holder. This site makes no claim to Super Columbine Massacre RPG!, its characters, screenshots, artwork, music, or any intellectual property contained within. Opinions expressed on this site do not necessarily represent the opinion of site staff or sponsors. Staff and freelance reviews are typically written based on time spent with a retail review copy or review key for the game that is provided by its publisher.