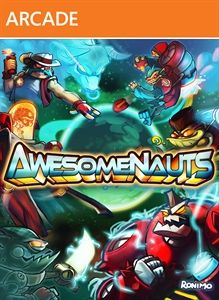 In certain circles, the name Defense of the Ancients (or Dota) is mentioned only in tones of the most rabid passion. Originally a mod for Warcraft III, Dota grew into a separate entity and more or less originated the genre now known as MOBA  Multiplayer Online Battle Arena. Various others have followed  League of Legends and Heroes of Newerth are perhaps the best known  but its the beta version of the true sequel, Dota 2, that has received the most reverence in recent months.

Typically a MOBA sees two teams of player-controlled characters, backed up by weaker AI-controlled characters, attacking each other across a map that is split into several paths, each defended by several auto-firing towers. Its kind of like being on the attacking side in a tower defence game, but with both teams trying to simultaneously attack and defend.

Consoles have remained almost entirely MOBA-free. Part of this might be a control matter; like MMORPGs and RTS games, MOBAs demand precision of control and rapid navigation of menus, tasks which have never sat comfortably with the Xbox 360s side of beef controller or the PS3s TV remote control pad. The only MOBA-like game that springs to mind is Masters of Belial on Xbox Live Indie Games  incorporating all the finest (if slightly simplified) elements of a MOBAexcept for the multiplayer and online portions. Oops. 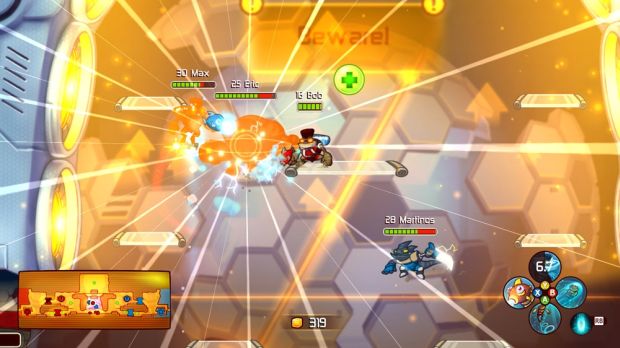 Well, times change. Roaring into view with MC Hammer references and hammy French accents comes new 2D MOBA-wannabe Awesomenauts. Gloating PC purists gleefully point out at every opportunity that console versions of PC games tend to be diluted and simplified. If you can get past their hyena cackles and bourgeois sneers they have a point, and Awesomenauts demonstrates it once again. Rather than the half-RTS, half-action-RPG epics of Dota, console owners get Super Smash Bros with upgrades and defensive towers.

Thats not really meant as a criticism. Awesomenauts certainly lacks the depth of the big name MOBAs but it delivers on most of the important points, and its simplified nature makes it a good starting point for those whod like to try Dota but cant get a beta key and/or dont want to cry themselves to sleep for the 700 consecutive days of continuous play necessary to fully understand the game. You can learn Awesomenauts in ten minutes, and feel tolerably competent within an hour. Opting for side-scrolling 2D rather than top-down pseudo-3D hugely simplifies the arenas and the routes available for attack. The upgrade system ditches confusing crafting system and complex builds in favour of simple skill trees  two unique active powers per character, and a handful of passive health/stat upgrades available to all. 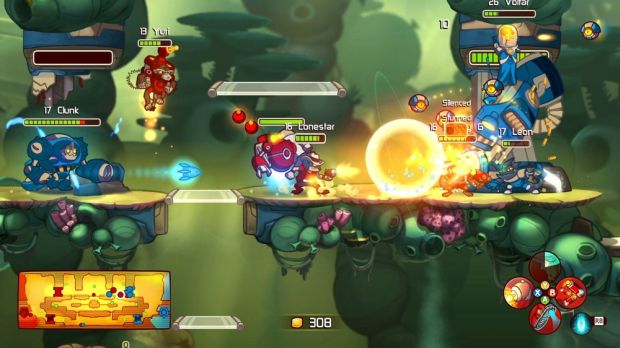 The aim is to assist waves of AI droids in attacking the enemy teams heavily armed towers. With each tower you manage to eliminate, you can advance one step closer towards the final objective  a drilling mechanism that has to be destroyed in order to take the victory. Assaulting towers isnt a simple matter of charging at them, though. If you attack one alone, you will unceremoniously be killed in seconds. You need to at least have some droids on hand to act as cannon fodder, and preferably some fellow players as well. Awesomenauts doesnt let you off lightly for throwing your digital life away. Each death costs you in-game currency, which inhibits your ability to buy upgrades and thereby keeps you as weak and vulnerable as a sleeping kitten. Of course, while all this is going on you also have to prevent the other team destroying your own towers. 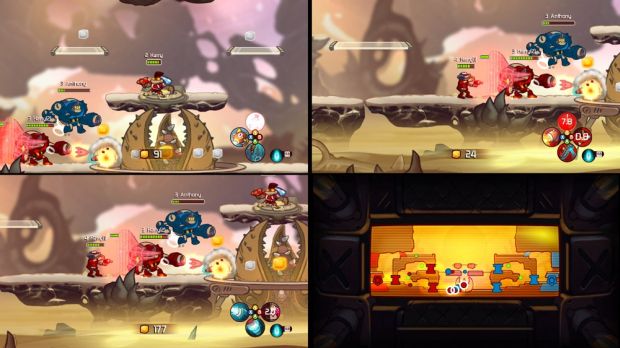 All in all, it plays very well with a controller and its easy enough to learn that it shouldnt put off casually curious players. The feel of combat is definitely more Smash Bros than Warcraft but thats the choice Awesomenauts makes, and its a valid one.

Its not without its deficiencies though. The games cartoony sense of humour, while generally pleasant enough, can grate after a while. Similarly, the arenas dont vary enough to prevent repetitiveness setting in after three or four matches in a row. Perhaps the biggest flaw with the game, though, isnt really anything in the game itself. The problem is console owners. There are legions of high quality, innovative, original, involving multiplayer games on Xbox and PS3, but most have little to no community because the console community is simply far more prone to sticking to familiar ground than the PC community is. On PC, MOBAs and other non-mainstream genres maintain a healthy following; on console, anything outside half a dozen major franchises is lucky to make a dent for more than a few weeks. Im not sure why that is, but it does make me pessimistic about Awesomenauts longevity. How long will the games community last once people start losing the battle to resist the crack junkie siren call of Halo and Call of Duty? Only time will tell. 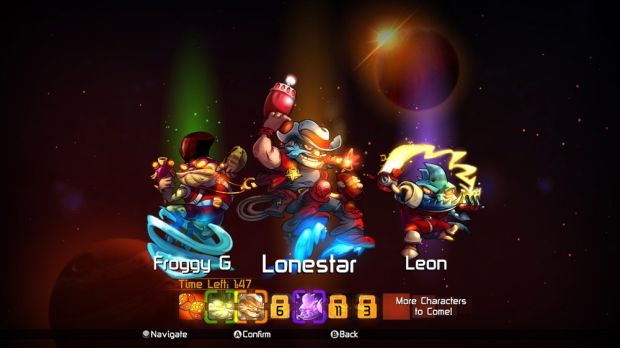 Awesomenauts is easy to recommend simply because its so different from other experiences available on consoles. It brings in the competitive edge that makes online FPS games so popular but does something wholly different with it. If those of us who enjoy Awesomenauts dont just wander off and leave it to die, this could be a lasting multiplayer action gem. It doesnt come close to being a real console Dota but it does at least make the attempt, and produces something worthwhile of its own in the process.

If you enjoyed this Awesomenauts review, you're encouraged to discuss it with the author and with other members of the site's community. If you don't already have an HonestGamers account, you can sign up for one in a snap. Thank you for reading!

© 1998 - 2022 HonestGamers
None of the material contained within this site may be reproduced in any conceivable fashion without permission from the author(s) of said material. This site is not sponsored or endorsed by Nintendo, Sega, Sony, Microsoft, or any other such party. Awesomenauts is a registered trademark of its copyright holder. This site makes no claim to Awesomenauts, its characters, screenshots, artwork, music, or any intellectual property contained within. Opinions expressed on this site do not necessarily represent the opinion of site staff or sponsors. Staff and freelance reviews are typically written based on time spent with a retail review copy or review key for the game that is provided by its publisher.