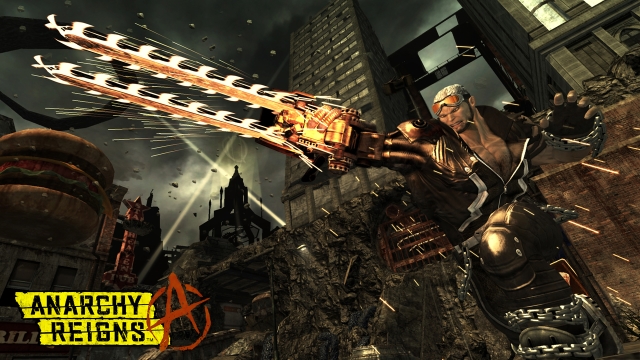 Anarchy Reigns, the online brawler from PlatinumGames and SEGA, has hit a bit of a snag and won't be arriving quite as soon as originally anticipated. Originally planned to release in January, it will now be arriving on PS3 and Xbox 360 in July of 2012.

More specifically, the game will be coming to the US on July 3rd, Europe on the 6th, and Australia on the 5th. The recent announcement that Atsushi Inaba, the game's producer, is now working on Metal Gear Rising: Revengeance as well seems a possible explanation for the delay.

Gary Knight, Senior VP of Marketing at SEGA West, had this to say about the game's delay: "ANARCHY REIGNS brings a new take to the brawler genre and we've decided to take a little more time to deliver the full knockout punch. I can't reveal much now, but it's something to do with scale. Let's just say traditional one on one or two versus two fighters will be a thing of the past..."

The game's eccentric cast of fighters is certainly intriguing, even including a handful of characters from PlatinumGame's MadWorld. Anarchy Reigns is an interesting deviation from many of the standards of fighting games. That gamers will have to wait even longer to get their hands on it is a shame, but, if it makes for a better game, few will be disappointed.