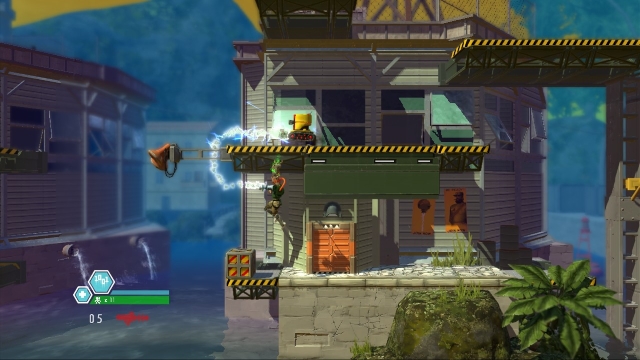 Capcom's brought a lot of games to Xbox Live, many of them remakes of gaming classics from the company's past. However, they've released so many that getting all of them would be an expensive ordeal. Thankfully, Capcom will be lowering that bar of entry with the upcoming Capcom Digital Collection, which will put eight of their Xbox Live games onto a single disc for a comparatively low $39.99.

Final Fight Double Impact includes both Final Fight and Magic Sword, adding unlockables, Leaderboards, and HD filters to these nostalgic arcade games. Several of the other games listed are almost as well-known as these two, adding plenty of appeal to this collection.

Everything about the games, the online functionality, the achievements, and more, are preserved in this release. The Capcom Digital Collection will be making its way exclusively to Xbox 360 this spring.

If you enjoyed this Capcom Digital Collection article, you're encouraged to discuss it with the author and with other members of the site's community. If you don't already have an HonestGamers account, you can sign up for one in a snap. Thank you for reading!

© 1998-2021 HonestGamers
None of the material contained within this site may be reproduced in any conceivable fashion without permission from the author(s) of said material. This site is not sponsored or endorsed by Nintendo, Sega, Sony, Microsoft, or any other such party. Capcom Digital Collection is a registered trademark of its copyright holder. This site makes no claim to Capcom Digital Collection, its characters, screenshots, artwork, music, or any intellectual property contained within. Opinions expressed on this site do not necessarily represent the opinion of site staff or sponsors. Staff and freelance reviews are typically written based on time spent with a retail review copy or review key for the game that is provided by its publisher.