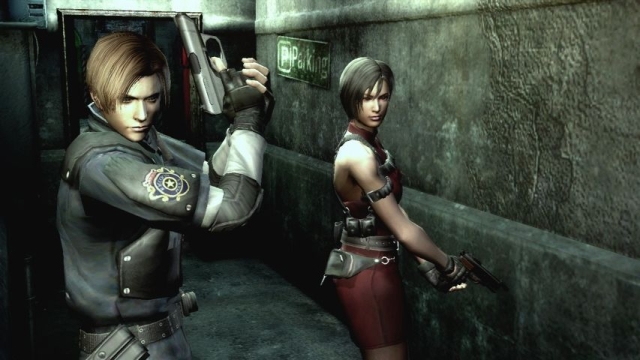 Fans of the undead now have something new to look forward to in the form of Resident Evil Chronicles HD. Capcom announced the PS3 game at a recent event celebrating the franchise's impressive fifteen year history.

Chronicles HD will contain Resident Evil: Umbrella Chronicles and Darkside Chronicles, both of which were originally released for the Wii. These rail shooters cover many of the events throughout the series, offering a fresh take on the older Resident Evil games.

As should be expected of Wii games being ported to the PS3, Move support has been confirmed. Though no US release of the game has yet been confirmed, gamers should expect such confirmation in the near future. Capcom has a strong history of localizing their games, and Umbrella Chronicles has sold over 1.4 million copies since 2007. The only real question at this point is when it will release and for how much.

If you enjoyed this Resident Evil: Chronicles - HD Collection article, you're encouraged to discuss it with the author and with other members of the site's community. If you don't already have an HonestGamers account, you can sign up for one in a snap. Thank you for reading!

© 1998-2022 HonestGamers
None of the material contained within this site may be reproduced in any conceivable fashion without permission from the author(s) of said material. This site is not sponsored or endorsed by Nintendo, Sega, Sony, Microsoft, or any other such party. Resident Evil: Chronicles - HD Collection is a registered trademark of its copyright holder. This site makes no claim to Resident Evil: Chronicles - HD Collection, its characters, screenshots, artwork, music, or any intellectual property contained within. Opinions expressed on this site do not necessarily represent the opinion of site staff or sponsors. Staff and freelance reviews are typically written based on time spent with a retail review copy or review key for the game that is provided by its publisher.