Krystal and the failure on female character development
April 25, 2021 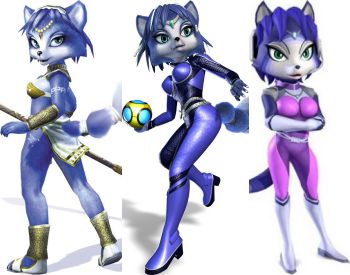 I may not know much on creating strong female leads but I can say that Krystal was not given said growth after her first appearance on the StarFox series. If anything she has been seen as Fox's girlfriend more than an independent character that can stand on her own. Hell in the last known game she was given really piss poor stories and outcomes on what would become of her according on how you finished the game and I can say that in all scenarios she pretty much ends up quite bland no matter what her ending is shown.

It makes me feel like Nintendo just didn't care much about her from the moment she was changed from the transition to StarFox Adventures, something that makes me scratch my head given that it was Miyamoto himself who advised that she would be redesigned to be quite alluring by adding skimpy clothing and a shapely body, all for the sake of being Fox's love interest and little else. Don't believe me? Watch the video below.

That is something curious given StarFox does not have any adult themes I know of, nor it would focus so much on female character looks to the point of turning them into something risqué than being inspiring. On the Dinosaur Planet prototype, we find out Krystal is quite an independent girl, being able to fend off enemies with her staff and even getting into perilous situations while not having to wait for the male protagonist to end up rescuing her after a couple minutes of gameplay. In her transition to StarFox Adventures she loses her staff, gets captured, and has to wait for most of the game till Fox bravely rescues her just in time for HIM to fight the last battle all the while Krystal then falls for him at the end of the game. What a raw deal she was given.

Things didn't seem to pick up after that game either. On StarFox Assault Krystal is now a member of the team as well as having telepathic powers which came out of nowhere, but at the same time she was still considered a weak character by the way she is treated in the game by Fox himself, wanting to play safe whenever she is involved on missions and besides that, there is really nothing much from her end of things other than still being considered Fox's girl. 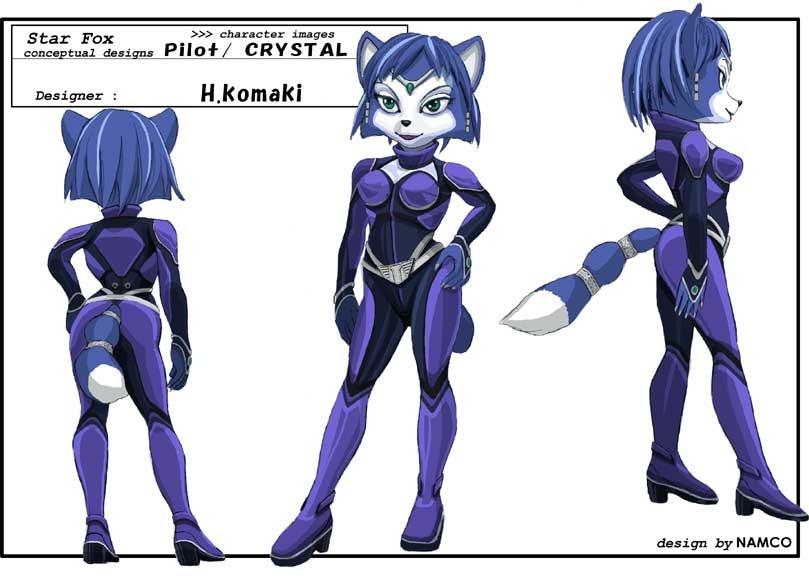 Oh yeah, this is much better.

She would later be on StarFox Command, and you could have guessed that things would get any better with her "growth" in the series. Well, in one storyline Krystal and Fox have a fallout, forcing her to go joining the StarWolf team because she was so upset that Fox would treat her like a weak character, which I will say this was coming at one point or another, but in this storyline she's such an insufferable shedog I can't even stand how she acts throughout the entire thing and in the end you either go back to Fox and have a happy relationship and even become a family, or simply leave him behind for good. How nice. But wait, that was just the cherry on top as there is an ending where things go so bad she changes her name to "Kursed" and becomes so unrecognizable that when she encounters Fox once again he doesn't even recognizes her anymore and don't speak to one another. Holy crap Nintendo why do you hate this character so much? 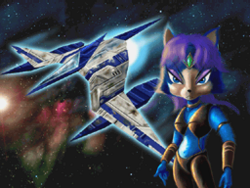 Its quite disdainful that this character seemingly had a strong future in her before being drastically changed and become a love interest more than anything above it, then just smack her around in subsequent games till getting bored with her and plan such horrible outcomes if the player chooses such paths in a game. Well to be honest Krystal has not been the sole female character on which Nintendo had misused, but at least in the case of Samus the change done to her on Other M wasn't so pessimistic in comparison. 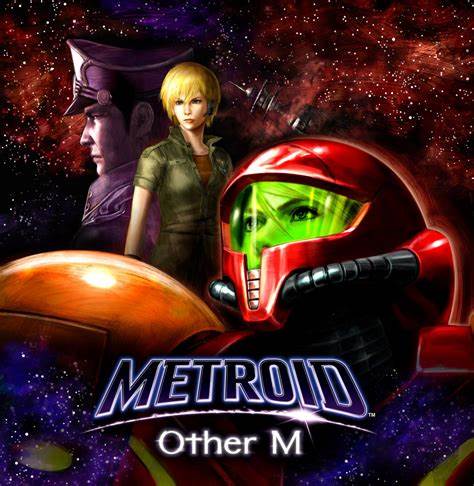 As of now there has not been any news on another StarFox game much less how Krystal will be portrayed, but I guess this would not be of much interest given that the likes of Super Mario games seem to be getting the most attention anyway. I just am saddened that such characters as Krystal that were once someone anyone could allure to as a strong female character was reduced to almost nothing in the end.