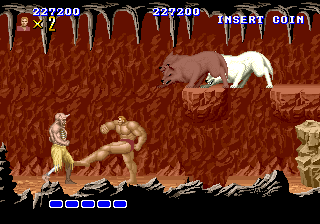 Part of me knows Orson Welles Citizen Kane is a magnificent classic of the silver screen, technically brilliant and ultimately groundbreaking in every way, perhaps the most influential piece of American cinema ever made. Part of me would rather watch Santa Claus Conquers the Martians a tenth time instead.

Years ago, nerds on the Internet started taking gaming too seriously, and no title suffered more because of it than the Sega arcade cabinet Altered Beast. An acne-faced minority that, for lack of a better phrase, just didnt get it sealed its fate; growing technology stabbed what was once its poster child in the back and dug the gwave for its garbled voice acting. It was panned by petty, self-important critics for its technical faults, laughed at for its overly boisterous approach, and callously tossed amongst a ranking of ambitiousless, flat-out careless titles that never even tried.

Too bad Altered Beast did try.

Not only that, it succeeded: whereas the technically brilliant titles of yesteryear now wallow in their good for their time dubiety, Altered Beast remains the same guilty pleasure it always has. Undoubtedly, I think it was its vision all along to become the cheesy cult-classic of the video game world, to be so exuberantly, intriguingly ridiculous it would never be forgotten. Keep laughing at the thought, the absurd notion its lambasted legacy has only helped it become what it is. Its Santa Claus Conquers the Martians. It won. 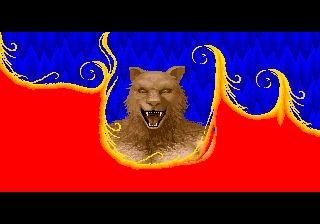 Its the chintzy flame effects enveloping a portrait of the main character as he makes his cinematic man-beast transformation that make it a tour de force of compelling campiness. Its the ridiculously simple premise literally spelled out before the adventure commences: I COMMAND YOU TO RISE FROM YOUR GRAVE AND RESCUE MY DAUGHTER. Its the facial expression to-muscle mass ratio the game implements for its hero, who starts each level with a determined grimace and thin frame, but becomes a bulging gap-toothed goon after two power-ups. Everything, in combination, is so forcefully, deliberately tacky that to judge it with an overly critical eye seems utterly preposterous, because it is utterly preposterous. You dont judge a Will Ferrell comedy on an Oscar scale; its a matter of whether you got bang for your buck.

Clunky, unresponsive controls and spotty collision detection be damned, Altered Beast provides that. Try walking away from this machine without at least a smirk. The faults against AB in these two areas are valid though; it will take patience and playing time before youre able to react timely to pouncing bull men and pitchfork plunging goblins, and though the kicking animation looks like it should be making contact, its not always the case. It would be more technically sound without these issues. That cant be argued.

But these issues contribute to its kitschy appeal, and I argue it wouldnt be a better game if they were resolved  itd simply fall from lovably campy to mediocre action title. Itd be The Astyanax, which was a good for its time action platformer, but whens the last time you heard that game mentioned? Altered Beast is an experience, and fixing any aspect of it would ultimately detract from the overall appeal. I can get used to the fact I need to be a step closer to tail-swinging rodents to kick them in the jaw provided the context is right. This quasi-serious, tongue-in-cheek romp is as brazenly endearing as Monty Python and The Holy Grail  its the very definition of that context. 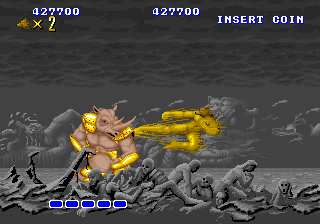 Purple blobs with razor sharp teeth that will chomp down over your entire head! Buff zombies with exposed rib cages you can punch right out of their ravaged hides! Walking wasps and a bizarre manifestation that appears to be a crossbreed of a chicken and a lizard! Forgive me if the point was to take these foes seriously (and I doubt it), but I cant, and I love that about Altered Beast.

It gets better. After three power-ups youll attain your true beast form (which varies from level to level), in turn making you near invincible to this goofy bunch and giving you ridiculous super powers, ridiculous super powers that have nothing to do with your new form! Become a werewolf and throw fireballs at opponents! Morph into the ferocious grizzly bear and not only can you attack by tucking into a spiky ball a la Sonic, but youre also Medusa, able to turn challengers to stone! None of it makes any sense. None of it matters! Finding fault here is like finding fault with an Abbott & Costello routine because of the impracticality of a whipped cream pie being on the windowsill. Youre really just missing the point.

These stretches give way to equally absurd boss battles. In the first, the top half of the monstrosity is a horned, hunchbacked ogre with one wildly muscular arm. His bottom half? An unidentifiable mush of sagging flesh and protruding bone! A later summation turns out to be another bizarrely unique hybrid: part dragon, part snail. Critics somehow stare at this beast straight-faced, never once wondering if Altered Beast meant to be this goofy on purpose. You would think merging a devastating dragon with something as unenviable and handicapping as a snail would hit with the impact of a brick to the face.

In one of the ending still frames, both heroes and villains alike raise frothy mugs of beer in salute of your efforts: 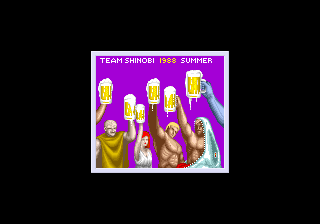 But critics want Altered Beast to change. They want it to be something it never intended to be: a stone-faced action title that had its place in history, where the few who played it at the time can look back and reminisce on fond memories long since past. Altered Beast defies expectation. Its still the same incredibly cheesy, overly campy, utterly ridiculous adventure it was when it was released, and its detractors cant dare stand that people would ever have a laugh at what they devoted their life to. Video games  this is serious business!

But as for me? Well, I wouldnt alter a damn thing.

If you enjoyed this Altered Beast review, you're encouraged to discuss it with the author and with other members of the site's community. If you don't already have an HonestGamers account, you can sign up for one in a snap. Thank you for reading!

© 1998 - 2022 HonestGamers
None of the material contained within this site may be reproduced in any conceivable fashion without permission from the author(s) of said material. This site is not sponsored or endorsed by Nintendo, Sega, Sony, Microsoft, or any other such party. Altered Beast is a registered trademark of its copyright holder. This site makes no claim to Altered Beast, its characters, screenshots, artwork, music, or any intellectual property contained within. Opinions expressed on this site do not necessarily represent the opinion of site staff or sponsors. Staff and freelance reviews are typically written based on time spent with a retail review copy or review key for the game that is provided by its publisher.