I don't know if I'm the most qualified guy to make this proclamation, but whatever, I'm not one to worry about things like that. Dragon Quest III is the most influential console JRPG of all time.

Originally released on the Famicom in 1988 and then brought over to America with the slightly-altered moniker of Dragon Warrior III, this game took virtually everything about prior efforts and made it all bigger and better. The things I loved about this game were legion.

The way its world was designed to appear much like our own Earth. The many character classes,  both great folk to join your hero in battle and people who at least have some attribute making them useful in a pinch. For example, Merchants might be the Dollar General version of one of the good melee-oriented classes, but they can come in handy. Not only do you need one to obtain a key item in this game, but they're useful when you're grinding for money to buy expensive equipment, as their presence can cause enemies to drop extra gold.

I could (and will) go on. The game's simplistic plot has your main character come of age and get quested by the local king to hunt down the Archfiend Baramos and finish the job his father tried to do  an effort that led to his disappearance. You'll go to the local adventurer's guild and pick up three allies of different classes and explore the world, eventually finding and dispatching Baramos. Only to find that isn't remotely close to the end of the journey. Not only will you have to hunt down Baramos' boss, but you'll also experience a fun nostalgia trip in doing so if you've played the first game in the series. 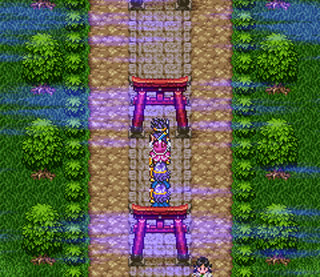 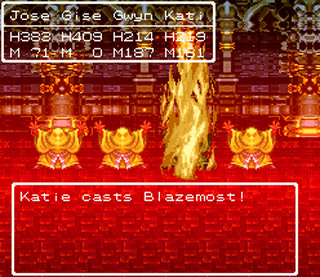 At times, the game feels like a giant puzzle. After you've seen a good portion of the world, you'll realize you need to obtain six differently-colored orbs in order to help you reach Baramos' isolated castle. These things are scattered all over the world, often requiring you to put in work in order to find them. On the eastern coast of the continent corresponding to North America, you'll find an old man looking to build a town. This is where that Merchant comes into play, as you'll need to create one and bring him to that location. From that point on, a town will start up, gradually grow, go through turmoil and eventually result in you earning one of those orbs. In short, this game's world is very intricate. You'll be led to virtually every location because necessary items are hidden everywhere  often only able to be found due to hints given from random people or scavenged from either Nintendo Power or the quite comprehensive instruction book/strategy guide that came packaged with the game.

"But Rob," you're saying. "Why are you talking about this game again? Didn't you review it ages ago?"

Yes, I did review Dragon Warrior III once upon a time. However, this is a series that's super-mega-popular in Japan, so when the Famicom stepped aside for the Super Famicom, it was remade for the Japanese crowd. Due to RPGs not having the same popularity then as they do now, this version may not have made it to our shores, but I've never let things like that stop me before and I'm sure as hell not going to when it comes to a personal favorite!

In essence, this remake is the same game; however, it was greatly improved visually and a number of new features were added. Much like Dragon Quest VI, enemies now are animated, so you won't be simply staring at static images while reading about how much damage they caused  you'll watch Trolls swinging their clubs and see Dragons breathing fire. It also seems that some of those enemies  particularly bosses  received some sort of boost. At least, I don't remember the Japan area's Orochi being such a roadblock on the NES and I'm pretty sure I did not grind for hours in order to overcome the endgame boss rush. 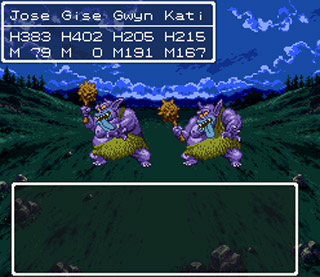 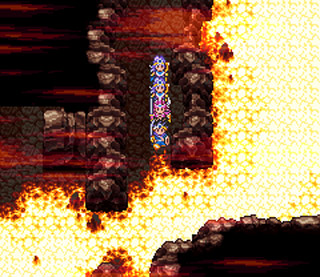 The Mini Medals that were implemented into the mix in Dragon Quest IV as collectibles you could cash in for goods were placed in this game to give you an additional reason to search every single conceivable place. A handful of locations also were added where you can redeem tickets to play a board game in hopes of obtaining gold and items. And, upon completing the game, you'll be able to access a bonus dungeon culminating in a super-tough boss that can grant specific wishes to anyone powerful and skilled enough to topple it.

Overall, this Dragon Quest III is a noticeably improved version of the original where only one addition fell flat for me. When you start a new game, you'll be taken through a handful of scenarios with your answers to what you've experienced determining your hero's personality. And you'll notice when you go to the guild to pick up the rest of your party, they all have their own specific personality, as well. Each of the game's many personalities helps determine a character's stat growths upon gaining levels and can be changed upon reading various books or equipping various accessories. One thing I've always loved about Dragon Quest is how simple and accessible those games tend to be  this addition to the formula seemed to be complexity for complexity's sake. Give someone the wrong personality and watch their progression get neutered until you can rectify that mistake because your mage now is getting more strength and less magic than usual.

But that's a minor qualm that just serves to remind me that even if a game is great, perfection tends to be unattainable. It'd been a long time since I'd played this game on the NES, so it was great to get back to it. At least in my eyes, this was an amazingly influential game and it still holds up today. Even better than expected, really. At times, I have to remind myself that my occasional periods of being burnt out on this genre have nothing to do with actually playing the games, but everything to do with how bloated they can feel due to tons of dialogue and hordes of optional quests that rarely are more ambitious than "kill so many of this monster" or "find so many of this item". Dragon Quest III cuts out that fat and the end result is a slim, trim game that a person can jump into and immediately start making progress and not stop making progress until reaching the ending credits. Something like that deserves to be treasured and I'm going to at least do my part to make sure it is.

If you enjoyed this Dragon Quest III review, you're encouraged to discuss it with the author and with other members of the site's community. If you don't already have an HonestGamers account, you can sign up for one in a snap. Thank you for reading!

© 1998 - 2022 HonestGamers
None of the material contained within this site may be reproduced in any conceivable fashion without permission from the author(s) of said material. This site is not sponsored or endorsed by Nintendo, Sega, Sony, Microsoft, or any other such party. Dragon Quest III is a registered trademark of its copyright holder. This site makes no claim to Dragon Quest III, its characters, screenshots, artwork, music, or any intellectual property contained within. Opinions expressed on this site do not necessarily represent the opinion of site staff or sponsors. Staff and freelance reviews are typically written based on time spent with a retail review copy or review key for the game that is provided by its publisher.