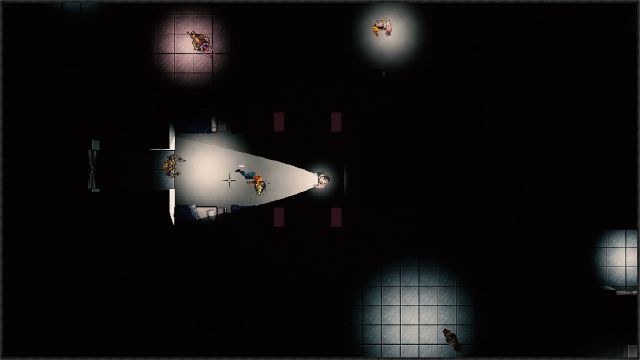 What kind of game is Toxastra? I'm not sure. It seems to be a top-down survival-horror title, but it's also apparently a twin-stick shooter and an RPG. Yeah, I know that almost every game nowadays sports a wild blend of genres, but effective examples of this phenomenon find ways to make their styles mesh and complement each other. With this one, the categories all stand at odds with one other, and aren't helped by the fact that the finished package comes with its share of bugs and snags.

You see, the game presents itself as a survivor-horror affair, where you creep through the halls of a medical research facility overrun by vicious mutants. Any time you bump into one or step into its field of view, it rushes forward to either bash you to death or gun you down. As with any survival-horror piece, you can either consume some of your ammo, mash them with your hammer, or run away. The first option works effectively, except you can only acquire so much of any item per level--including bullets. Once you've picked something up and used it, it's gone for good.

The hammer almost represents a worthwhile recourse, the only problem being that close-range combat leaves you susceptible to damage. You basically end up trading blows any time you choose the melee route, causing you to use up some of your limited restorative goods, like health syringes or bags of potato chips. You can constantly walk backwards to mitigate harm, but even that tactic is only so helpful. Over time, your wounds add up and you eventually either perish or run out of supplies before you make any significant stage progress. 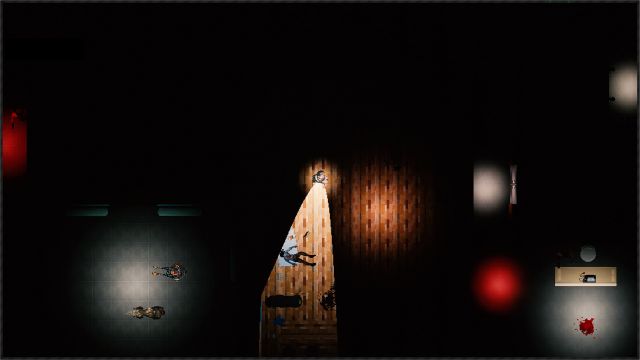 So that leaves alternative number three: avoid combat. Think back to Resident Evil and how you skirted around zombies, taking choice shots to temporarily stun them in the hopes of conserving your precious ammunition and medkits. Unfortunately, Toxastra doesn't offer the luxury of escape most of the time. If melee brutes spot you, there's nowhere you can run to avoid them. They charge at you like the undead from a Zack Snyder movie, pressing right up against you and never giving you a chance to slip away. If you try to escape, you'll just aggro more of them and eventually end up cornered. So you have no choice but to sneak past everything, which is nearly impossible, or fight everything, which is frustrating.

Offerings of this nature usually come with clunky or intentionally flawed battle mechanics to ramp up the fear factor. This one goes a step beyond that notion by pitting you against adversaries who crowd you so badly that you sometimes struggle to discern their sprites from yours, making it needlessly difficult to know just where to aim. Sometimes you'll find yourself popping off shots in one direction, only to realize your target lies about forty-five degrees elsewhere. And as you might suspect, the scenery's constant darkness only exacerbates this snag.

Things get even worse as you explore the complex. Now and then you trigger ambushes that you couldn't possibly have known about or prepared for, that send several speedy mutants to your location to surround you. If you're lucky, you'll come out of the altercation with at least one limb intact. These surprises crop up at key points in the map without any noticeable indication, except that you hear a distant screech before the monsters come racing toward you. 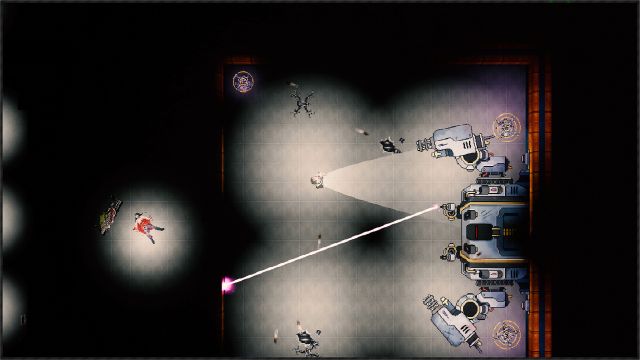 The aforementioned RPG elements eschew traditional features, such as experience and leveling up. Instead, you use a currency of sorts called REN (which you can find in crates) to either alter your statistics or learn "spells." If you're lucky, you might even pick up a stimulant that serves as a perk, granting you a passive bonus. Unfortunately, REN rarely crops up during this quest, so attaining superiority through grinding is out of the question.

And I do mean "starts to come undone," because it's all violently downhill from here...

Your first order of business is to secure a key card for a medical reserve. The game offers few clues regarding where to check for this item, so you end up scouring the whole stage, tediously entering rooms, fending off creatures, inspecting desks and boxes, and nabbing items. This all works out fine until you die. That's when you respawn back at the save point and resume your search. At that point, you might hatch a scheme to bump off some enemies and save scum. Sadly, every time you reload a save file, all standard foes you've defeated return, items you've picked up remain in your inventory, and anything you've consumed has vanished forever.

After finding the card, you search the premises again until you locate another key card. That, theoretically, is supposed to take you to one final card that opens the elevator and finishes the level. I say "theoretically" because I cannot confirm that the thing even exists. I searched that stage top to bottom, offed as many beasts as I could, and couldn't spot that event item anywhere. This led me to one of two conclusions: I completely overlooked the thing or it glitched itself out of existence.

The latter of these two outcomes is not outside the realm of possibility, especially when you consider how many times I attempted to load a save file only to find myself back at the title screen. During one excursion, the game also wouldn't allow me to leave the option menu, forcing me to close the app out altogether and relaunch it. Later that same night, I located my first stimulant and opted to equip it. I did so and it promptly disappeared from my inventory, giving me no boosts whatsoever. 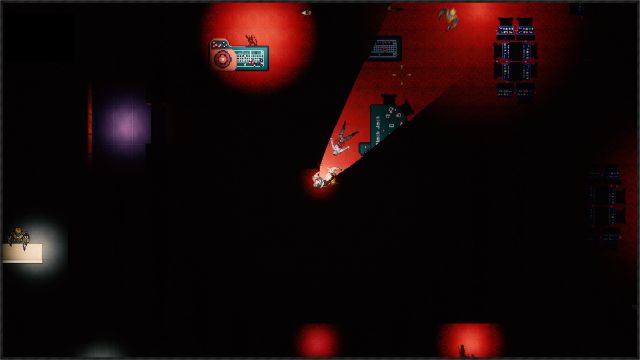 Those aren't the worst offenders, though. My second session with Toxastra began with me finding out my save file from my previous night's work mysteriously vanished. Not long after that, I died and reloaded my progress, only to find that all of my character's stats had been inexplicably set to zero. Thankfully, that situation didn't stick and resolved after I reloaded again, but the fact that it even happened in the first place left me suspicious of this game's stability.

All of these moments added to the avalanche of issues I had with this adventure, transforming it into an unbearable surge of problems. I opened my mission screen and noticed that the second task on my list--finding the medical reserve card--wasn't marked off of my list, even though I had completed it. That, combined with the apparently missing elevator key, broke my patience. There was no way I was going to play any further.

What kind of game is Toxastra? A messy one that struggles to find an identity, and feels like it would've benefited greatly from Steam's "Early Access" program. As a finished product, it's too riddled with bugs to be fully trusted, and tries to take on too many genres without properly balancing their best qualities. There's a solid idea at its core, but it's lost beneath its clashing horror and shooter mechanics and half-baked RPG systems.

If you enjoyed this Toxastra review, you're encouraged to discuss it with the author and with other members of the site's community. If you don't already have an HonestGamers account, you can sign up for one in a snap. Thank you for reading!

© 1998 - 2022 HonestGamers
None of the material contained within this site may be reproduced in any conceivable fashion without permission from the author(s) of said material. This site is not sponsored or endorsed by Nintendo, Sega, Sony, Microsoft, or any other such party. Toxastra is a registered trademark of its copyright holder. This site makes no claim to Toxastra, its characters, screenshots, artwork, music, or any intellectual property contained within. Opinions expressed on this site do not necessarily represent the opinion of site staff or sponsors. Staff and freelance reviews are typically written based on time spent with a retail review copy or review key for the game that is provided by its publisher.