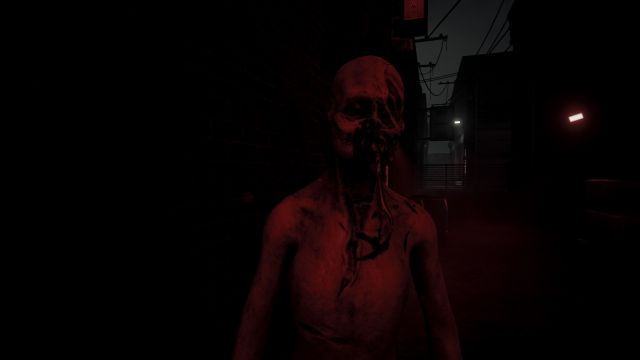 You can easily dismiss the first-person horror adventure Husk as "just another Silent Hill knockoff." It does bear numerous similarities to Konami's classic, but it's not as though Hill is entirely original itself.

An empty, backwater town plagued by an ominous presence? That sounds like Dean Koontz's novel "Phantoms."

Horrific, otherworldly creatures hiding in a fog? Stephen King's novella "The Mist" would like to have a word...

A peculiar alternate reality filled with twitchy creatures and chain link barriers? "Jacob's Ladder" had a bit of that.

A protagonist following an apparition that looks very much like his daughter? I could've sworn that was a key element in "Don't Look Now."

Honestly, vast portions of the horror genre consist of works that are either amalgamations of other stories or pieces that wear their inspiration on their sleeves. Bearing that in mind, it's no surprise that a beloved survival title from the late '90s would inspire a game with similar themes and elements, because that's what great pieces of art and entertainment do: they inspire. Husk should not be written off just because it takes place in a foggy, apparently abandoned burg crawling with malicious beings and implications that there's more to the nightmare than meets the eye... 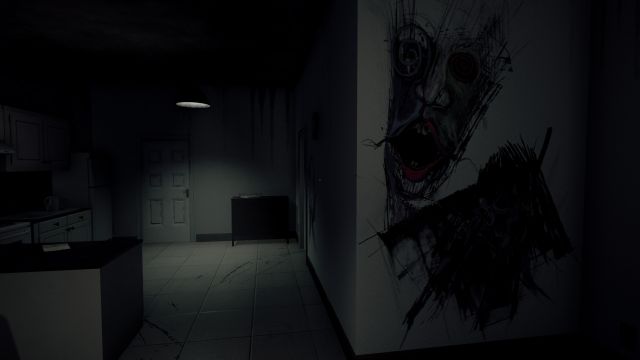 Enter Shivercliff, a fictional fishing community located along the Washington State coastline that serves as the childhood hometown of our protagonist, Matthew. He heads there along with his wife and daughter to visit his estranged father, blissfully unaware that he's literally and figuratively about to go off the rails. Following some bizarre events and a train wreck, Matt becomes separated from his family. Thankfully he comes to on the outskirts of Shivercliff, only to find the whole fish-scented hovel to be completely deserted.

The game dogs you with hints of other life forms shambling in the shadows. You often can't see in the darkness or past the rolling mist in the streets, but you can hear eerie noises and ghastly, partly human gasps and moans. Now and then you also see figures dance by in the distance, and you know you've got some form of company. Music occasionally kicks up, implying you're about to find trouble--or that it's about to find you--and you can't help but feel the tension build. By this point, you have no means of defense. Your only hope lies in your ability to either slither by a foe (if it doesn't see you first) or run away, and you seriously doubt Matthew's limited stamina and plodding jog will be enough to elude a determined, predatory force.

Suffice it to say that the early outs are fittingly tense. You're a sitting duck here just as you are in the other aforementioned town, except this one doesn't even give you the benefit of melee weapon to use against the opposition... 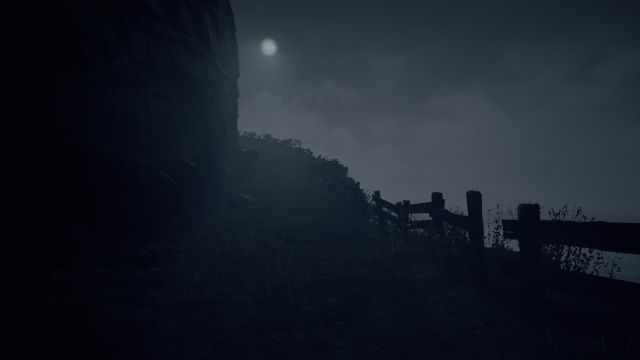 After a short voyage down some avenues and alleys, our man finds various portions of the town dripping with a crude, caustic substance. He doesn't venture far from the pulsating tar before he runs afoul of a monstrous, naked humanoid with a twisted face and a desire for murder. As you suspected, you can't outrun this thing. It leaps upon you before you can get any distance away, eventually strangling you to death with its grubby mitts. You learn early on to either slip by these beasts, or at very least run to the next checkpoint so you'll respawn further into the storyline after the demon wrings the life out of your throat.

Husk is a linear game, rife with fantastic, dreary set pieces. You don't get many opportunities to explore side routes or discover advantageous secrets. Instead, you mosey through a tight course, feeling appropriately constricted by the small amount of space the game permits. You don't get the benefit of a whole sprawling map that allows you to veritably moonwalk past limping adversaries. Instead, you find yourself often caught in corridors with nowhere to run, cornered in alleyways with only small crates to serve as cover, or trapped in a factory where shelving units and conveyor belts create nearly shoulder-to-shoulder walkways that won't let you slip past the hulking, muscular monster prowling the premises...

Though Matt isn't much of a runner, there are occasions where you need to roll the dice on his sprinting abilities. The thing is the game leaves you with so much doubt in his skills that you question if sprinting away is the correct course of action. All you can do is experiment and hope you don't get turned into lunch. One segment, for instance, puts you in a police station where a particularly vicious enemy stands waiting for you in a hallway intersection. Your only possible egress lies through the series of offices down the hall, and you have to hope that you can throw the doors open quickly enough to put distance between you and the humanoid. 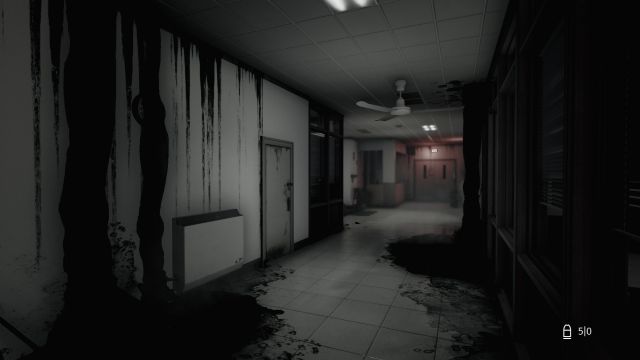 Granted, you do eventually secure a firearm, but ammo comes in pretty limited supply. You should be able to find just enough to deal with almost anything that crops up, though you sometimes fear that you'll run out when you need it the most. You can tell a developer has put a lot of thought into item and enemy placement when you're constantly worried you'll deplete your inventory, yet you always have just enough to eek out a win.

As with any Silent Hill clone, there's always something more to the story than merely, "Oh no, I've accidentally taken a vacation to Nilbog and there's monsters everywhere." Husk presents a compelling enough character study with all sorts of bleak developments and high points, even though it culminates in a predictable and rather worn out twist. Thankfully, it handles this trope more effectively than previous games that have abused it, leaving you with a bittersweet conclusion where characters experience more realistic, human conflict.

By now you've probably realized that Husk falls in the category disparagingly referred to as "walking simulator." A lot of great horror titles over the past few years ended up in that genre, and understandably it's not for everyone. However, that doesn't change the notion that Husk handles its particular class' elements well. It's a taut "scary-walk" with plenty of thrills and terrific set pieces. It's a shame that this is the only title developer UndeadScout has apparently released, because it leaves me wanting more from them.

If you enjoyed this Husk review, you're encouraged to discuss it with the author and with other members of the site's community. If you don't already have an HonestGamers account, you can sign up for one in a snap. Thank you for reading!

© 1998-2022 HonestGamers
None of the material contained within this site may be reproduced in any conceivable fashion without permission from the author(s) of said material. This site is not sponsored or endorsed by Nintendo, Sega, Sony, Microsoft, or any other such party. Husk is a registered trademark of its copyright holder. This site makes no claim to Husk, its characters, screenshots, artwork, music, or any intellectual property contained within. Opinions expressed on this site do not necessarily represent the opinion of site staff or sponsors. Staff and freelance reviews are typically written based on time spent with a retail review copy or review key for the game that is provided by its publisher.