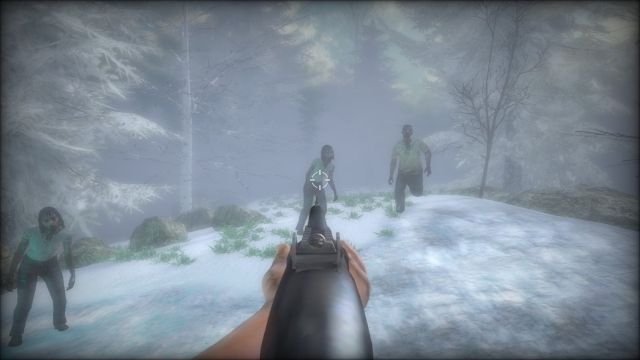 Christmas is that special time a year where you get together with your loved ones, cash in your Steam gift cards, and hunt for awful holiday-themed horror games in the depths of the aforementioned marketplace. You know you've hit true pay dirt when you come across one that's loaded with both zombies and pictures of women, because nothing screams "This game has nothing substantial to offer" more than those two things. Xmas Zombie Rampage is just such a product: a mesh of first-person shooter, horror, and holiday cheer that's so inept it should be listed as comedy.

Hell, maybe it is. I haven't bothered to go back and check...

The premise of this title is simple. You advance through a snowy forest and shoot zombies. When they're dead, you progress a little farther and gun down some more. Once those targets are toast, you amble onward and slay another herd. Again. And again. And again. Eventually, you reach a Christmas tree surrounded by presents, and that's when the game ushers you to the next level. From there, you blast additional ghouls and mosey onward to another Christmas tree, repeating the process until you either finish the campaign or go insane.

In most pieces of zombie media these creatures lack intelligence, but make up for that deficit with strength in numbers and voracious appetites. Here, they're flat out dumb. Your foes might occasionally run at you and take some swipes, but most of the time they stand there and wait for you to slay them. Quite often, you can run right up to them and score a headshot for a fast kill before they even bother to move. Oh, and your default weapon comes with unlimited ammo, plus it can fell walkers with a shot or two. Basically, you slowly traipse through a level, picking off foes as you move while taking minimal damage unless you're extremely careless. Honestly, you practically have to go out of your way to get killed. 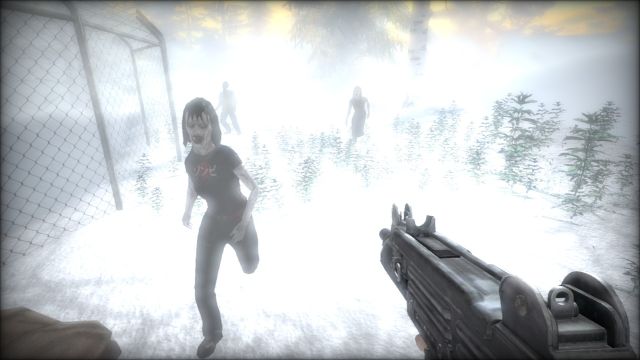 Even when zombies do attack, you can easily outmaneuver them. Hell, sometimes they even get stuck on the relatively flat ground. At that point you have to put them out of their misery, the poor things. Would you want to suffer that kind of embarrassment?

You nab other weapons, too, like an uzi, a revolver, and an RPG. Honestly, though, there isn't much of a point in securing them because they aren't any more effective than your default weapon, a shotgun with infinite shells that can pretty much one- or two-shot anything. The RPG is nice, though, because the splash damage eliminates whole clusters. Still, you can get by without it.

Here's the best part: you don't actually need to defeat a single target, or even fire your arm once. In fact, you can effortlessly finish this entire campaign without a drop of violence. 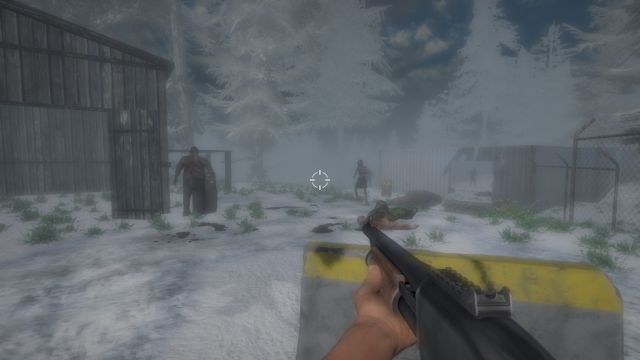 I discovered this because I picked up an uzi at one point and ran out of ammo. Upon discovering it, the game asked if I would trade my default weapon for the uzi, as if implying that I would lose the shotgun with never-ending shells. As a result, I thought it was gone for good after I ran out of bullets, and that I was stuck without a weapon. So I thought I'd try something drastic and just run past all of the zombies. Not one of them flinched. They stood there and allowed me to zip right by, maybe turning around occasionally and giving up the instant I got more than five feet away.

I bumped into these beasts and they did nothing but stare at me. I even jumped over a few of them and they merely stood there and let it happen. For Pete's sake, this game couldn't get the one thing zombies are known for right, and that's being relentless eaters of living flesh and not just grotesque mannequins that sometimes move autonomously. Thus, I bypassed multiple levels without squeezing the trigger, and only ended up choosing violence because I got bored of simply sprinting to each objective. Thankfully, I found that I still possessed the shogun.

It got to the point that I would reach a Christmas tree and say, "Please God, let this be over." Another level would begin and I would groan and fight back tears. After numerous stages, I reached a display of unnecessary sex appeal and a congratulatory message, and I knew that my Christmas wish of release from this tiresome campaign had been granted. 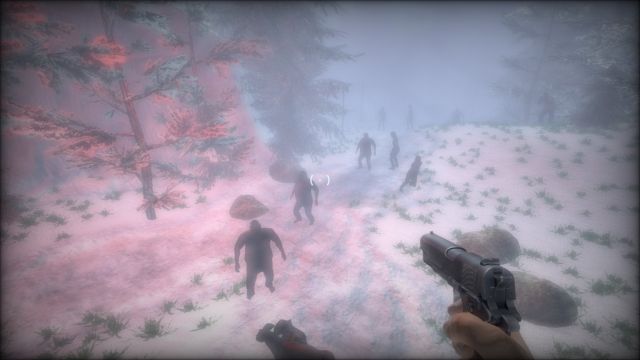 As you can tell, Xmas Zombie Rampage is yet another horror-action title devoid of any sense of entertainment. You can finish it with almost no effort because the opposition is pretty much brain dead and toothless. Even if you try to engage your foes in combat, you aren't going to find material even close to passable. I try to not to dismiss games as merely being slapped together and shipped out for quick cash. However, when you encounter a product whose basic play is this lax, it's hard not to reach that cynical conclusion.

If you enjoyed this Xmas Zombie Rampage review, you're encouraged to discuss it with the author and with other members of the site's community. If you don't already have an HonestGamers account, you can sign up for one in a snap. Thank you for reading!

© 1998-2022 HonestGamers
None of the material contained within this site may be reproduced in any conceivable fashion without permission from the author(s) of said material. This site is not sponsored or endorsed by Nintendo, Sega, Sony, Microsoft, or any other such party. Xmas Zombie Rampage is a registered trademark of its copyright holder. This site makes no claim to Xmas Zombie Rampage, its characters, screenshots, artwork, music, or any intellectual property contained within. Opinions expressed on this site do not necessarily represent the opinion of site staff or sponsors. Staff and freelance reviews are typically written based on time spent with a retail review copy or review key for the game that is provided by its publisher.