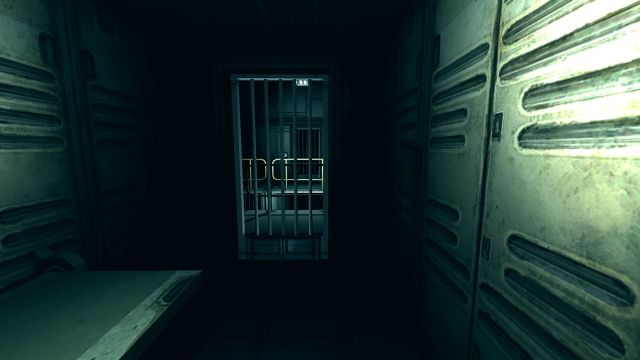 I made a lot of assumptions about the delisted horror game Case #9. For instance, I assumed it would continue the storyline from Case #8, but it did nothing of the such. In fact, the only thing that carried over from that forgettable product was its theme. As with its questionable predecessor, 9 stuck me in a high-tech prison, where I was apparently the sole survivor after something wiped out everyone from staff to inmates. "This sounds awfully familiar," I thought to myself, having anticipated material that wasn't blatantly copied and pasted from the previous piece.

The first segment sees you escaping your cell after accidentally locating a screwdriver you can barely see, then opening part of the wall and messing with some electrical components to open the cell door. From there, you venture into other cells and a guard room to locate event items--one of which sits next to a dead body--and throw a few switches to... access... an elevator...

Now, if I didn't know better, I'd say this is basically just Case #8 with a fresh coat of paint. I mean, it's not exactly the same, but the vibe and campaign design are almost beat for beat the same old song: you snag key cards, read some notes, and venture into an elevator. I'll bet you the next portion deals with lasers... 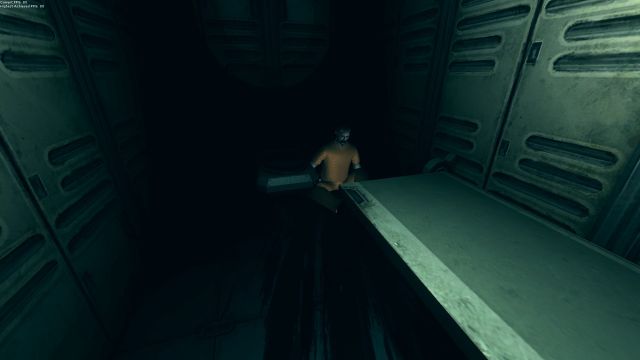 You step forth into the next level, and you're there not even a few minutes before the word LASER appears. And not just any laser, but a laser tunneler. All three of you who played 8 will likely remember blasting through a wall after arranging some lasers. 9 kinda repeats that puzzle, except with less backtracking. This time, all you need to do is find a key card, learn a password, and activate a laser, and you're golden.

Meanwhile, nothing happens. You catch hints of some horrible thing prowling the grounds, but it doesn't make its presence known for a while. Nonetheless, you might assume the thing is going to find you eventually and give you the chase of your life. Although you know such a scene will not live up to your expectations, you anxiously await it anyway. If nothing else, such a scene could break the tedium a little. It's like this game made a promise to you to have at least one "scary" chase, and it just has to deliver.

By now, you should have figured out that this installment is a carbon copy of the original, minus the dream sequence. Instead, you spend the entire outing contained within the dull prison. You might expect me to laud this offering for getting away from the half-assed P.T. clone segment, but the truth is the finished product comes across as even less inspired and thoroughly unoriginal, even without the ripped-off moments. 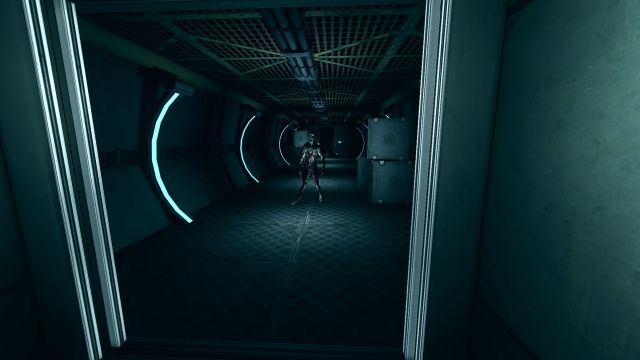 The next two levels provide more of the same content. You get one nearly solid scare where you slip past a lab, catching a glimpse of a scientist working diligently. As you return to that part of the corridor, his blood splatters against the window, and you know you've eventually got to enter the room and grab something from his corpse. You don't want to because who actually wants to go into a room where someone was brutally murdered by an inhuman entity?

At last, the antagonist makes his grand appearance right after you secure a crowbar. You catch sight of him while he stands motionless in an elevator, until he teleports toward you and vanishes, producing a sound that can only be described as a donkey choking on a harmonica. At first, you get ready to say your prayers and reload, but then you find the creature's threat to be empty. He lets you live for reasons unknown, but makes sure mere minutes later to drag a nearby dead body behind a counter, all in the hopes of giving you a heart attack. Obviously, he won't be in sight when you check behind the fixture, so this little fright fizzles out.

At last, you enter the elevator the creature used a minute ago. You turn to see him coming toward you. You expect him to run at horrific speed and stop the door from shutting. Instead, he shuffles toward you like his hip is fractured in multiple places. The elevator door shuts without fuss and you're off to the next stage. The screen goes dark, and you think, "This is it. He's finally going to chase me. I'm probably going to run away easily and sigh at how remarkably dull the chase was, then the game's going offer some half-assed explanation that connects it to the previous one." 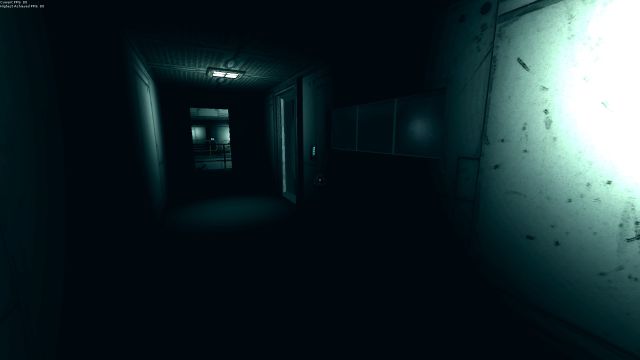 No really. I went into this affair expecting it to show off at least the same level of quality as 8, which was by no means a good or even average title. This one didn't even live up to that expectation. It even disappoints at being merely disappointing, and is instead totally disheartening. It first threatens you with the promise of a horrific monster that serves as the villain, but then only lightly pesters you with it. Imagine a slasher where the killer chases after the cast with a feather duster. That basically sums up this campaign's effectiveness.

Case #9 doesn't even live up to its underwhelming predecessor. It's about the most basic first-person horror game you can imagine, that has positively nothing to offer except a couple of low-tier scares. Again, don't feel bad that you didn't snag this one while it was still available on Steam, because you're missing exactly nothing.

If you enjoyed this Case #9 review, you're encouraged to discuss it with the author and with other members of the site's community. If you don't already have an HonestGamers account, you can sign up for one in a snap. Thank you for reading!

© 1998-2021 HonestGamers
None of the material contained within this site may be reproduced in any conceivable fashion without permission from the author(s) of said material. This site is not sponsored or endorsed by Nintendo, Sega, Sony, Microsoft, or any other such party. Case #9 is a registered trademark of its copyright holder. This site makes no claim to Case #9, its characters, screenshots, artwork, music, or any intellectual property contained within. Opinions expressed on this site do not necessarily represent the opinion of site staff or sponsors. Staff and freelance reviews are typically written based on time spent with a retail review copy or review key for the game that is provided by its publisher.