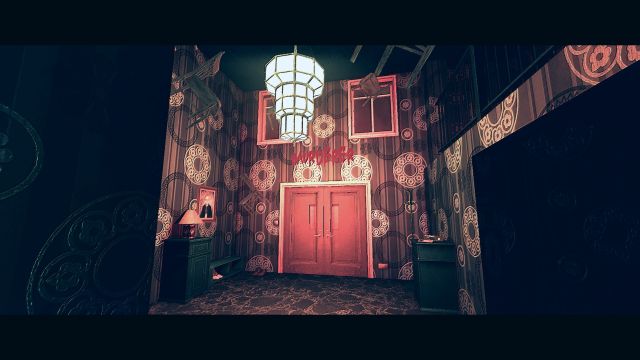 I can deal with horror stories that are cheesy, cliched, nonsensical, or just plain dumb. Hell, one of the films I have in my collection involves a straight-edge biker who becomes a drug-addicted, anthropomorphic turkey that gets its fix by murdering hippies and drinking their blood. Yes, I'm okay with brain-deadening, poorly acted features like this. However, if there's one quality I consider a dirty word, it's "underwhelming."

Sadly, I encounter plenty of titles across a few different mediums that can be summed up with this word. Hollywood loves to churn out low budget, uninspired flicks with worn out scares on a regular basis, plus Steam used to be (and to a lesser extent "still is") front-loaded with forgettable adventure titles that thoroughly fail to leave an impression.

Though this is not an absolute standard, I've noticed games of this nature tend to skip any sort of brand introductions and cut straight to their single-still title screens, such as Case #8. I usually take this phenomenon as an early red flag, and Case fires up in just such a fashion. Despite this, I usually press onward, feeling in my tired, old bones that I'm only going to find disappointment at the end of the trip. 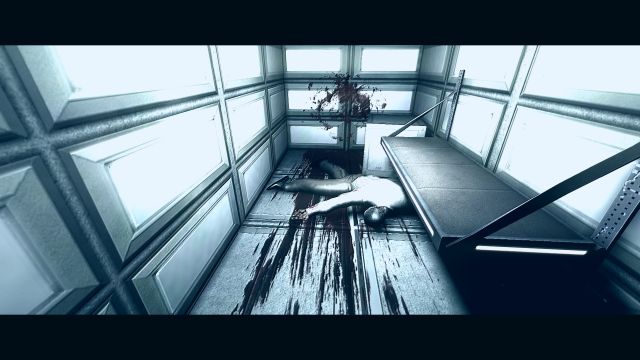 This one starts with you apparently trapped in some kind of futuristic prison. You've been set free from your cell and no one else is present on the premises. So what should you do except wander the cold steel hallways and dark corners to investigate your surroundings. Your search turns up plenty of event items, like handy tools and key cards obviously geared to get you through the several locked doors in the area.

Early on, the game doesn't try to pull off many scares. It unnerves you a bit because the grounds stand empty and dark, and you expect any second that a horrible entity will hop out from behind a corner and hunt you down. You don't acquire any sort of weaponry here, so any threat on your life would only be dealt with screaming, running, tears, and a warm trail of piss left behind as you flee. However, nothing creeps from the pitch blackness of this facility, and you can't shake the ambivalence this absence conjures. On one hand, it's encouraging the developer didn't take the predictable route by throwing a monster at you and forcing you to run away. On the other hand, Case's world only comes away feeling devoid of fright or connection.

Then you eventually take a peak at a monitor and see something inhuman crawling on the walls. Suddenly, you don't want to advance any further...

You would think the next segment would showcase some true terror, with that quick glimpse of a monster serving as a warning. Instead, you enter a region of the prison where you need to activate three different lasers found in various rooms in a certain order, with a whole lot of tedious backtracking. None of this material culminates in anything even close to creepy, and comes across more as additional padding. Hell, none of it is story-relevant or even engaging. You're merely completing a bunch of basic, boring tasks so you can effectively waste time before getting to anything that even resembles "the good stuff." 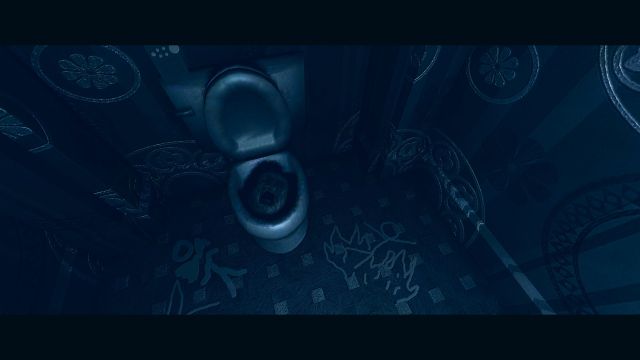 After you blast out a rock wall, you enter a surreal realm apparently outside of the prison. A skeleton stands propped up against a tree, where you can reattach its severed arm to make a staircase appear. That takes you to a gaudy-looking house where you wander around the hallways in an endless loop. Yes, this is yet another horror game that forcefully borrows from P.T., albeit with predictably diminished results. For the most part, you venture in a circle until the bathroom opens. That's when you catch sight of a severed head in a toilet that looks more hilarious than scary, only to turn around and see a skinless humanoid slam the door on you. It opens right back up with nothing waiting for you outside, and you can't help but feel disappointed that still nothing is coming to get you. Even when something does appear, it rejects the possibility of endangering you, preferring instead to serve as a halfhearted attempt at shock.

After some more trial and error, you enter a room where a giant hand reaches out over you. If you hold still, it kills you and you have to start the whole dream phase over again, unless the game crashes while loading your file (as it does about half of the time you reload). After a couple of attempts, you eventually get things going again and discover that you need to respond to the hand the instant it appears, with very little wiggle room. In fact, all you need to do is mosey in the opposite direction and you're golden.

This being your first true threat, you'd think the freaky junk is going to start now. You amble onward, hoping for terrifying content, only to end up in the dreary prison again...

Unsurprisingly, you come face-to-face with unfrightening puzzles that only serve to extend the campaign, where you locate a screwdriver to get into one room, and a fuse that gives you access to an elevator that finishes the level. The only catch here is that the area's temperature is extremely low, causing you to slowly freeze to death. You can alleviate this by periodically standing next to a furnace. 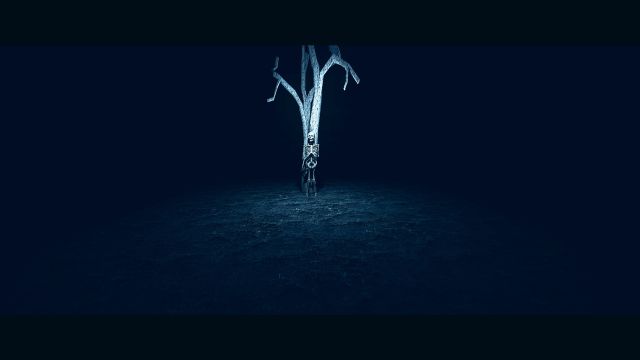 Although this constraint seems to drive up the challenge factor a bit, it also only serves to further extend these tiresome, simple puzzles and drive home the point that Case just isn't a good horror game in any way at all. In fact, it's really just a bare bones adventure game that happens to have a monster that sometimes pops up in a vain attempt to freak you out, though these jolts only fall flat each time.

After pressing the button on the aforementioned elevator, you get to one last, woeful jump scare, followed by nail in the coffin: TO BE CONTINUED. In most cases, you might call this moment the "climax," but the truth is there is no such scene. Case #8 concludes with the same dull, underwhelming whimper that nearly every delisted horror game on Steam musters. If you were wondering if you were missing out since this title fell off Valve's marketplace, rest assured that you actually dodged a slow, tiresome bullet.

By the way, this game actually is continued, unlike other games that conclude with that threat. Its sequel is called--get this--Case #9. How original.

If you enjoyed this Case #8 review, you're encouraged to discuss it with the author and with other members of the site's community. If you don't already have an HonestGamers account, you can sign up for one in a snap. Thank you for reading!

© 1998-2021 HonestGamers
None of the material contained within this site may be reproduced in any conceivable fashion without permission from the author(s) of said material. This site is not sponsored or endorsed by Nintendo, Sega, Sony, Microsoft, or any other such party. Case #8 is a registered trademark of its copyright holder. This site makes no claim to Case #8, its characters, screenshots, artwork, music, or any intellectual property contained within. Opinions expressed on this site do not necessarily represent the opinion of site staff or sponsors. Staff and freelance reviews are typically written based on time spent with a retail review copy or review key for the game that is provided by its publisher.