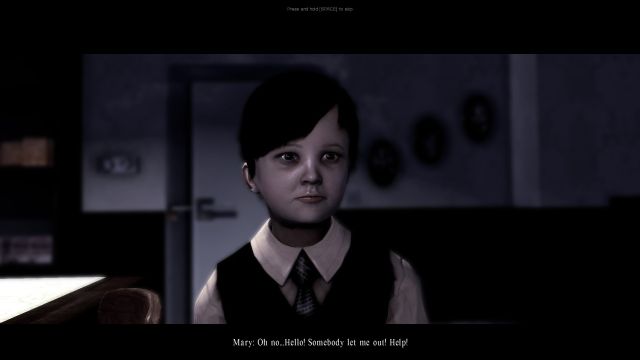 I bought Lucius mainly because it struck a nostalgic chord with me. Screenshots revealed a dark-haired boy with a dead stare plotting the untimely deaths of a whole mansion's staff, with satanic overtones.

They may as well just come right out and name this product "The Omen," because it is ostensibly an interactive adaptation of that 1976 film, albeit with a bigger body count and a hell of a lot more grue and gore. Obviously, this isn't to say that the aforementioned film franchise shied away from grisly deaths, as some of its most memorable moments involve a man's decapitation by a sheet of glass and another dude getting sliced in half by an elevator cable. That's the particular kind of energy Lucius channeled from its inspiration.

The game comes across less as a psychological horror piece and more like a drive-in splatter flick, complete with stilted dialogue and spotty acting. Lucius' grandfather especially waxes needlessly poetic at times, but his lines don't land like the writer didn't know good dialogue. Rather, they hit more like ridiculous B-movie chatter, and captures the game's mood effectively. It doesn't matter if this was the aesthetic the writer sought, because it's no less befitting. 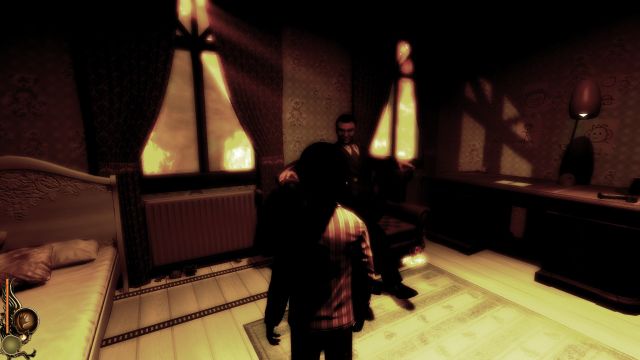 The early phases of the campaign outline perfectly what kind of title this is: a corruption of the point-and-click genre. In those titles, you often embark on soul-searching journeys or solve mysteries using event items you find on your quest. Here, the only "soul-searching" you're doing is looking for souls to offer up to your true father, Satan. You complete the same inventory-based puzzles you would in any point-and-click adventure, except your main objective is to dispatch people in gruesome fashion while making their demises appear to be accidents, suicides, or murders caused by someone other than a seven-year-old Antichrist.

For instance, your first challenge involves waiting for one of the maids to step into a walk-in freezer so you can padlock it, then crank the temperature all the way down. You then have to sneak out of bed at night and swipe the lock, which leaves authorities to believe a mixture of freak accident and poor health undid her.

Over time, things grow slightly more complex. You move on to more elaborate murders that send you looking for objects to aid you in those infernal endeavors, such as crushing a handyman's skull with a wobbly piano. They also involve a bit of observation and trial and error to get things going. After jotting some in-game notes and taking a few hints, you eventually locate nearby items and commence killing. You encounter more of the same in subsequent stages, except with increasingly complicated goals. 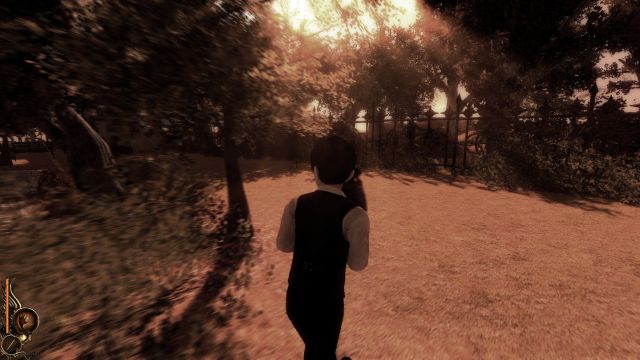 Any mission-based game worth a damn is going to keep outdoing itself, and that's when Lucius' cracks begin to show. For one thing, later tasks send you all over the house to look for goods that easily blend in with the environment. For instance, one kill requires a bottle of water to fill up and pour onto the snow-covered ground so your target will slip, but the bottle itself is difficult to locate. That's because it sits on a small, easily missed shelf in your bedroom, and looks precisely like a forgettable piece of decoration. Other items hide in places you wouldn't even think to check, like a camera positioned on a wall-mounted shelf that sits well out of sight in your grandfather's room.

The hell of it is the mansion is crawling with useless items with which you can interact, such as tea cups and wine bottles that serve no purpose. Your cursor doesn't distinguish between those and event items, so half of the time you don't know if you're hovering your reticle over a potential murder weapon or something Lucius will eventually abandon and forget about.

And yet, the constant fetch quests aren't even the worst part of this mess. Sure, they're annoying, but they pale in comparison to the game's inconsistent targeting system. You see, Lucius eventually gains psychic abilities. You start off with simple telekinesis for moving certain objects or activating devices, eventually getting into mind control that forces people to perform deadly duties. You might ask a guy to stick his head in an active lawn mower or inspire another to blatantly shoot himself with a gun you happen to place on his desk. 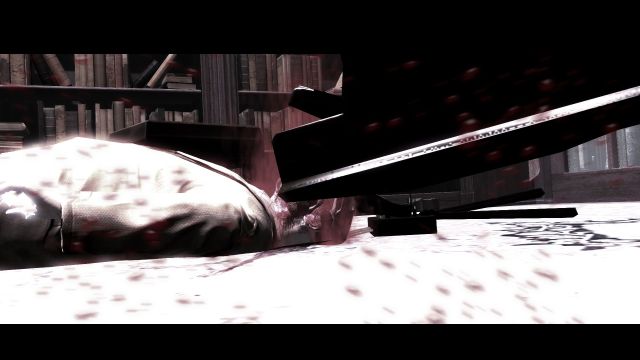 The thing is sometimes these objects don't highlight when you hover the cursor over them, and even when they do they sometimes don't respond when you click on them. For instance, you might experience a bit of trouble in one of the final levels because you need to inspire someone to pick up a nail gun and shoot another person in the head. You only have a short window with which to do this or it's "game over." Sadly, the mind control ability works on the human target, but often gives you a negative response when you click on the aforementioned tool.

Let's worsen things, shall we? I'll use a word that'll make your skin crawl more than this title's premise: stealth.

You only encounter a few sections where you need to sneak through the mansion undetected, but those minuscule scenes are more than enough. The worst of them arrives around stage ten, when you get out of bed to slip into a secret chamber in the wine cellar during a power outage. Pretty much the entire remaining staff creeps about the place with flash lights. If you're spotted, you can use a limited skill that wipes their memories and prevents mission failure. Oh, but for some reason it doesn't work on the mechanic, and if he sees you it's an instant "game over." No, there's no reason for this. He isn't a central character and he isn't relevant to this stage, so we can only assume this oversight is a glitch that was never fixed. 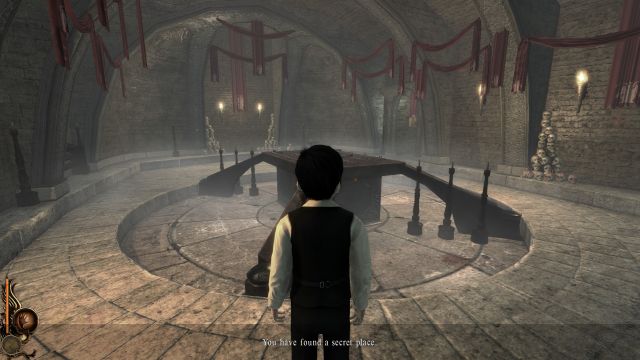 You eventually get into the hidden lair and realize you need glue from your classroom desk. So now you must venture back into the dark mansion and creep past the staff yet again, except this time you notice that some of them are experiencing pathfinding issues that work both to your betterment and detriment. On one hand, some of your foes no longer pose threats because they're stuck trying to walk through doors. One the other hand, you need to go through some of those doors, so your only option is to bite the bullet and be seen, then hope your mind wipe ability works. If it doesn't, you'll have to take the entire stage from the top.

These issues remain constant, nagging presences throughout your adventure such to the point that you don't even blink when you nail one of the final bosses and accidentally send him comically clipping through a wall. You merely take this as due course and restart the battle because you're used to this game not acting the way it should. It's a shame, too, because Lucius sports a truly solid concept as a interactive loveletter to a beloved Richard Donner film, but sadly biffs it in regards to execution. That pun wasn't intended, but I'll graciously accept it anyway. The bottom line is this title offers a terrific, refreshing premise and a charmingly campy setup, only to meet with an unfortunate accident in the form of poor targeting and broken stealth.

If you enjoyed this Lucius review, you're encouraged to discuss it with the author and with other members of the site's community. If you don't already have an HonestGamers account, you can sign up for one in a snap. Thank you for reading!

© 1998-2021 HonestGamers
None of the material contained within this site may be reproduced in any conceivable fashion without permission from the author(s) of said material. This site is not sponsored or endorsed by Nintendo, Sega, Sony, Microsoft, or any other such party. Lucius is a registered trademark of its copyright holder. This site makes no claim to Lucius, its characters, screenshots, artwork, music, or any intellectual property contained within. Opinions expressed on this site do not necessarily represent the opinion of site staff or sponsors. Staff and freelance reviews are typically written based on time spent with a retail review copy or review key for the game that is provided by its publisher.