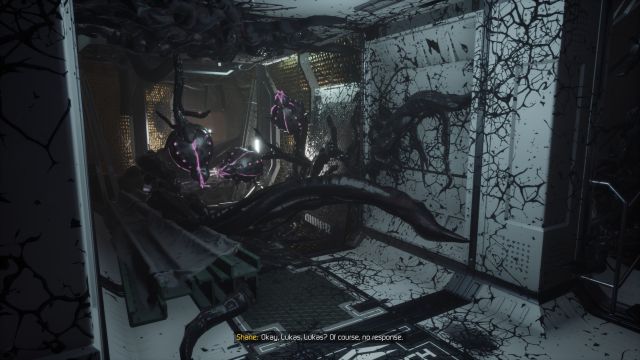 Sci-fi horror manifests in a wide variety of ways, and Moons of Madness could have easily utilized any one of the hundreds of sub-categories: first-person shooter, point-and-click adventure, "run away from a monster" thriller, room escape, or even a survival roguelite similar to Distrust. Hell, it could have been your run of the mill walking simulator or basically a haunted house product set in a Mars space station. Instead the game takes a varied approach and ends up becoming a very special offering as a result. Granted, it may not make a thoroughly great addition to the horror genre, but it nonetheless remains a memorable one.

At first, it thrusts you knee-deep into terror without giving you much context. You awaken at a research facility on Mars to find it crawling with some unspeakable alien corruption oozing out of every crevice. In a fashion similar to room escape titles, you eventually figure out how to mosey about the premises and investigate what could be happening. It isn't long before something creepy happens, but without any sort of storyline or context it comes across as nothing more than random scares without rhyme or reason.

And that's when you wake up for real...

Obviously the initial sequence transpires in a dream. You might think ironically that the nightmare truly begins when you awaken, except that things get off to a rocky start after that. Sure, at this point the tale lays the groundwork and backstory that gives context to the nightmarish and eerie imagery that follows, but it drip-feeds you details so slowly in the opening outs that you might end up losing interest before advancing significantly. 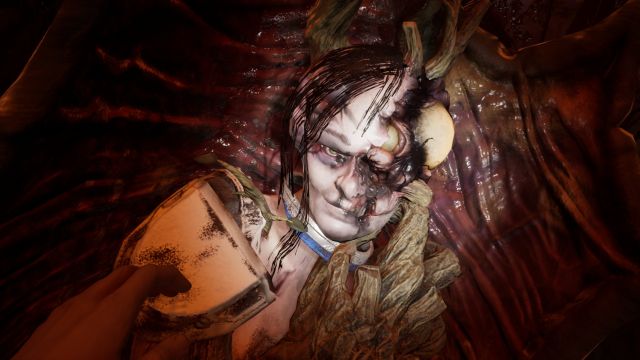 Meanwhile, protagonist Shane has a lot of busywork to finish up, and that's where Moons hits its first stumbling blocks. The entire campaign offers befitting puzzles to solve, but most of them are tedious and require a lot of tinkering with machinery. The first of these tiresome tasks involves manually resetting some solar panels by connecting to them with a device you keep on your wrist and manipulating them to and fro until you hit an optimal position. Bear in mind that this all takes place after you trudge through miniature obstacle course and discover that you need some event items to get things going. That additionally requires you to venture to a small hub nearby, where you scour the grounds for the needed goods and pore over some notes left behind on computer terminals. Admittedly, the reading material left behind in this adventure not only feels organic (unlike randomly scrawled notes found in most horror titles), but remains decently written and adds personality to the finished product.

After a few laborious segments, the real terror begins. This is where we finally see the game's approach to the sub-genre reveal itself, knowing it could have gone in any number of directions. It's pretty obvious from the get-go that it's going to incorporate Lovecraft's cosmic horror and commentary on the relative insignificance and ignorance of humanity, but you have to wonder where it goes from there. Are we talking H.R. Giger type artsy/semi-erotic type stuff, or Roger Corman "midnight movie" chills? Is this title going to feel like an early Ridley Scott flick, or a '50s-era weirdness tale with obvious references to communism and/or the "Red Scare?"

The truth is the game ends up trying to balance a boatload of different styles to varying effect. It sports a lot of Lovecraftian material, with unpronounceable names, powerful entities, and characters going insane as they're exposed to ancient Martial knowledge. At the same time, the story indulges in drive-in chills with weird monsters that chase you. The earliest of these segments see you investigating a greenhouse, where a humaoid plant creature stalks the grounds. Though this sounds like your average Slender or Amnesia type of stuff, the game does a great job balancing these segments. You don't wander around and chance upon the creature, but encounter it during a rather cinematic and fairly linear chase. The great part about this is a few points sport some branching areas that leave you questioning which way to venture. You'll sometimes mosey down one of those pathways, only to find the creature crawling out from behind a corner and giving you a heart attack while you struggle to reroute. 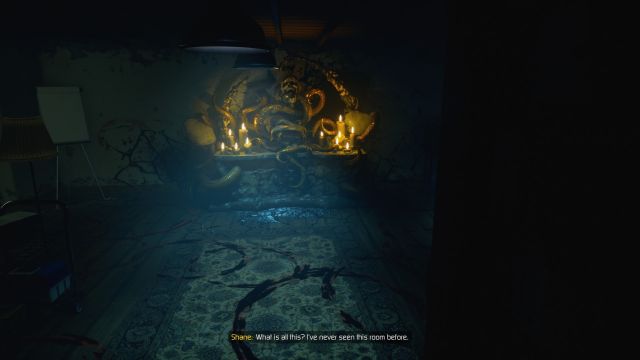 Sadly, the greenhouse segment features more chore-like nonsense, like messing with device settings and locating event items. Get used to it, because this brand of padding crops up throughout the campaign, and presents itself at its worst when you need to adjust a satellite dish in an attempt to communicate with your coworkers. The hell of it is you eventually realize that whole section is unnecessary and could have been edited out of the game as a whole, because it sees you going right back to the base you just escaped, realizing you were too late in warning your comrades not to go there.

After the greenhouse, the experience gets surreal. You fall into a dream-like realm where a bright red tendril attempts to kill you by sneaking up behind you. Any time you gaze upon it, though, it retreats. The kicker is you can't always look at it because you sometimes have to focus your attention on various other things to solve puzzles. Set pieces from Earth find themselves intertwined in the extraterrestrial landscape, in places where rooms from Earth become partially embedded in a Martian cave system. It's also at this point that empty space suits occasionally pop up to chase you all over the place, not unlike the aforementioned plant beast. 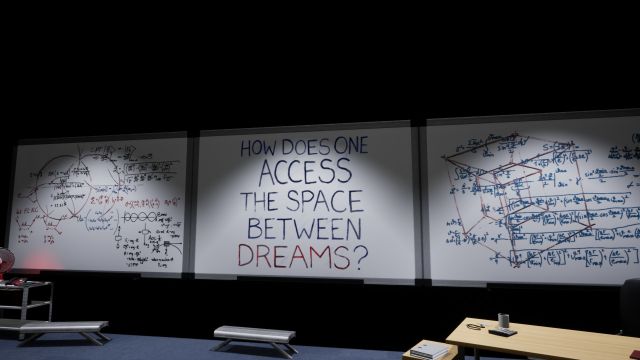 The further you venture into this title, the weirder, cheesier, cheaper, and more incoherent it gets. Characters begin speaking in that old timey Lovecraft style, complete with out-of-place, needlessly grandiose dialogue that almost no one alive today would mutter. However, the dialogue meshes well with the game's semi-B-movie style, so it's easy to overlook, even if it is a bit cringe-inducing at times. Sadly, as this adventure becomes more unhinged, you run afoul of some moments where you die for mysterious reasons. At a couple of points, you perish simply because you unknowingly took the wrong path. One second thing are fine, the next you're covered in gnarled branches of mutant plant and you're dead.

Look, Moons of Madness is not without its missteps, but it's also not without a charm all of its own. I may not love this title, but I definitely appreciate it because it offers the kind of experience that stands out and presents a refreshing break from the umpteenth haunted place or abandoned location crawling with strange monsters. Granted, maybe this affair should have picked just one approach rather than trying to be Lovecraft via Corman via Stephen King via Ridley Scott via any other sci-fi name you can drum up. However, conforming to just one style could have meant losing the far out story we received, and that would have been a shame.

If you enjoyed this Moons of Madness review, you're encouraged to discuss it with the author and with other members of the site's community. If you don't already have an HonestGamers account, you can sign up for one in a snap. Thank you for reading!

© 1998-2021 HonestGamers
None of the material contained within this site may be reproduced in any conceivable fashion without permission from the author(s) of said material. This site is not sponsored or endorsed by Nintendo, Sega, Sony, Microsoft, or any other such party. Moons of Madness is a registered trademark of its copyright holder. This site makes no claim to Moons of Madness, its characters, screenshots, artwork, music, or any intellectual property contained within. Opinions expressed on this site do not necessarily represent the opinion of site staff or sponsors. Staff and freelance reviews are typically written based on time spent with a retail review copy or review key for the game that is provided by its publisher.