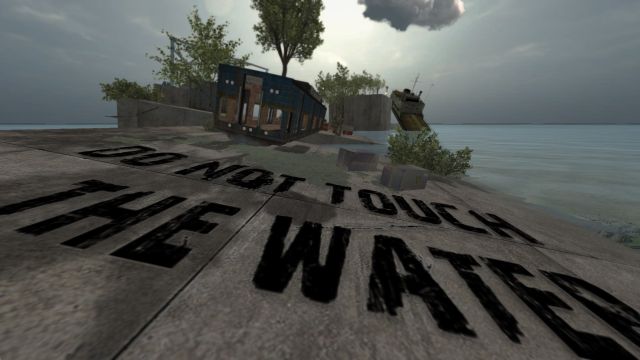 Ages ago, Steam's gates swung wide open, allowing pretty much anything to populate the digital store. A deluge of titles crafted from free or cheapo engines swept across the marketplace, inundating numerous genres. Dating sims, cheesy RPGs and horror adventures became dime a dozen, and for a while locating a decent platformer in the sea of awful ones was all but impossible. Valve, apparently realizing that their open door policy was doing more harm than help, sought to weed out some of the asset flips that emerged around this time. This is why I now see a lot of blank preview panels when perusing my list of indie horror acquisitions.

Logic should dictate that delisted and obscure games only offer lackluster material, and should be dismissed. However, I like to give anything a fair shake regardless of its current availability. Locked-in's current absence from the marketplace shouldn't be taken as a definite mark against it. Rather, it's more of a warning sign...

To be fair, the early outs of this adventure work hard to ease your fears. The experience begins with a brief animation and a quick flash of the developer's insignia, before dropping you off in a surreal landscape. You pop up amidst a collection of concrete platforms in the middle of an ocean, with the occasional random object on the ground or a tree jutting out of a surface. You mosey along a short ways before entering a wrecked tram, and that's when you run afoul of your next omen. 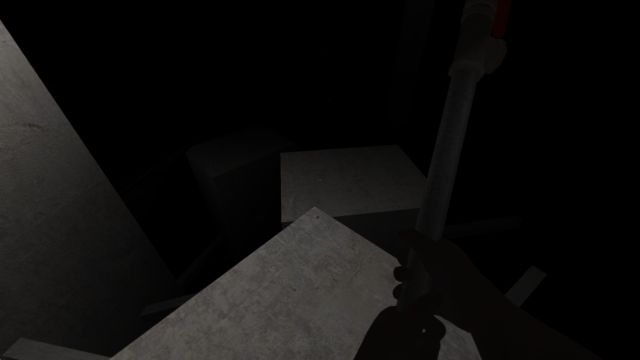 To leave the upturned transport, you must leap through a doorway on the far end. Sometimes the jump command doesn't respond, leaving you staring motionless out the opening. When you finally take to the air, though, you don't pass through the exit as you should, as an invisible outcropping apparently catches your feet and sends you falling back into the car. Ultimately, you end up hopping repeatedly until you just happen to pass through. You hope this is only a one time snag, and that it doesn't crop up further. But deep down you know this problem will persist, and that you're going to scream at your monitor because of it.

You press onward, making your way through a small obstacle course before pushing through another doorway and into a strange construct. From here, you descend a stairway and find another entity, fastened to a brick wall: a man made entirely of plaster. You can't quite make out what he says, but it's either "Help me" or "Kill me." Hell, given his circumstances, I'd say those two commands are pretty much the same thing. You pass by this harmless creature and eventually ascend to a plateau of sorts, where sinister music kicks in...

Locked-in syndrome red flag number three: combat is dry, and the main antagonists are not frightening in the least.

Not long after the BGM tunes up, three plaster men crawl toward you like dogs, just begging for you to bash their skulls in with a pipe wrench you found a few minutes ago. Battle plays out a bit like a terrible dance routine. You wait for a foe to draw near, and you step a little back as it launches its first assault. After its attack animation ceases, you move in and pop it a time or two with your wrench. After three blows, any target (yourself included) perishes. Every fight plays out in this clunky, tedious, unexciting fashion. 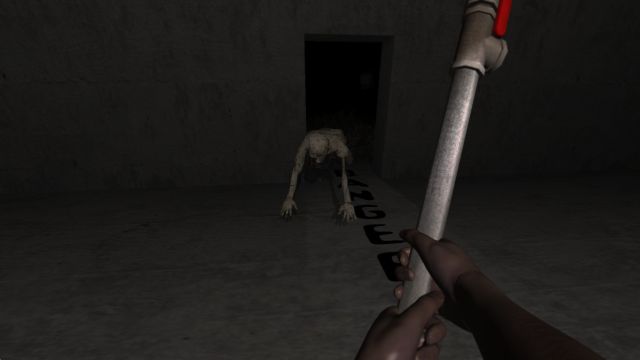 Encountering enemies never feels like a desperate struggle or a terrifying event because of these clunky scuffles. More than anything, when the music returns you just groan and roll your eyes. It also doesn't help that you only run afoul of two different types of adversaries: a crawling plaster man and an upright walking variety. At no point do these guys stir up any emotion even resembling fear. Rather, they serve only to irritate, and their presence in this experience is almost unnecessary. I say "almost" because their design does tie into the big reveal at the end, so at least they have that going for them... It's just a shame they weren't presented in a creepier light.

The only things that truly haunt you in this adventure are the aforementioned red flags. What few scares the game has to offer revolve around the unfrightening plaster men, and fall flat as a result. One scene, for instance, attempts to freak you out with a couple of crawlers positioned behind some crates. However, the combat theme gives their presence away, completely ruining the "surprise."

You didn't heed the red flags, so you're stuck with it now...

Worst of all, Locked-in decides to try its hand at platforming, and this is where the title biffs it the hardest. During numerous segments, either the jump function decides it doesn't want to work, you inexplicably fail to hop onto an item (e.g. a crate or a ramp), or you become stuck to the environment. Sounds familiar, right? The worst instances of these issues crop up during a challenge where you must ascend a scaffolding made mostly of rotting planks. Throughout this section, you leap back and forth between the tower itself and ramps attached to a nearby wall. Sometimes you'll stop just short of a platform, as if you've struck an invisible wall, and plummet to your death. Other times, the space bar fails to function and you miss a jump, dropping to the cold stone below. 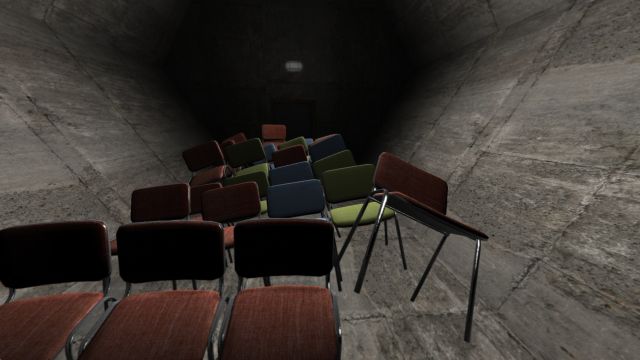 Another segment not long after this requires you to grab crates and stack them, except they constantly slip out of your grasp for no apparent reason. Eventually, you use them to climb over a wall and plop down where another "grab and drop things" puzzle ensues. Sadly, this one should be even easier because you're merely grabbing random items and tossing them onto a giant pressure plate that you shouldn't be able to miss. However, the goods you pick up don't even remain in your hand for the wee seconds required to carry them a few feet, as they constantly slip from your grasp. Yet again, this phenomenon serves to underscore the dodginess Locked-in's mechanics.

The good news is the campaign runs very short. Even with some of the previously discussed difficulties, it should only take roughly an hour to complete. Then you can witness the big reveal in all its glory, and grimace one final time as the twist turns out to be couple of huge, worn out cliches rolled into one, tiresome revelation that ultimately squanders the wonderfully weird world this game created.

All of which goes back to the warning signs, because almost every game that bears those problems turns out to be an uninspired, underwhelming piece with an unsurprising conclusion. Look, I know this title isn't your typical "bad Steam horror game" fare because it actually offers some imaginative concepts. However, a few red flags still crop up, and the whole affair leaves you thinking that perhaps you should've heeded them.

If you enjoyed this Locked-in syndrome review, you're encouraged to discuss it with the author and with other members of the site's community. If you don't already have an HonestGamers account, you can sign up for one in a snap. Thank you for reading!

© 1998-2021 HonestGamers
None of the material contained within this site may be reproduced in any conceivable fashion without permission from the author(s) of said material. This site is not sponsored or endorsed by Nintendo, Sega, Sony, Microsoft, or any other such party. Locked-in syndrome is a registered trademark of its copyright holder. This site makes no claim to Locked-in syndrome, its characters, screenshots, artwork, music, or any intellectual property contained within. Opinions expressed on this site do not necessarily represent the opinion of site staff or sponsors. Staff and freelance reviews are typically written based on time spent with a retail review copy or review key for the game that is provided by its publisher.