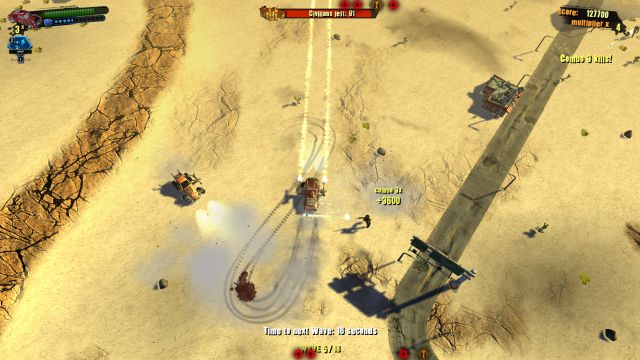 Now and then I browse Steam for a simple action title, and typically discover a product with a brief and exciting campaign (such as Alien Shooter). Sometimes, though, I end up with a tedious, tiresome affair that lacks variety or substance. Granted, I understand that such games tend to skip those two factors and opt for a more minimalist approach. However, it's not as though there aren't basic features they could include to maintain a player's interest while remaining uncomplicated. Alien Shooter, for instance, accomplishes this feat by bumping up the ridiculous number and types of foes you battle in each stage, and Infected succeeds by providing you with crazier weaponry and steadily tougher challenges.

...then you have Wasteland Angel, which is not only dull, but also hampered by technical issues.

If you've played level one of this post-apocalyptic product, you've pretty well experienced the whole shebang. Its title might stir memories of "Mad Max" or an open world adventure like the later Fallout entries, but its campaign places you in simple, confined arenas rather than sprawling wastelands. In each of them, you must defend a town or two from marauders, which you accomplish by driving aimlessly whilst barraging antagonistic vehicles with bullets. It doesn't take much to fell a standard opponent, and even the heavy ones croak with little effort. This might sound like a fairly straightforward killing affair, but the truth is you need to be somewhat vigilant. Now and then a huge van or tank parks next to one of the communities (represented by a small cluster of buildings within the area) and kidnaps citizens. That's your cue to rush over to them and dispatch the slavers before they drive away.

Murder can be lucrative for you, as each death nets you some points and sometimes provides you with a sub-weapon or artillery upgrade. For instance, some power-ups transform your standard pair of Gatling guns into armor-piercing rounds, incendiary shells or even homing rockets. 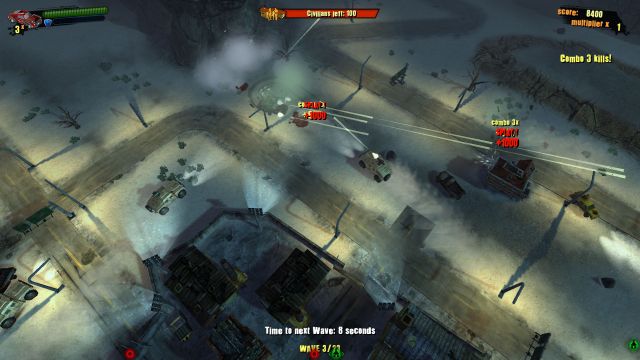 After you reduce the opposition to charred remains, you advance to the next stage. There you perform the same tasks as before, except during a different time of day. After that, you'll mosey on to a boss encounter and then to a bonus stage, wherein you play the game in a first-person mode in an attempt to rack up some bonus points that technically do nothing for you. In other words, Wasteland Angel is your standard vehicular action piece. Every level features only the most basic sort of combat, with surroundings that evolve only on a superficial level. There are no additional features that crop up as the game advances, save for fresh sub-weapons every now and then. Thankfully, it's at least stable and its mechanics run smoothly enough, so there's very little room to complain about unfairness or unplayability on a physical level.

I wish I could say that I didn't bump into any snags and that this title was at least average. Sadly, I did run afoul of a couple of complications, especially when it comes to boss stages. As with the rest of the campaign, each boss encounter is nearly identical. You spend the early portions of the level building up your supply of sub-weapons, which are necessary for defeating the upcoming villain. Once he makes his grand appearance, you need only to draw the dude towards you while you launch your sub-attack, usually in the form of a napalm trail or a line of mines. If you're lucky, the enemy vehicle will drive over most of your traps, leaving you to sit back and watch as his health meter depletes. If you're not so fortunate, though, you'll fall victim to the boss's ultimate technique: faulty enemy AI.

If you've played this title even briefly, you may have noticed that your adversaries are idiots when it comes to pathfinding. They drive into obstructions and fail to reroute, becoming easy prey. Bosses, on the other hand, become impossible when this occurs. When they get stuck due to pathfinding issues, they're no longer able to drive over your traps, rendering them functionally invincible all because of their stupidity. I have discovered that you can, given the right circumstance, drive on top of a boss for a few seconds and drop a couple of bombs on them. However, they only receive a few blows at a time in this way, so this alternate strategy is terribly inefficient, especially when you're up against a tank who can strip away large portions of your hit points with each shot while taking only minimal damage himself. 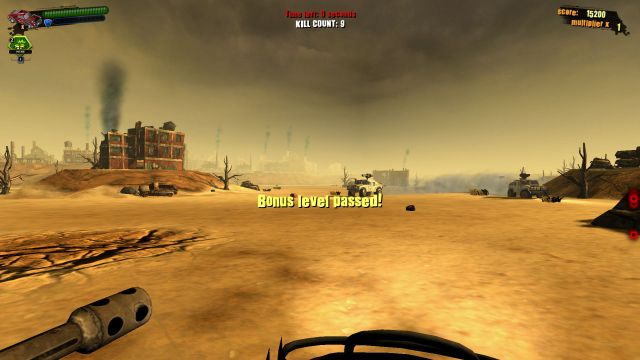 The absolute worst, though, is the game's save glitch. During my playthrough, I defeated the fourth boss and advanced on to the next region. When I reloaded my file later that day, it indicated that I was still at the fourth boss. Bear in mind that this was after losing to that maniac several times because of the previously mentioned issue. It took numerous tries before I managed to keep the boss away from an environmental fixture long enough to kill him, but that didn't matter now because my file failed to save.

If you've been eyeing this title because it looked like Twisted Metal via Fallout, except in a top-down perspective, I'd say save your money. Steam and other marketplaces offer hundreds of simplistic action games similar to this one, except without awful enemy AI or saving glitches. While Wasteland Angel might seem like it could scratch an undemanding itch for senseless killing, speedy driving and Michael Bay-ish explosions, its issues prevent it from being even...

Dare I say it? 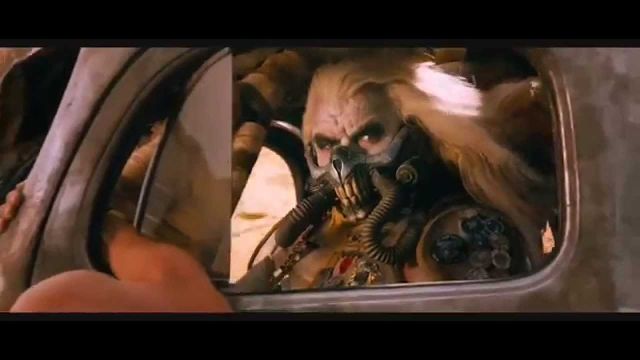 If you enjoyed this Wasteland Angel review, you're encouraged to discuss it with the author and with other members of the site's community. If you don't already have an HonestGamers account, you can sign up for one in a snap. Thank you for reading!

© 1998-2021 HonestGamers
None of the material contained within this site may be reproduced in any conceivable fashion without permission from the author(s) of said material. This site is not sponsored or endorsed by Nintendo, Sega, Sony, Microsoft, or any other such party. Wasteland Angel is a registered trademark of its copyright holder. This site makes no claim to Wasteland Angel, its characters, screenshots, artwork, music, or any intellectual property contained within. Opinions expressed on this site do not necessarily represent the opinion of site staff or sponsors. Staff and freelance reviews are typically written based on time spent with a retail review copy or review key for the game that is provided by its publisher.