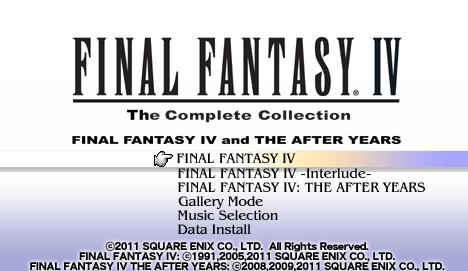 Final Fantasy 4 the complete collection is a compilation of the original game plus The After Years which is a direct sequel to Square's classic RPG in the series, as well as adding another segment called Interlude taking place between both games exclusively for this title. Released for the PSP on 2011, Complete gathers all three games in a single disk for the player to experience through, beginning with the original FFIV title and continuing with Interlude taking a year after the game's events, and finalizing it with After Years taking place 17 years later. 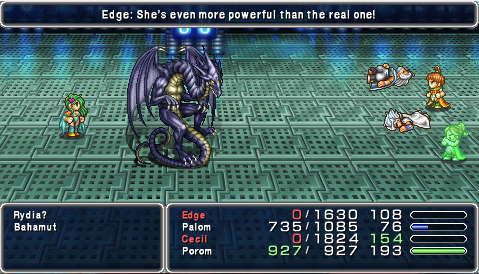 Events in Interlude include Cecil inspecting various incidents occurring a year after the events of the original game, which ends up with him and other finding a girl resembling Rydia but being an entirely different being on her own, set out on a malevolent mission which results in a big battle between her and the heroes.

After Years is set 17 years after FFIV, where children of heroes along returning characters and new additions embark on a quest finding out why another moon has appeared once again, resulting in a new threat Cecil and others must face one more time. Although Complete Collection is made to play it in said sub sequential fashion, you don't need to do so, choosing to play any title at any given time. The only difference would be that if you choose Interlude or After instead, you may not continue with the same level, experience, and clear game status from previous entries within the game. 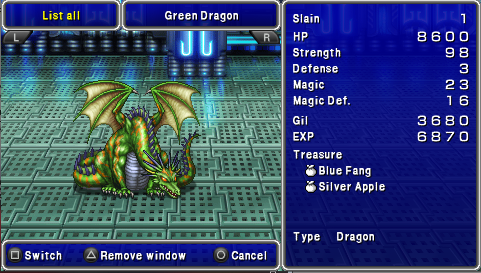 After Years is adapted from episodic entries that were published in mobile games in the early 2000s, chronicling events that happened after FFIV, which are now a full game within this collection. The entire title thus looks and feels a bit like such mobile games, complete with the look of it when walking on dungeons or on the overworld, but when a battle begins the feel of it disappears demonstrating sharp graphical presentation along with powerful animations when magic attacks are performed. Music is passable, but it cannot transcend the original SNES sound which many had been used to even when ported to Gameboy Advance.

Final Fantasy Complete Collection does not offer much other than a powerful nostalgic trip for those who are fans of its original game, which is perfectly fine for collectors or any who have never played the After Years and now may have a chance to, with the option of replaying the original and followed by the newest entry on Interlude before venturing into the sequel itself. Few options included are soundtrack menus choosing between original and arranged, a bestiary, and monster galleries, all of these being pretty much a inclusion in various ports of old Final Fantasy titles before this one. This would be just fine if that is the main reason to replay it and perhaps owning it, otherwise its just another adaptation that you had played before, while having two more games bundled with it. All of this is just fine the way it is in my opinion, but if you are like me who has played FFIV to death, then trying out the other two games would be about the sole reason to go along with it.

If you enjoyed this Final Fantasy IV: The Complete Collection review, you're encouraged to discuss it with the author and with other members of the site's community. If you don't already have an HonestGamers account, you can sign up for one in a snap. Thank you for reading!

© 1998 - 2022 HonestGamers
None of the material contained within this site may be reproduced in any conceivable fashion without permission from the author(s) of said material. This site is not sponsored or endorsed by Nintendo, Sega, Sony, Microsoft, or any other such party. Final Fantasy IV: The Complete Collection is a registered trademark of its copyright holder. This site makes no claim to Final Fantasy IV: The Complete Collection, its characters, screenshots, artwork, music, or any intellectual property contained within. Opinions expressed on this site do not necessarily represent the opinion of site staff or sponsors. Staff and freelance reviews are typically written based on time spent with a retail review copy or review key for the game that is provided by its publisher.