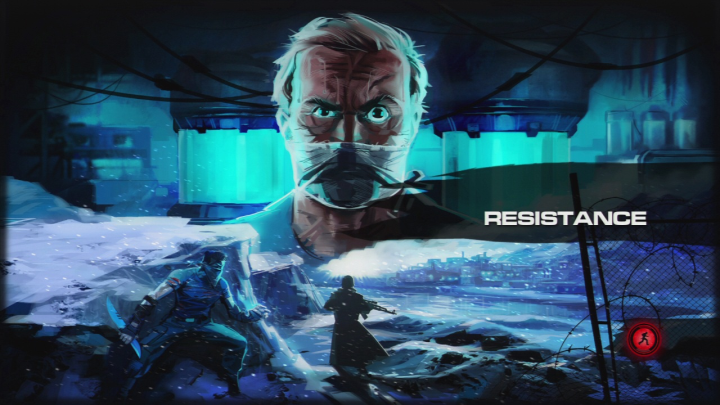 Which dead franchise would you like to see revived?

If you venture into any social space on the internet, you'll find at least one thread that poses this question. Boatloads of 8- and 16-bit titles pop up in numerous comments, as well as some post-SNES material. Each user submits their answers, as if wishing upon stars for their old favorites to return. However, we all know what happens when you wish upon a star: nothing. If doing that actually worked, we'd all be trapped in a confusing, hellish existence comprised of billions of conflicting desires granted by immense balls of burning gas.

Out of all of these voices, one of them chose to wish upon something other than a star. "I wish they'd bring Rush'n Attack back," the small voice said. Just then, one of the fingers on a severed monkey hand curled shut, and Rush'n Attack: Ex-Patriot took shape...

The original title sent you into the heart of the USSR to stab their entire military. No, seriously. You enter the game armed with only a knife, run to the right and skewer everyone who gets within two feet of you. You do eventually nab some ranged weapons, but the lack of ammo found throughout the campaign renders them a fleeting (albeit tremendously useful) advantage. After four to six levels, depending on which version you play, you eventually stop advancing to the right, complete the final segment and the game ends. 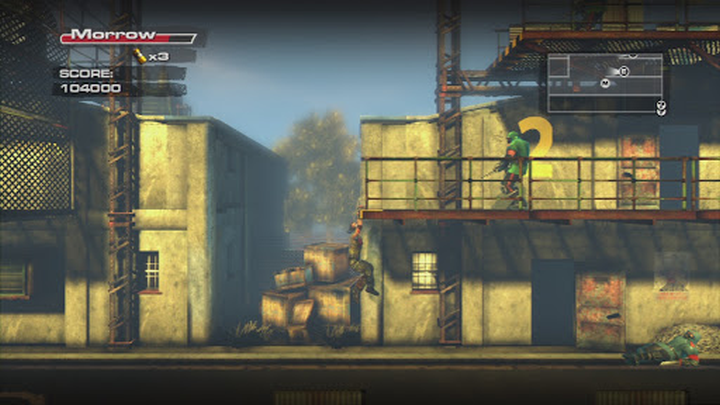 Where the original was a straightforward side scroller with minimal platforming and no branching whatsoever, this entry presents itself as a "quasi-Metroidvania." Here, levels branch into secret tunnels and hidden nooks and crannies filled with power ups to increase your maximum health or other goodies. Other pathways merely serve as alternate routes, but many of them are redundant. They offer nothing truly noteworthy or especially advantageous, and only exist to give stages a false sense of complexity.

As in the previous outing, your character's initial weapon is a knife. However, unlike its frantic predecessor, Ex-Patriot gives you a choice: face-to-face hack 'n slash combat or the stealthy approach. With the former, you can execute various simple attack combos to dispatch your enemies. This method provides faster action and a pleasant metal-through-flesh sound with every slice. Early battles end without much fuss or muss, because all of your targets couldn't fight their way out of a perforated shopping bag. The latter choice, on the other hand, requires you to progress slowly and plan ahead. You sneak into doorways, hide in openings in the ceiling and floor, or just slither up to foes and slash their throats while their backs are turned. Stealth allows you to deal with problems in one shot rather than trying to wear enemies down with a constant strikes.

Both methods provide enough basic thrills to pass the time. Hell, I'd even say they're addictive and cathartic at first. Sometimes there's nothing better at the end of a long day than pulling a guard into the floor, stabbing him in the spine and absconding with his corpse into the shadows. After all, we don't want his friends to find him and ruin the surprise that is their imminent fates, now do we? No one like spoilers... 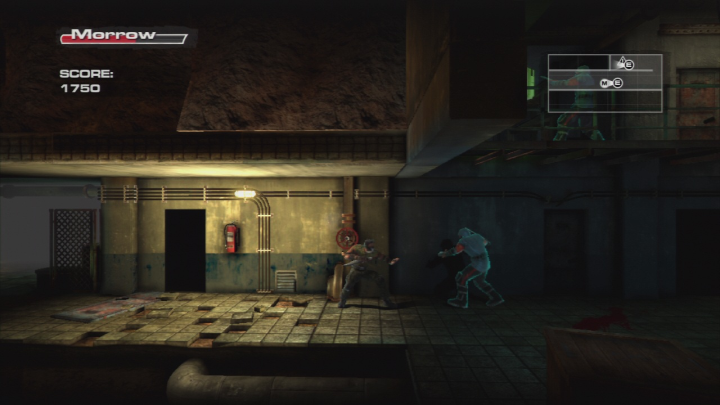 When you're tired of knifing, you can get your hands on some of the special limited-use weapons certain soldiers carry. Rifles take out most of your opponents with a single shot, plus there's an RPG for players who fancy overkill. Shooting a guard in the back with a rocket and launching him fifty feet into radioactive waste is this adventure's greatest offering.

You can unlock new combos, but you really won't need them because mashing the hell out of one button gets the job done every time. Even when enemies block, all you need to do is wait or keep hacking away until they get tired of blocking. This is true for nearly every enemy, too. I mean, you don't even need to use the block button very often. During my own playthrough, I only utilized that function near the campaign's conclusion.

Stealth would be your only recourse and break from the tiresome combat. Unfortunately, sneaking remains the same throughout the experience. Every situation is a no-brainer, and you pull off familiar instant-kill techniques so often that it grows old before long. More than anything, stealth could've transformed each segment into a puzzle. Sadly, none of the trials you face test your problem solving skills much, and sneaking becomes laborious as a result. Even when you run into a situation where you can't easily creep up on someone, you can still lob a grenade for a swift death. 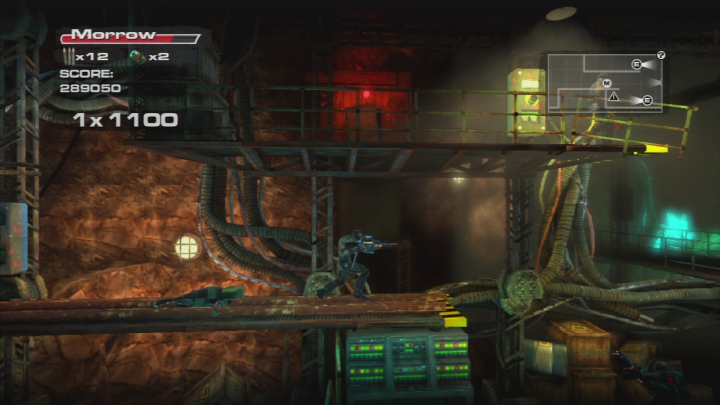 Lob a grenade? Won't that set off the alarms and practically bury you in guards? Well, not exactly. No one in Ex-Patriot seems to care about your presence, or even notice you unless you're in front of them or you were spotted by a camera. Basic principles used to add challenge to stealth titles are not even present in Ex-Patriot. For instance, soldiers walk past a dead comrade without a glance. Violent bangs, sounds of struggle or other soldiers crying for help barely raise any suspicion or concern. Everyone else, even if they're right below you, does not give a damn. Stealth games typically use risk, reward and heavy penalties to create tension and suspense, not to mention elements that bolster your ego or grant you bonuses if you successfully off an opponent without being seen. The worst punishment this title hits you with for being spotted is fewer points at the end of a level. Big deal.

This title only offers three stages, but each of them drags to nauseating extents. Bear in mind that each drawn out gauntlet consists of utilizing the same tactics repeatedly, slowly whittling away your patience and/or sanity with an overabundance of tedious tasks. Look, I'm not going to knock this game for its simplicity because I've played plenty of excellent titles with uncomplicated mechanics and campaigns. More than anything, Ex-Patriot lacks variety and becomes an exhausting experience despite its roughly three hour length.

Ex-Patriot evokes an age-old fear: what if one of our favorite brands from way back gets a botched reboot? Not every franchise sees the same success as Tomb Raider or Doom in that respect, and those that fail to invigorate their given brands usually end up just as irrelevant as they were before their resurrections. Obviously, this title didn't grant its series new life, otherwise we would've seen scores of new Rush'n Attack installments by now. Konami's old tale of "one man and his knife versus an army" would've been no better off remaining in relative obscurity. To quote Judd Crandall, "Sometimes dead is better."
2.5/5

If you enjoyed this Rush'n Attack: Ex-Patriot review, you're encouraged to discuss it with the author and with other members of the site's community. If you don't already have an HonestGamers account, you can sign up for one in a snap. Thank you for reading!

© 1998-2021 HonestGamers
None of the material contained within this site may be reproduced in any conceivable fashion without permission from the author(s) of said material. This site is not sponsored or endorsed by Nintendo, Sega, Sony, Microsoft, or any other such party. Rush'n Attack: Ex-Patriot is a registered trademark of its copyright holder. This site makes no claim to Rush'n Attack: Ex-Patriot, its characters, screenshots, artwork, music, or any intellectual property contained within. Opinions expressed on this site do not necessarily represent the opinion of site staff or sponsors. Staff and freelance reviews are typically written based on time spent with a retail review copy or review key for the game that is provided by its publisher.