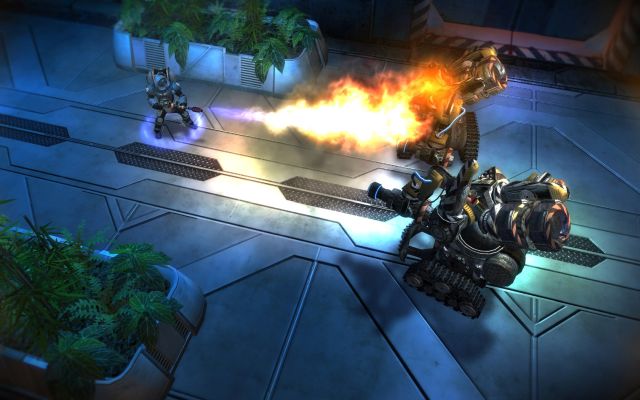 Greed: Black Border fancies a change of setting, whisking you away from the typical Middle Age-inspired battlefields and into the cosmos. And why not? The roleplaying genre has such a hard-on for Tolkien and Medieval Europe and standard-fare high fantasy that it's almost nauseating. As much as I love this category, at times I grow weary of armor-clad warriors taking up swords, bows and spears against orcs, dragons and dark gods. This title must've sensed my exhaustion and dug its sci-fi barbs into my mind, beckoning me to play it.

"I take place in space," it told me. "Space is cool, right? That's where people couldn't hear Sigourney Weaver scream. And I've got lots of alien monsters and robots to destroy, like Alien Shooter. You liked that one, right? Come on. Coooooome oooooon." This game wasn't really speaking my language, but it communicated to the part of me that was tired of mythril and unpronounceable Elvish names. So naturally I bought it and a handful of other mediocre games that were bundled with it and gave it a whirl. Man, was I a sucker...

Here's the thing: unique or under-utilized settings can constitute solid selling points, but you still need to include mechanics and concepts that excite players. It doesn't matter if you're chopping up goblins in Totally-Not-12th-Century-England or wiping out extraterrestrial bugs in the halls of an abandoned transport ship, you still need material that hooks your audience and keeps bringing them back for more. Such ideas could manifest as neat features or an addictive combat system, or even as piles of well-written lore or a gripping tale. Unfortunately, Greed doesn't offer any of the above. 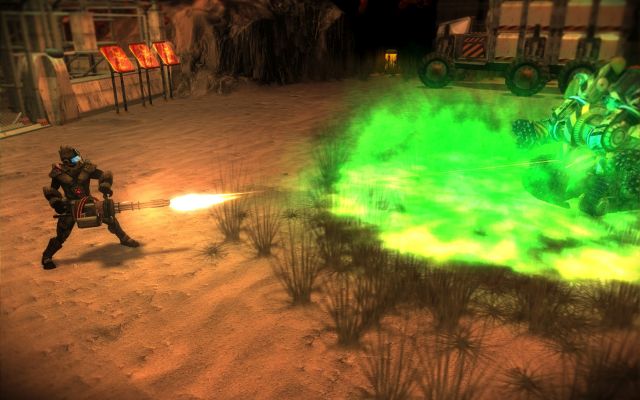 Don't get me wrong, though. I'm not saying it's a horrible game or anything. Rather, it's just your standard dungeon crawler and nothing more. The rules haven't changed: you traverse an intricate network of corridors and rooms, off foes with high-tech weaponry, nab money and new pieces of equipment that might fall from their corpses, level up your character by manually boosting their stats and/or skills (which take the form of passive perks, special attacks or defensive techniques), and eventually encounter a boss. There's also a merchant who appears after the first stage, who's willing to buy your loot or sell you fresh armaments and restorative goods. Basically, I've just described Diablo and piles of other products that have aped it over the years, except without all the in-game history and various locations that push the material beyond your garden variety hack 'n slash piece.

The campaign only takes you through three different themed areas, and they're all the most plain locations you can get from a sci-fi game. You journey begins on a ship overrun by various adversaries, leads you to a desert planet, then finishes off in the depths of a cave. We're not talking three brief stages, either, as each area consists of an additional three sub-levels that drag out each chapter's motif to the point of insanity. I mean, each sub-level lasts more than an hour if you're a thorough player like I am, so you're looking at close to five hours per realm. That's a lot of time spent traversing bland scenery. You'll never want to look at another spacecraft or sand dune in a video game again after completing this one.

By now, a handful of you have done some math. This is a science fiction-based game that plays like Diablo. That would imply hack 'n slash mechanics with high tech arsenal, usually consisting of guns and cannons. That conclusion might lead you to believe Greed is an Alien Shooter clone, complete with intense run 'n gun battles and hordes of enemies. Unfortunately, that's the opposite of how this title works. Any time you want to take out a creature, you've got to stand in place and take aim. No, you cannot wag your barrel side-to-side and rain bullets on everything. You can only concentrate your fire on one opponent at a time, though there are skills that allow bullets to pass through targets and damage others. The worst part of this, though, is that once you've defeated an enemy, you can't simply fix the cursor on another beast and continue unloading lead. You actually have to remove your finger from the fire button, aim at the next goon over, and press the Left Mouse Button again. This might not sound like much of a hassle in theory, but it makes for clunky, stilted play in practice. 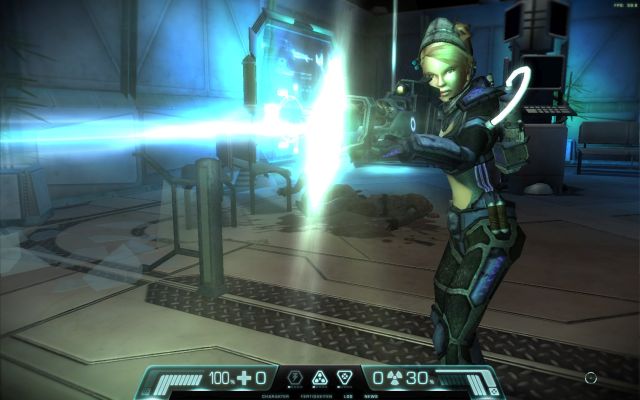 And remember, you have to go through ten to twelve hours of these clumsy fights while visiting painfully uninspired and drawn-out levels.

As you can imagine, Greed's biggest issues have to do with pacing. Here you have immense stages full of monsters you must pick off one at a time, unless you've managed to build up your multi-target offensive skills to the point that they can dish out a significant amount of punishment. Even then, skills come with cool down times, so it's not as though you can constantly barrage the opposition with frag grenades. More than anything, this RPG is a tedious, repetitive affair offering some of the slowest and dullest shootouts around.

It's a shame, because everything about Greed: Black Border screams "wasted potential." For once, we thought we could away from the wanna-be D&D style that comes with most roleplayers and entered territory that the genre doesn't tread upon constantly. This is supposed to be our creative break from the ordinary, and yet we end up with a slow, plodding adventure through space that eventually pulls us through unimaginative content anyway, all while sporting tiresome combat. All of this adds up to one dire message: how dare you even think of leaving the stereotypical fantasy worlds behind, you traitor! Games like Greed remind us why we sometimes stick hard to the familiar. It's because venturing outside of our bubbles is sometimes a greater disappointment than giving in and revisiting the "same old thing" for the eightieth time.
2.5/5

If you enjoyed this Greed: Black Border review, you're encouraged to discuss it with the author and with other members of the site's community. If you don't already have an HonestGamers account, you can sign up for one in a snap. Thank you for reading!

© 1998-2021 HonestGamers
None of the material contained within this site may be reproduced in any conceivable fashion without permission from the author(s) of said material. This site is not sponsored or endorsed by Nintendo, Sega, Sony, Microsoft, or any other such party. Greed: Black Border is a registered trademark of its copyright holder. This site makes no claim to Greed: Black Border, its characters, screenshots, artwork, music, or any intellectual property contained within. Opinions expressed on this site do not necessarily represent the opinion of site staff or sponsors. Staff and freelance reviews are typically written based on time spent with a retail review copy or review key for the game that is provided by its publisher.