Chaos;Child is a difficult visual novel to recommend. I have seen it described as one of the best works of fiction ever written, which I would strongly disagree with. While the story does contain some really powerful, impactful moments, and plays to the strengths of its medium, it does unfortunately require a huge time commitment to get to these points. Large chunks of this visual novel are overwritten and poorly paced. The narrative tries to combine a murder mystery with slice of life high school drama, and does not always maintain that balance, particularly in the early chapters. The same scenes are repeatedly flashbacked to, sometimes only a short time after they happened, as if the writers dont trust you enough to remember.

Chaos;Child is the sequel to Chaos;Head, a visual novel that has never officially made it out of Japan. It is also the fourth mainline entry of the Science Adventure franchise, which you might know by the most famous entry in the series  Steins;Gate. My first attempt at Chaos;Child ended a few chapters in when the supernatural elements, such as psychokinetic abilities, started appearing, overshadowing the initial murder mystery premise. I played a fan translation of Chaos;Head, which gave me the necessary foundation to understand what the hell was going on here. This is unfortunately going to be a huge barrier to entry for most people, but I hope Spike Chunsoft will eventually localise the first title (Robotics;Notes, the third in the franchise was localised and released in 2020, so there is still hope).

There is a fascinating narrative to be experienced if you put in the effort to break down all the barriers to entry. Ideally, you want to approach this franchise in order, as it is structured similarly to the Marvel Cinematic Universe. Chaos;Child focuses on a different cast of characters to Chaos;Head, but it takes place in the aftermath, and at certain points expects you to remember the events of the previous title. 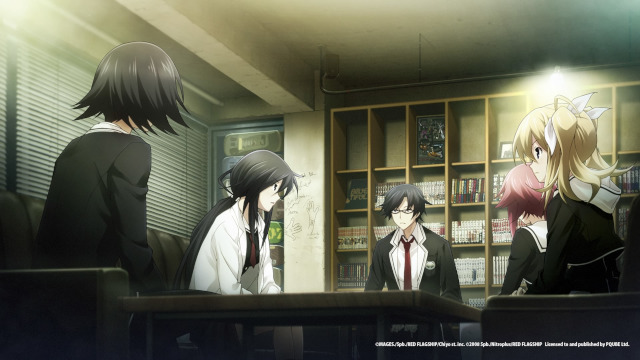 Takuru Miyashiro, president of the Hekiho Academys school newspaper club, is our protagonist. He is intentionally written to be unlikeable, considers himself a right-sider  i.e. someone who knows a lot of information and will take any chance to lecture anyone on any topic, if he anyone will listen. He looks down on most of his classmates, considering them wrong siders, but when he is forced to interact with them, we see that he has a severe case of social anxiety and has difficulty talking to people he isnt comfortable with. Hes basically that argumentative know-it-all youve likely encountered on the internet at some point.

Like Chaos;Head, the main gameplay function is the delusion trigger. At certain points in the story, you can activate a positive or negative delusion where Takurus imagination runs away with him. These can range from outright hilarious to deeply unsettling. During your first playthrough, you can activate whatever triggers you like  it is only during subsequent playthroughs that activating specific delusion triggers will allow you to reach the character specific endings.

Chaos;Child opens with two murders  a popular streamer is interrupted by a knock on his door, then moments later he is chopping off his own hand and eating it, then a live musician is found dead with a speaker inserted into her stomach. The police rule these as suicides, but Takuru believes they are murders, because they occurred on the same dates as the first two murders six years prior (in the events of Chaos;Head). 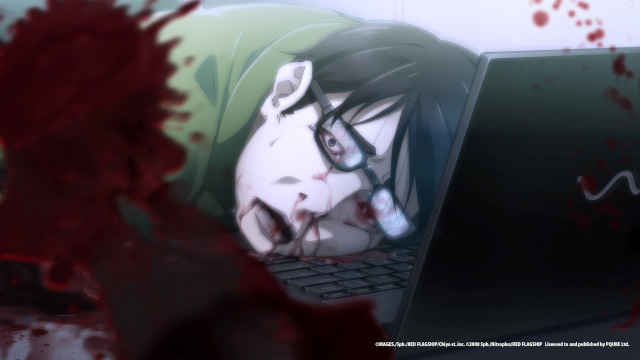 Takuru and his friends in the newspaper club begin investigating these impossible murders, eventually getting drawn in. He is surrounded by a cast of characters  one male best friend who doesnt appear in the intro or the promotional materials, and a bunch of girls, each bustier than the last. Chaos;Child wants to look like some sort of harem game, but it never really goes down that route. Perhaps this is whats required to sell in Japan?

The main characters start out as typical stereotypes  the airheaded childhood friend, the bossy and overprotective sister, the quiet one, the flirty one, etc. The main story route does a good job of fleshing out these characters and hinting that there is more to them than meets the eye. These characters are then fleshed out even more in their specific character routes, available after finishing the main route for the first time. There are a lot of surprises along the way, revelations that change the way you view each character, with moments of levity and moments of tragedy.

I dont want to get into specifics. I dont want to spoil it. Watching this narrative unfold scene by scene, letting it take you on a journey over fifty hours long (more or less, depending on your reading speed). Chaos;Child will reward you for your patience and perseverance.

If you enjoyed this Chaos;Child review, you're encouraged to discuss it with the author and with other members of the site's community. If you don't already have an HonestGamers account, you can sign up for one in a snap. Thank you for reading!

© 1998 - 2023 HonestGamers
None of the material contained within this site may be reproduced in any conceivable fashion without permission from the author(s) of said material. This site is not sponsored or endorsed by Nintendo, Sega, Sony, Microsoft, or any other such party. Chaos;Child is a registered trademark of its copyright holder. This site makes no claim to Chaos;Child, its characters, screenshots, artwork, music, or any intellectual property contained within. Opinions expressed on this site do not necessarily represent the opinion of site staff or sponsors. Staff and freelance reviews are typically written based on time spent with a retail review copy or review key for the game that is provided by its publisher.