Violent Storm came out in '93 exclusively to the Arcades, which completely flew under my radar being that this game really gets my attention on how over the top campy it is. The game uses many mechanics from other beat'em ups like the classic Final Fight and others by Capcom, combining what was standard gameplay plus adding other features to make the experience quite entertaining every time you played it.

The plot is pretty basic really. The heroes must rescue their gal pal from the clutches of an evil overlord who oversees a barred city among the wastelands of a post apocalyptic setting. Its basically a fun version of Mad Max meets Streets of Rage with all the blitz moves and whatnot. We got the main characters, each with their own move sets and techniques although they mostly are equal in power and speed with a few alterations to their skill lists; Wade, the leader of the group, stylish and with flair of uppercutting opponents, Kyle, the speedy member of the group who can perform multiple kicks just by tapping the attack button, and Boris, my favorite, who is the token strongman of the trio. 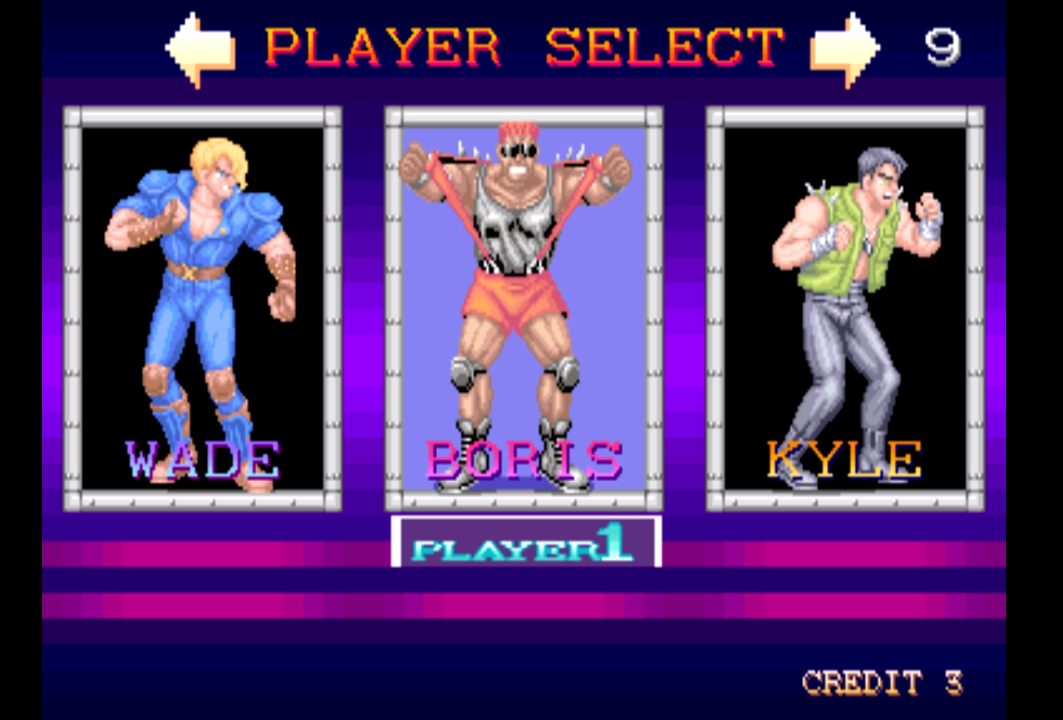 The gameplay is fast and quite fun, despite depicting large sprites the game never seems to slow down nor skips a beat if you become good enough, especially with enemies having such small life bars that go down with just a couple hits making progress a lot faster than most games of its genre. This does not mean however that you would underestimate foes either, as they take advantage of their own skills and the AI makes good use of their capabilities against the player which can become overwhelming in some stages. Besides an array of moves that you may use with a combination of joystick and buttons, there are an array of weapons you can also pick up to bring the pain, as well as food stuffs to replenish health, and miscellaneous items that add to the score. Boss fights are challenging, with characters that will not allow you to even have a moment to breathe if you aren't careful. These bosses can go down fairly easy despite their large amount of health if you already had mastered most of said gameplay at hand, and are as every bit as charismatic and colorful as in other Konami games like Teenage Mutant Ninja Turtles and Sunset Riders. I was pretty amused as to what the final boss on this game was depicted as to be honest. 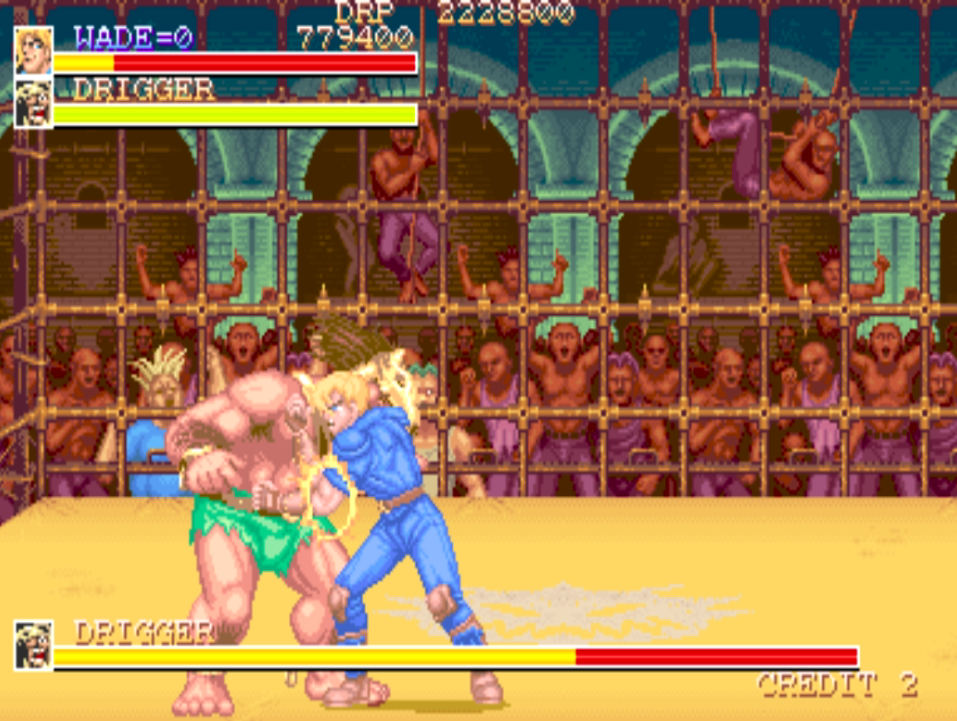 Humor balances out with action, but one of the gems on this game will have to be its soundtrack. Its so 90s that you will go on watching reruns of Fresh Prince of Bel-Air afterwards. In short, Violent Storm has it all in a tiny, enjoyable package without much to complain about other than enemies being bastards at times, but this would become a case of you becoming good the more you play for it ever becoming a real issue. 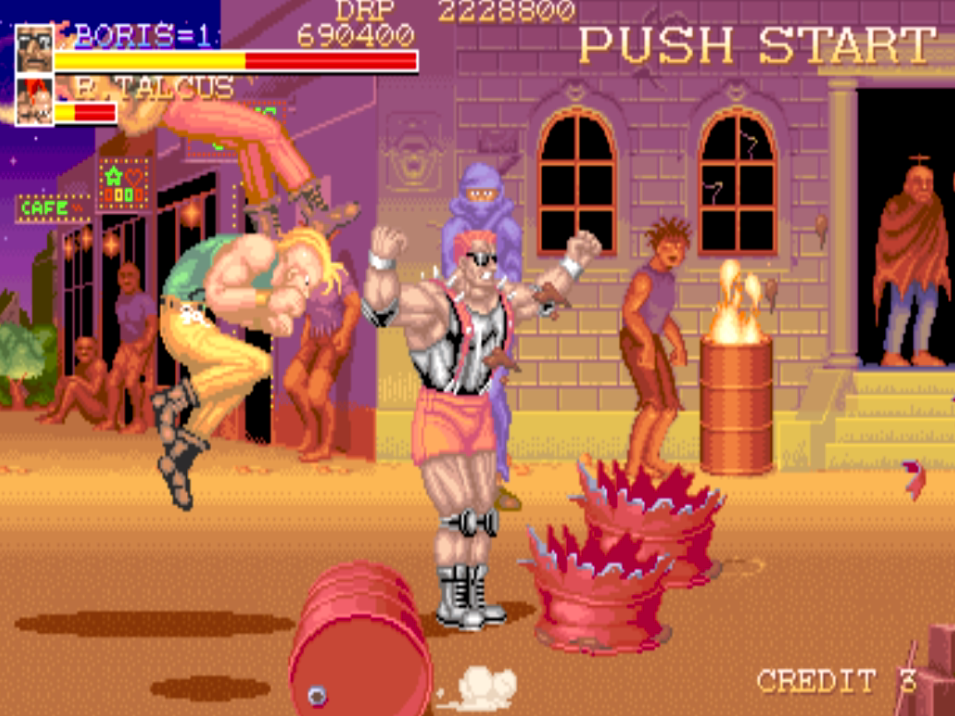 If you want to kill off a few minutes on a rather wholesome way, Violent Storm delivers in spades. Chances are that once you start playing it you will find it hard not to continue it till you beat it, and probably even start a new game afterwards. Quite a shame it never got a home console port really. This game is a treasure on the beat'em genre in my opinion.

If you enjoyed this Violent Storm review, you're encouraged to discuss it with the author and with other members of the site's community. If you don't already have an HonestGamers account, you can sign up for one in a snap. Thank you for reading!

© 1998-2021 HonestGamers
None of the material contained within this site may be reproduced in any conceivable fashion without permission from the author(s) of said material. This site is not sponsored or endorsed by Nintendo, Sega, Sony, Microsoft, or any other such party. Violent Storm is a registered trademark of its copyright holder. This site makes no claim to Violent Storm, its characters, screenshots, artwork, music, or any intellectual property contained within. Opinions expressed on this site do not necessarily represent the opinion of site staff or sponsors. Staff and freelance reviews are typically written based on time spent with a retail review copy or review key for the game that is provided by its publisher.