A person might reasonably say I am my own worst enemy. That quality makes me the perfect audience for a game like Terror Squid. It's a recent shooter for Nintendo Switch that casts players as both the hero and the villain. There's not much they can do except delay their inevitable failure.

The setup, though bleak, is pleasingly unique and warrants closer examination. You are a giant squid of doom, propelled by shots that linger in your wake like discarded arrowheads. The spherical space you occupy boasts limited real estate. Your shots soon swath it in patterns that serve as a record of your own recent locomotion. As you play, those explosive reminders turn a once innocuous environment into bullet hell. 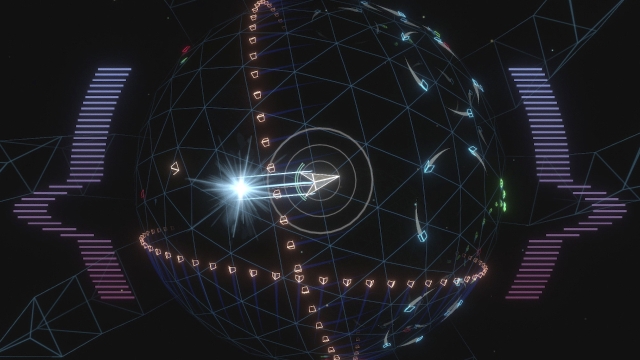 There is no "fire" button. To move is to fire, and you advance constantly. You only briefly interrupt the steady stream of bullets by pressing an action button to phase forward a very short distance. In this manner you potentially pass unscathed through a line of shrapnel but maybe you also rush headlong into a different one. Your maneuverability offers no reason for complaint, but you must plan beyond the threats you can see on the horizon. More time in the trenches allows you to gradually develop a sense for how best to deal with the chaos you yourself inevitably sow while merely existing. A life metaphor, perhaps?

As you endure beyond the first few seconds that are the only ones you are guaranteed, meters fill gradually along the screen's edges. Once they top off, you can deploy a short-range explosive that clears away some of the debris in your nearby vicinity, gifting you with a little breathing room. But not much room, of course, because one wouldn't want the opportunity to become complacent. Naturally, the idea is to clear away a bunch of rubbish and not just a little bit of it. Even if you do have a blast you can unleash, you want to survive a bunch of close calls before you finally resort to using it. Otherwise, the game might tell you your performance was pitiful.

Another consideration: when you deploy bombs, the stuff you leave in your wake evolves to become increasingly problematic. Suddenly, you're no longer dealing with just simple streams of arrows. There are pulsing waves that move more irregularly and cover more space, along with circular pods and so forth. You have to play in a way that allows you to navigate such hazards without making things immeasurably worse for yourself a few seconds later. 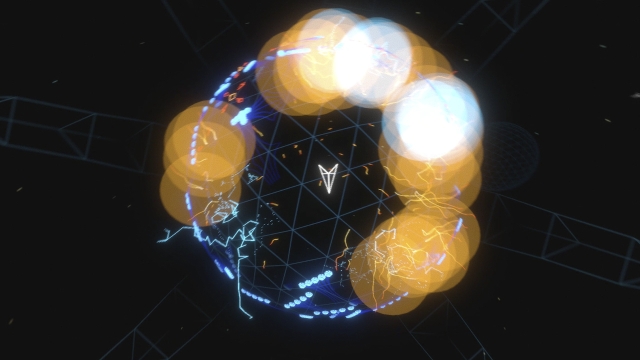 Coming to terms with how the game plays doesn't take long, despite the lack of an in-game tutorial. Within a minute or so, I grasped the basic process and began developing strategies to facilitate longer runs. I started climbing the online leaderboard and in almost no time at all, I was already nestled in the top 150. Then I cracked the top 120 as I developed more intricate strategies. That felt good until I checked the "High Scores" option from the menu and found I rank only 9th among the handful of individuals who have played the game this week, which is worse than it probably sounds. Only a few players fell in behind me. So yeah, I suck.

Achievements, what few are available, are called "Sigils." They seem to have been crafted to keep players engaged long enough that they develop some actual skill as a result of repeated failure and experimentation. One sigil challenges a player to "Die 8 times," a gimme that I unlocked fairly promptly and without pride. Others look at the total number of seconds survived over however many runs, or measure how many "rituals" you have endured (in a game less concerned about finding new labels for everything you already know, those might instead be called "phases"). 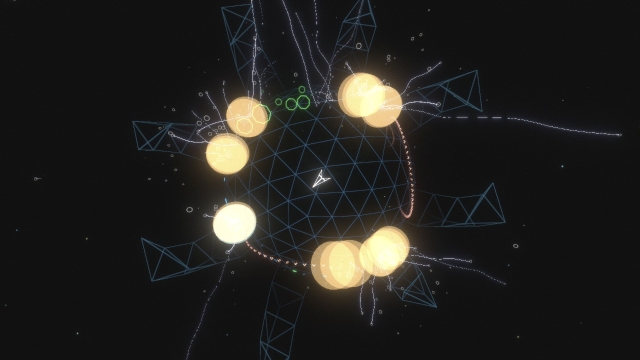 Presentation is sparse but productively tends toward eerie. It's no more visually ambitious than a minimalistic classic such as Geometry Wars but somehow feels less distinct. The audio does more leg work, however. Leave the screen idling on a menu between attempts and you'll hear what sounds like a ravenous beast snarling before gulping down some unidentified mass. Eerie tones play on a limited loop, an atmospheric substitute for actual compositions.

And really, that's about all Terror Squid has to offer. Which is not to say it's a terrible package of digital goods by any means. For the player who delights in placing on leaderboards, it provides something meaningful even if the best players seem already to have moved onto other challenges and are unlikely to return. For the less competitive players who don't care whether they rank a bit higher, it represents merely a fleeting distraction from dread spawned by the inescapable visage that is mankind's mortality. Perhaps you fall somewhere between the two extremes. In that case, I have a thoroughly illuminating question to ask: do you feel like a squid today?

If you enjoyed this TERROR SQUID review, you're encouraged to discuss it with the author and with other members of the site's community. If you don't already have an HonestGamers account, you can sign up for one in a snap. Thank you for reading!

© 1998-2021 HonestGamers
None of the material contained within this site may be reproduced in any conceivable fashion without permission from the author(s) of said material. This site is not sponsored or endorsed by Nintendo, Sega, Sony, Microsoft, or any other such party. TERROR SQUID is a registered trademark of its copyright holder. This site makes no claim to TERROR SQUID, its characters, screenshots, artwork, music, or any intellectual property contained within. Opinions expressed on this site do not necessarily represent the opinion of site staff or sponsors. Staff and freelance reviews are typically written based on time spent with a retail review copy or review key for the game that is provided by its publisher.