I like Touhou Spell Bubble, and that probably shouldn't come as a surprise. I also happen to like Bust-A-Move, which also was developed by Taito. They're almost the same game, after all, except this new release for Nintendo Switch adds a rhythm component and tells a story populated by characters from the shared Touhou universe.

You know about the Touhou universe, right? It's the one populated by a bunch of anime girls, who live in and around a mansion and feud over silly things. That's what they're doing now, and the silly thing is a new handheld game some of them have developed. It's all the rage. People can't seem to stop playing it, including a shrine maiden named Reina who has a sense of foreboding. Might chaos and evil be unleashed if someone with pure intentions doesn't monitor the kingdom-wide progression toward a grand tournament? It might indeed! 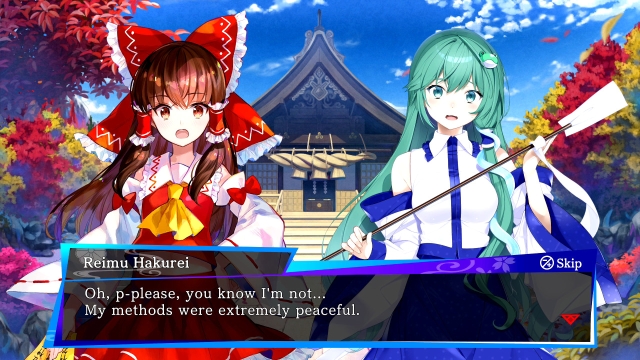 The story is nonsense, but it's inoffensive nonsense and the character portraits are lovely. I'm never opposed to watching anime girls argue with each other over frivolous things, and I can always mash buttons if I just want them to shut up so I can get back to whatever game I'm playing. In this case, I did read everything they had to say, just so I could say I did. The script ultimately didn't mean a lot to me because (despite exploring Touhou-based games in the past) I've never felt truly invested in the characters or their world.

But the gameplay? That's the stuff that matters. And in this case, the stable Bust-A-Move (Puzzle Bobble in some regions) foundation means there's a lot to like.

For those who don't already know, the way basic Bust-A-Move works is that you have a vertical chamber, sort of like the one in Tetris. Bubbles of various colors descend from the top of the screen. They arrive in horizontal rows, however, rather than coming one piece at a time. You have a launcher at the bottom of the screen from which you fire bubbles of your own. The goal is to match three or more of the same color to cause them to burst. Well-placed pops could cause formerly attached bubbles to fall, which I find deliciously satisfying.

Strictly speaking, the goal is to prevent the bubbles from ever reaching the bottom of the screen. But you are playing against an opponent who also has the same goal in mind. As you clear rows of bubbles, your dastardly foe does the same. Wipe out a bunch at once and you'll cause blank bubbles to populate your opponent's space. Those can be a pain to clear, which is the point. You need to do more than just eliminate bubbles; you need to undertake that task with wisdom and forethought and no small measure of malice. 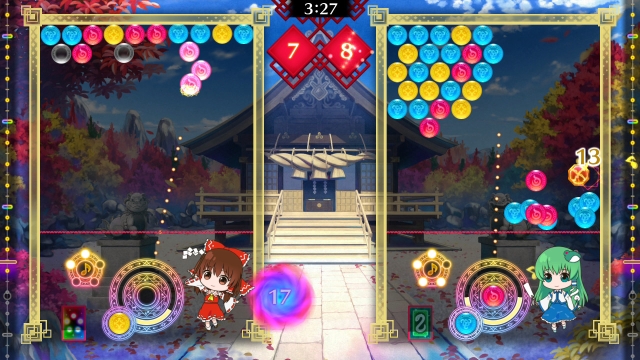 Touhou Spell Bubble, being not purely another Bust-A-Move game, introduces the rhythm component I mentioned. When you clear a mass of bubbles all at once, certain ones in the group are highlighted. To the beat of the very cool Japanese compositions playing in the background (which run the gamut from rock to rap and I assume are licensed by famous people I know nothing about), you tap a button to pop the bubbles and pile extra soapy misfortune on your rival. Sometimes, the tempo changes and you must tap rapidly. Sometimes it doesn't. You have to pay attention.

I actually like this new twist quite a lot, though it took some getting used to. I kept trying to pay attention to the on-screen indicators--which is not strictly a bad idea, since they are good at showing you what's up--without thinking much about the music. But you really need to monitor both audio and video to really perform well. When you do, it's extremely satisfying. Also, the window of timing is fairly generous. I would fumble my way through a lot of combos with timing that was a bit off and still wreak havoc. I may be over 40, but that doesn't mean every rhythm game is beyond me. Thank you, Taito!

Though I do like the rhythm twist, I'm not so pleased with another change to the formula: spells. As you play, a cooling period slowly passes and then you have access to a special ability, depending on which card you chose ahead of the match. Your foe has similar access to a spell of her own. Once a spell becomes available, you can use it to do neat things like clear a column of bubbles out of the center of the screen, or to slowly turn a bunch of bubbles a particular color, or to produce some other similar effect. This makes it easier to really, really make your opponent's day difficult, especially if you are insidious with your timing. 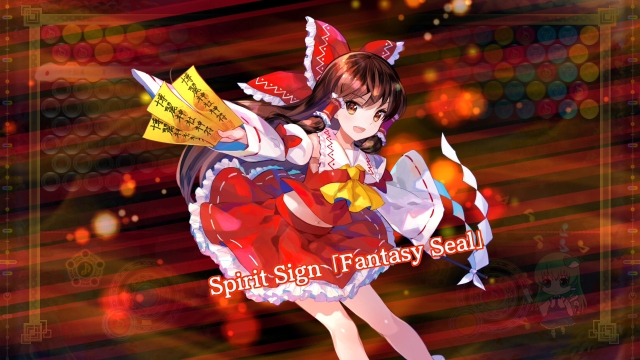 Unfortunately, the AI is really good at mucking things up for you, to the point where it sometimes feels cheap. Not long into a match, you might suddenly find an additional five rows of bubbles appear, and suddenly you're over the line. When this happens, the opponent scores a bunch of points and the action keeps going. The match doesn't end until the song does, so you can certainly recover. But it's difficult to stage a comeback, even with the helpful counter phase that automatically follows. I call this pretty darn demoralizing, particularly if the AI doesn't seem to have "earned it." You can go from winning by a lot to trailing behind a suddenly insurmountable lead. Typically, this happens right near the end of an approximately 3-minute match.

There are two difficulty levels on offer, at least. I played most of the way through the campaign on the Normal setting, which felt pretty natural until nearly the end. Then I dropped to Easy for the last few matches because I was more in the mood to relax and unlock the final few characters for local competitive play. Sweet victory granted me access to a more challenging second campaign, which I've not completed because frankly I've already had a lot of fun with the game and I don't need that frustration. I saw the closing credits. I unlocked all of the girls. That felt like enough, but it's nice to know I can return if I want tougher challenges. There also are side stories to explore, but those require purchases with actual money (as opposed to the songs I unlocked with virtual currency acquired in-game).

Touhou Spell Bubble is a generally pleasing diversion for puzzle game fans who want another version of Bust-A-Move. A couple of new twists and a fresh coat of paint create a distinct but not unfamiliar experience, one that's spiffed up with catchy j-pop and a generally inviting but also quite frivolous atmosphere. This was the most fun I've yet had with anything repping the Touhou license, and if above text has you thinking it might be to your taste, my advice is to just go ahead and pull the trigger.
4/5

If you enjoyed this Touhou Spell Bubble review, you're encouraged to discuss it with the author and with other members of the site's community. If you don't already have an HonestGamers account, you can sign up for one in a snap. Thank you for reading!

© 1998-2021 HonestGamers
None of the material contained within this site may be reproduced in any conceivable fashion without permission from the author(s) of said material. This site is not sponsored or endorsed by Nintendo, Sega, Sony, Microsoft, or any other such party. Touhou Spell Bubble is a registered trademark of its copyright holder. This site makes no claim to Touhou Spell Bubble, its characters, screenshots, artwork, music, or any intellectual property contained within. Opinions expressed on this site do not necessarily represent the opinion of site staff or sponsors. Staff and freelance reviews are typically written based on time spent with a retail review copy or review key for the game that is provided by its publisher.