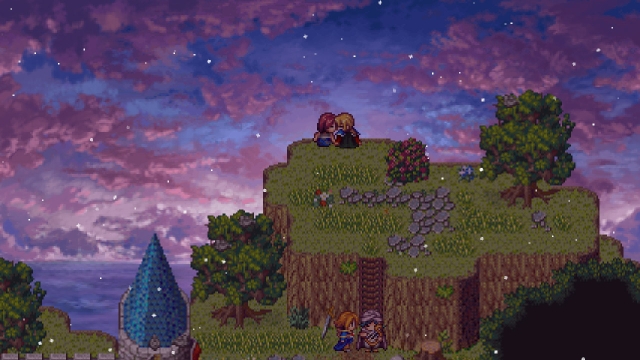 When I play a fantasy-based game, I expect to visit a wondrous world. Ironically, I always end up in a familiar medieval realm, post-apocalyptic hellscape or dystopian city (and then you have Chrono Trigger, which does all three). If I'm lucky, I might find myself in something resembling the Victorian era, and that's really about the only originality I get these days. I know, it's difficult to dream up fresh places all the time, and pretty much all concepts for high fantasy settings have been done. Still, that doesn't prevent content creators and writers from revamping old ideas or revisiting devices that haven't been utilized in a while...

For instance, the world featured in the game Ara Fell (which also happens to be the name of the realm) provides us with a concept we don't see very often. There, humanity had to abandon the surface of their planet, as it became uninhabitable. Since they didn't possess the tech to create space stations or special vaults, they magically raised numerous land masses to the heavens. Basically, everyone lives on the floating continent from Final Fantasy VI, minus the horrific demons, mutants, agitated goddesses, iron-fisted rulers and their sociopathic court jesters.

You don't pick up this info during a clumsily scripted conversation, but piece it together as you advance the campaign. The situation becomes apparent the instant you step out into the windy streets of the protagonist's hometown and take in the sights. You see holes in the ground that give you glimpses of blue sky and clouds, with massive waterfalls cascading into unseen depths, and you know right then what the game's backstory is going to tell you about your new home. 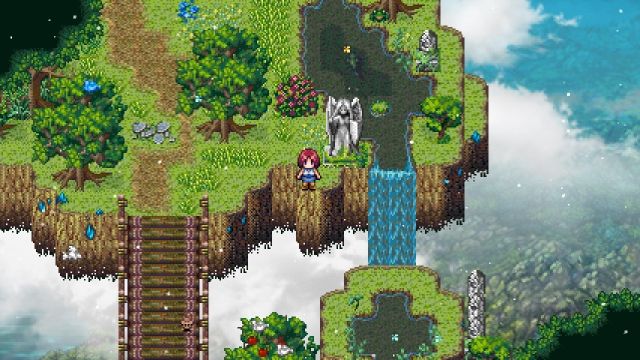 Outside of the background visuals, the game finds ways to visually arrest you. And with simple pixels, no less. Though this adventure isn't a technical marvel, it offers enough small details and constantly busy surroundings that it feels like a fully realized environment: bugs buzz, objects flap in the breeze, seeds sail to unknown destinations, birds fly aimlessly and citizens carry out all manner of tasks. All of this activity occurs in unison, too, and without a single hint of lag. Various items also stick out, like apples on trees, wild life roaming all about and fish swimming in ponds. With such rich details, it's hard not to feel like you've been whisked away to a completely new land.

Ara Fell is a mostly peaceful kingdom where humans live in harmony with nature, and the other races mostly keep to themselves... except the vampires. Always the damn bloodsuckers... You see, they've formed a plot that involves curing their condition and returning themselves to the elves they used to be. However, their scheme could bring Ara Fell crashing down to the world below. Since they're powerful creatures, they're pretty confident they can get away with it. However, they didn't account for meddling kids, because supernatural beings never do. In particular, a young lady named Lita stumbles upon an elven artifact that allows her to control sunlight, not to mention imbue her arrows with ultraviolet, vampire-killing properties. At the same time, she's become useful to the vamps because they need her artifact to complete their mission.

Lita joins three others to embark on a quest to stop the vampires: her love interest Adrian, a mysterious healer named Doren and the confident mage Seri Kesu. As you advance the campaign and check out some of the side quests, you learn additional details about each character and the history they have with one another. Who is Doren and why does he know so much about Ara Fell, the elves and the vampires? Why does Seri Kesu something seem jaded? You answer all of these questions, plus a whole bunch I can't/shouldn't discuss here, all while the tale explores themes like destiny and irony without beating you senseless with them. 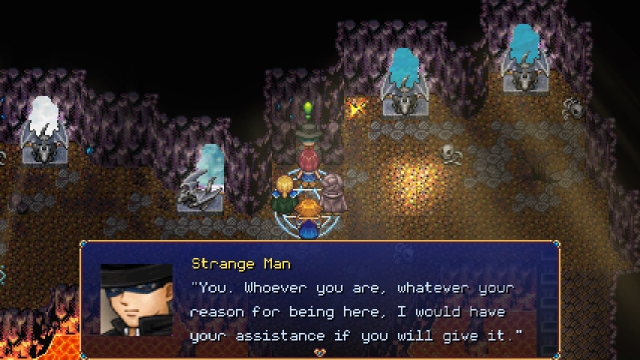 When you set out, you might be overwhelmed at first. Ara Fell doesn't offer a linear path to follow, but a whole region brimming with side avenues, extra routes and hidden places to check out. You'll find tons of small caves here and there, many of which hold helpful items or events that further side quests. Every chunk of land is worth checking out, even if it means having to slay a bunch of giant spiders or deadly wraiths. Of course, you also engage in standard, turn-based fights whenever you run into a creature, where you select such familiar commands as "fight," "item" or "skill." Once you've cleared all of the potential threats (or slipped by them), you're free to nab all of the potion ingredients or armor components present--and there will be a lot of them.

Yeah, this is one of those RPGs. This one features a crafting system that allows you bolster your equipment and contrive consumables so you don't have to spend money on them. Here's the thing: Ara Fell goes whole hog on this system, rather than merely tacking in on as an afterthought. Not only do you find crafting goods literally lying around everywhere, but utilizing them is an absolute necessity. For one thing, merchants only carry so much of each item, so you'll need to whip up restoratives once in a while. On top of that, your equipment is not exchangeable and can only be improved upon. Without constantly boosting your weapons and armor, you'll never stand a chance against the adversaries that continuously pop up, especially some of the late-game bosses that include multiple dragons, an archdemon and a tremendous cephalopod.

That's if you don't upgrade. If you do, then even the hairiest of these battles presents almost no challenge at all...

Ara Fell sits more on the easy side in regards to difficulty rating. Strengthening your equipment by itself goes a long way, and other features only add to that particular beefing. For instance, you can also permanently power up each character's skills and abilities, adding even more punishing effect to maneuvers that were already devastating in the first place. One of Lita's attacks, for example, fires a charged-up arrow. With an upgrade, it can damage the whole opposing force rather than only one target. You'll find it isn't difficult to wipe out whole groups with the skills you earn, too. And oh, it gets better. You begin every encounter with full hit points and mana, so you can cut loose all of your best blasts with reckless abandon. After a few victories, you level up and distribute attribute points that only make you even more badass. 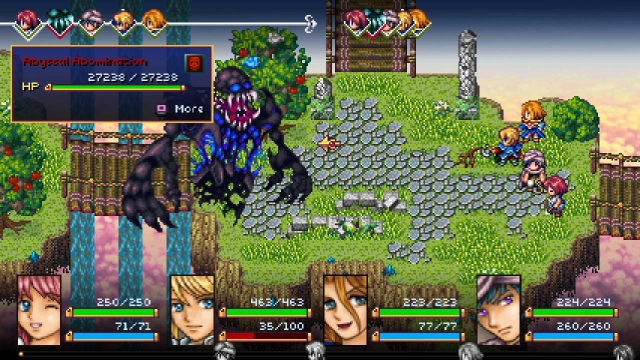 As usual, I'm of two minds about this setup. For one thing, if I put in the work in regards to building a solid team, then I should see positive results. However, the results you see are so astounding that virtually everything you face becomes a joke after you've gotten halfway through the campaign. During my own playthrough, even the final boss and the few hidden super-bosses I found struggled to keep up with me.

Ultimately, though, the game's simplicity is only a minor setback. Its imaginative storytelling and world distracted me enough that I didn't care that I trounced everything that so much as glared at me. What's most important is that Ara Fell is an enchanting piece of escapism that gives us views to a wonderful place full of both beauty and terror. Of course, it helps that its combat system runs smoothly and that it stars a fairly interesting cast. Creativity remains one the main things I look for in titles like this, and the game is more than happy to offer generous helpings of it.
4/5

If you enjoyed this Ara Fell: Enhanced Edition review, you're encouraged to discuss it with the author and with other members of the site's community. If you don't already have an HonestGamers account, you can sign up for one in a snap. Thank you for reading!

© 1998-2021 HonestGamers
None of the material contained within this site may be reproduced in any conceivable fashion without permission from the author(s) of said material. This site is not sponsored or endorsed by Nintendo, Sega, Sony, Microsoft, or any other such party. Ara Fell: Enhanced Edition is a registered trademark of its copyright holder. This site makes no claim to Ara Fell: Enhanced Edition, its characters, screenshots, artwork, music, or any intellectual property contained within. Opinions expressed on this site do not necessarily represent the opinion of site staff or sponsors. Staff and freelance reviews are typically written based on time spent with a retail review copy or review key for the game that is provided by its publisher.