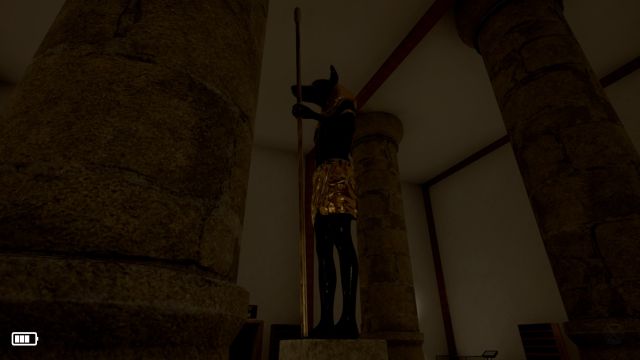 Astray is probably the ten-thousandth horror game I've played that begins with its protagonist breaking into a building of some kind and ends with him accessing a secret lair underground. However, it's probably the first one I actually kind of dig. Granted, little of its offerings are original, and it's not all that scary, but it remains an engaging enough experience that I can somewhat forgive its derivative qualities.

Unlike your average Steam horror fare, this one doesn't begin with our hero forcing his way into an obviously haunted house for the hell of it. Rather, he's searching for his missing uncle, a museum curator. Remembering that the professor loved working overtime, the protagonist enters the sealed-up facility to see if he can unravel some clues regarding his disappearance. Therein, he runs face-first into Lovecraftian terrors...

You can feel an "Ugh" coming on as you begin the affair. After eluding some unseen beast in an opening cutscene, you eventually end up on the museum's front lawn. You look for an ingress, as you do in many indie horror-adventures, even if it means breaking the law. You might expect the game to grab you by the hand and pull you toward every useful location in your vicinity, but instead it leaves you to your devices. You search the premises, observe, tinker with a few simple but effective puzzles, and before you know it, you're in like sin. And it's quite satisfying, too, because you accomplished it without obvious tells pointing you in the right directions. 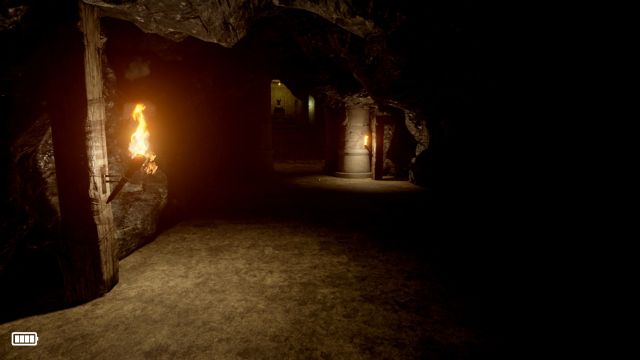 Puzzles comprise the guts of the campaign, including everything from pressure-plates to a couple of timed switches to pass codes written on walls. Although these are mostly contrived challenges, they at least fill their given voids decently. There are a couple of points where you might roll your eyes, such as two segments where you basically play Pipe Dream, not to mention an extremely easy rotating image puzzle.

As you can imagine, few of these offerings are "organic." That is, they're obviously placed there to slow you down and keep you occupied, but they make little sense in regards to narrative. On one hand, their inclusion prevents the experience from becoming a tedious, empty walking simulator. On the other hand, portions of the campaign come across as a bit silly because of the puzzles on offer. For instance, one stage sends you through an Egypt exhibit that not only has a door locked by a hidden plate, but a secret compartment that you access by inputting certain hieroglyphs. I can't imagine a curator and his crew setting these up for the benefit of the museum's patrons, as they only serve the purpose of hiding a key from you.

Honestly, I can ignore these things, even if they do somewhat break immersion. The puzzles on offer accomplish what they need to do, and they're mostly at least fair in regards to quality. Besides, this being a horror title, I had other things to worry about...

Throughout your adventure, you read a handful of warnings regarding your movement speed and flashlight. You don't want to attract attention to yourself, after all. You might laugh to yourself and think it's just an idle threat, because you've been the only one cruising the halls. That's when you enter a pitch-black maze in a demonology exhibit and charge headlong into a shambling, groaning, skinless humanoid, and immediately "S key" like you've never "S key'd" before. 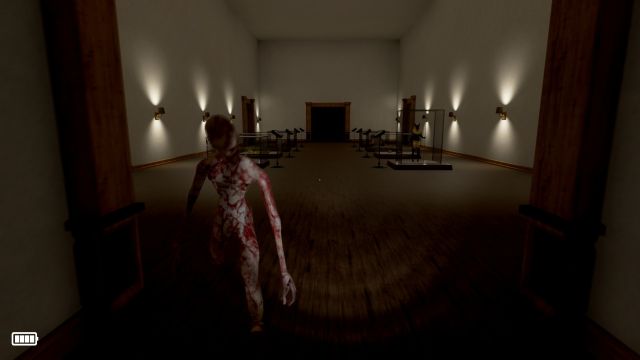 These creatures appear everywhere, especially after a string of puzzles. You venture into a seemingly empty hallway, round a corner and BOOM! Skinless man. You have no natural defense against them, except the ability to run away and scream, and perhaps flail your arms or wet your pants. In some cases, fleeing presents an issue in itself, as charging randomly into the shadows could cause you to corner yourself. At that point, the only thing to do is wait for the beast to finish bludgeoning you to death so you can respawn.

Unfortunately, you eventually find that these monsters are toothless in addition to skinless. Not only can you outrun them, but they de-aggro easily. In cases where one is patrolling an area and you need to get past it, you can easily aggro your foe and lead him away from the area, then carefully sneak back. On top of that, they have a hard time detecting you in certain circumstances. Now and then, you can simply slip past them, provided you don't run or shine your flashlight on them.

Astray makes a few other attempts at scares that don't involve enemies, and it's a damn shame it didn't try for more. One segment sees you enter an Atlantis-themed exhibit, featuring a room with a locked, metallic door. Upon passing it, something will begin slamming into the door, desperately trying to get to you. Part of you will think it's just a trick but a shred of doubt might linger in the back of your head, telling you to get the hell out of there just in case. You might not be surprised to find yourself sprinting into the next room down a dark hallway, throwing yourself into a pool of water and submerging. You might remain there until logic tells you that there could be something lurking in those icy depths, and you abide your paranoia by running back to the previous assailant... 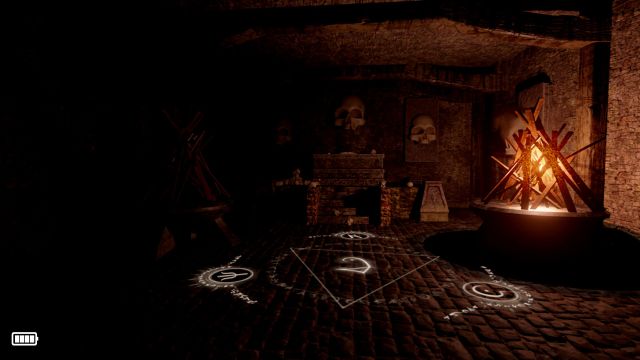 Sadly, the game doesn't hit you with many environmental or cinematic frights, but it does send you into the depths of a storage basement that smacks of Silent Hill 2, with dingy old walls and creepy environs. That section gives way to an underground cave system full of ancient secrets and hints of cosmic horror. Yeah, Alone in the Dark covered this kind of content--and more effectively at that--but it's hard to deny that Astray didn't at least craft a grim, creepy final couple of segments.

Ultimately, the game is pretty unoriginal, but at least a decent, engaging way to blow a couple of hours. Perhaps with puzzles that meshed better with their surroundings and more actual scares, this title could've been another under-the-radar indie screamer like Kraven Manor or 7Days. Still, it's leagues ahead of most of Steam's scary works, so it at least earns a lazy thumbs up.

If you enjoyed this Astray review, you're encouraged to discuss it with the author and with other members of the site's community. If you don't already have an HonestGamers account, you can sign up for one in a snap. Thank you for reading!

© 1998-2021 HonestGamers
None of the material contained within this site may be reproduced in any conceivable fashion without permission from the author(s) of said material. This site is not sponsored or endorsed by Nintendo, Sega, Sony, Microsoft, or any other such party. Astray is a registered trademark of its copyright holder. This site makes no claim to Astray, its characters, screenshots, artwork, music, or any intellectual property contained within. Opinions expressed on this site do not necessarily represent the opinion of site staff or sponsors. Staff and freelance reviews are typically written based on time spent with a retail review copy or review key for the game that is provided by its publisher.