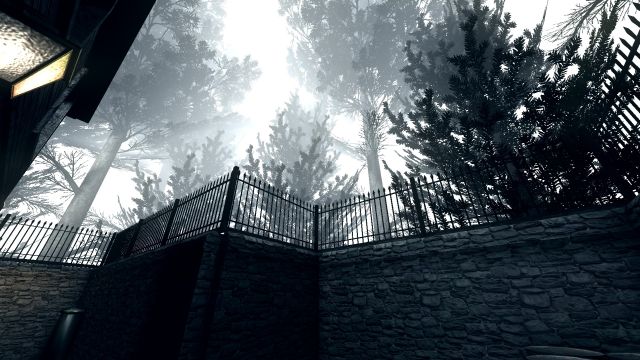 Steam's inexpensive horror fare suffers from a multitude of problems. Instability and incoherence tend to crop up often, not to mention an overall lack of originality. However, these issues pale in comparison to one that plagues nearly every lackluster scary title: the inability to utilize the genre. Some would say that this is to be expected, because most of the Steam's fright-fests were created with minimal effort in an attempt to snag quick dollars from undiscerning consumers. Without knowing the developer's actual motive for a solid fact, though, we're left to consider giving these devs the benefit of the doubt; that maybe they actually intended for greatness, but primarily failed to take full advantage of what this category can offer.

GDNomad's Wooden House springs to mind, as it qualifies as a horror title that didn't make the most of its potential. Here, you play a nameless protagonist who purchases a rather ominous house in the middle of nowhere (something of a recurring theme for GDNomad games, if White Mirror and Autumn Dream are any indication). Upon arriving, a poorly translated note on the door instructs you to seek out a basket in the basement to find your house keys. You mosey down there, effortlessly complete an unnecessary puzzle and find the keys in a locker. Already, we're off to a swimming start...

Admittedly, the titular house looks decent and a bit spooky. The visuals remain crisp throughout, and the grounds are as dimly lit as they ought to be. However, atmospheric environments in horror are merely a "good start," and only become meaningful when they're used to their fullest. Unfortunately, the rest of the campaign squanders this opportunity by taking you through a bunch of pointless tasks apparently used to pad out the campaign's length. For instance, a couple of plot beats send you into the obviously sinister basement to perform some quick chores. Not long after that, the game instructs you to eat something and then go to bed. These are actual campaign objectives, and not merely small tasks you can perform while more important things develop. More than anything, they reinforce the notion that little creativity or forethought went into this title, and that the piece was only generated to relieve you of your spare cash. 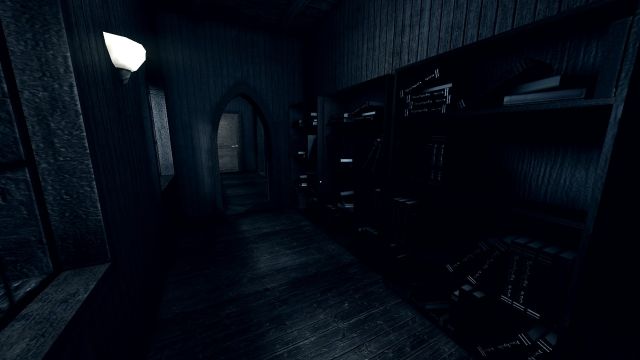 Meanwhile, you occasionally locate scrawled (and poorly worded) notes from the house's previous occupant that basically foreshadow the coming nightmare. I know arbitrarily-placed texts have become a huge genre trope, but they're so often misused nowadays. Wooden House is no exception, as it leaves you wondering why the original owner would not only bother to write down what was happening, but place his experiences in random spots throughout the abode. Not only that, but his notes are so on-the-nose that you know what to expect when the scares begin, and they lose what little edge they boast as a result.

The hell of it is this tedious middle section would've been an excellent time to flesh out a narrative and get to know the protagonist, perhaps even lay down the foundation for a story that's more resonant and personal rather than your standard "going through the motions" kind of affair. You know, actually utilize the genre and what it offers... However, nothing of value occurs during these scenes. You get the impression that the creator had an idea for a creepy old house, but didn't know what to do with it. This is often how the more reviled horror games on Steam come across. Someone has an eerie premise rattling around in their head, but doesn't take into account things like narrative and campaign design. As a result, you often end up a laundry list of mundane quests that sometimes have basic, thoughtless scares and either and incoherent or hackneyed story attached to them.

You eventually obtain The Necronomicon an old book that tells you how to raise the dead. You also find a note from the previous caretaker explaining what he did, complete with ramblings about the dead coming after him. Unsurprisingly when you awaken in the night, you are chased by a blackened skeleton while ridiculous, cartoony chase music plays. This is it. This is the payoff from all the build up you've encountered up to this point. This lackluster turn of events should shock no one, because the game didn't exactly lay groundwork for an explosive big reveal. It hit us with all manner of banal activities, then followed it up with the kind of scares you'd find in your neighbor's inflatable Halloween display. 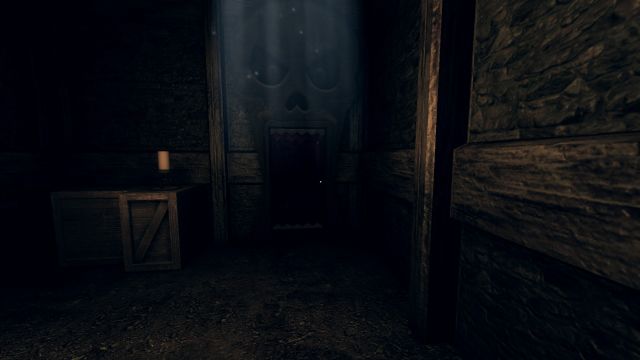 On some small level, this segment merely resembles the horror genre because you run away from something abnormal. This is really the bare minimum the category has to offer, though. There's so much more you can add (or even subtract) to segments like this to give them grisly life. Take away the Scooby-Doo nonsense, give the monster a backstory that wasn't lifted from a Sam Raimi movie and provide us with more detail regarding the protagonist. Give us a reason to invest in him and fear for his life. Or hell, you can take a less story-driven approach and lean into the thrills and suspense. Think less "Night of the Living Dead" and more "Return of the Living Dead," where the havoc never lets up.

Instead, this sad chase scene featuring a toothless foe is what we get. It ambles at you slowly, while you easily outpace with the Left Shift key. A couple of spots attempt to stymie you long enough for the creature to finish you off, but they prove to be of no great concern at all. Ultimately, anyone should be able to run away from the antagonist without even slight difficulty or even a tad bit of added tension. With a creature this weak on the prowl, why would anyone bother being scared?

I allowed the thing to kill me one time to test a theory. Nearly every GDNomad game I've played crashes whenever you need to reload a save file after dying, and this one is no exception. When I opted to get back into the game, I nearly cleared the load screen before the app completely closed on me. No biggie, really, because I was able to reboot the title and get back in without trouble. All the same, I shouldn't have had to do all of that in the first place. 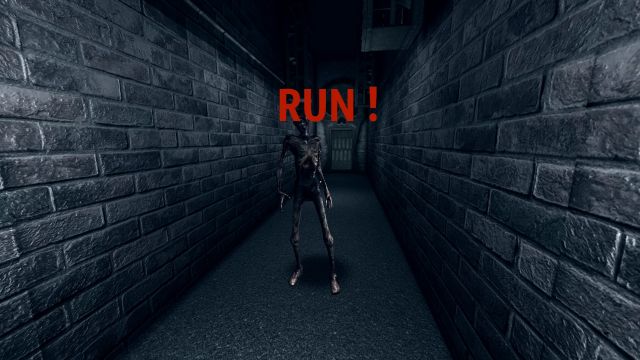 Wooden House represents the one thing that sticks in my craw about weaker indie horror games: that they fail to make use of the genre's versatility. There's so more on offer with horror than "ooga-booga dark house, ooga-booga watch out for the monster" that it seems bonkers to me that someone wouldn't take advantage of it. A horror story can be more than mere scares for the sake of scares. Sometimes a writer wants to communicate their abstract fear in a more tangible way, and does so by transforming it into, say, a monster or ghastly situation. Or maybe someone wants to offer up a cautionary tale. Or simply create a macabre work of art. Or make a bit of social, political or existential commentary. Or even just have fun and craft an experience that's intensely paced and chilling without worrying about subtext or pretentious babble.

But Wooden House isn't any of those things. It's just another game where you complete meaningless tasks while avoiding a totally unoriginal peril, further cheapened by hilariously bad music. It's also yet another strike against Steam and its strange insistence against quality assurance.

If you enjoyed this Wooden House review, you're encouraged to discuss it with the author and with other members of the site's community. If you don't already have an HonestGamers account, you can sign up for one in a snap. Thank you for reading!

© 1998-2021 HonestGamers
None of the material contained within this site may be reproduced in any conceivable fashion without permission from the author(s) of said material. This site is not sponsored or endorsed by Nintendo, Sega, Sony, Microsoft, or any other such party. Wooden House is a registered trademark of its copyright holder. This site makes no claim to Wooden House, its characters, screenshots, artwork, music, or any intellectual property contained within. Opinions expressed on this site do not necessarily represent the opinion of site staff or sponsors. Staff and freelance reviews are typically written based on time spent with a retail review copy or review key for the game that is provided by its publisher.