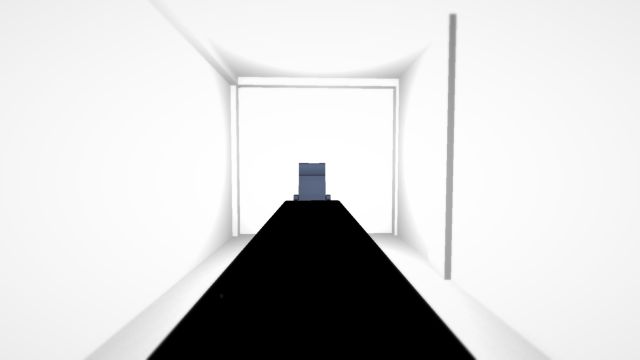 Experimentation pushes boundaries and helps genres to evolve. Even in failure, it often delivers us from the everyday, cliche-ridden tales we've experienced umpteen times, and takes a category into uncharted territory. Sadly, it also sometimes leads to pieces that don't work out and ultimate feel like a drag on your finite free time. However, developers bold enough to think outside the box and try fresh, weird content should still be lauded for their attempt, even if their finished products earn scorn.

Developer Anothink's The Interview takes us away from those dusty old castles and haunted houses, and skips the age-old "your car broke down somewhere sinister" premise. You play Adam, a man looking for a job who landed an interview with a mysterious firm. You know nothing about it, how it operates who or what industry it services, but none of that matters because you need steady income regardless. As you enter the firm's headquarters, you're ushered down a white hallway into a plain white room that consists of a long table, two chairs and a camera. You take a seat in the red chair and the grilling begins...

There isn't much interactivity on offer here. Unlike other first-person adventure titles, you don't get to fully explore whole locales or engage in deep puzzles. Instead, you use a cursor to select answers from multiple choice question: Do you prefer black or white? Do you believe in a deity or higher power? Do you prefer a gun or a knife? Would you rather be a victim or a killer? 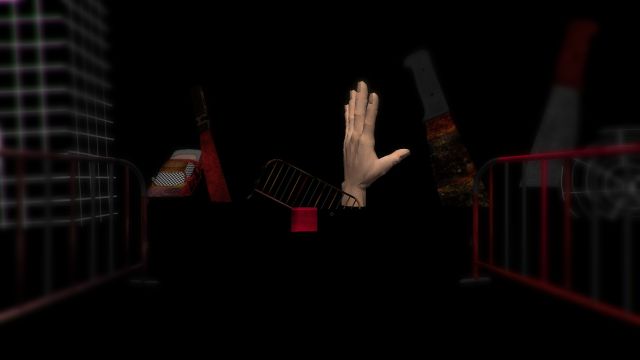 Occasionally, the screen will flash after you pick an answer, and you'll catch glimpses of some surreal, ghostly world. Knives of varying sizes, some as large as city buses, protrude from the walls of one area's grimy walkway, while black and white checkered squares dance to a depraved tune in another realm. However, these visions don't serve much of a purpose beyond making you say, "Oh, that's weird." One of them is interactive, but only allows you to walk forward and click on an object. These views to monstrous dimensions would've been more useful or frightening if we could interact with them in some way or if they actually gave us reason for concern. Here, they're just bonkers visuals for the sake of bonkers visuals.

Yet, despite these ultimately lackluster offerings, I came away from this product slightly conflicted. On one hand, I'm glad Anothink moved away from the usual spooky character models chasing you, jump scares and shadowy buildings full of creepy sound effects, because the genre needs to move forward from that stuff. However, The Interview's campaign represents a mere tip-toe in the right direction, but one that is undone by the game's latter half.

All three minutes of it...

Only a few other small things transpire after the previously described scenes. You watch a video played on a wall, depicting everything from murder to children playing with animals, then you frolic in a field. Eventually, you mosey through what appears to be an extremely dated VR world with floating words, leading to a red box. After a few of these interludes, the ending plays in full glory... 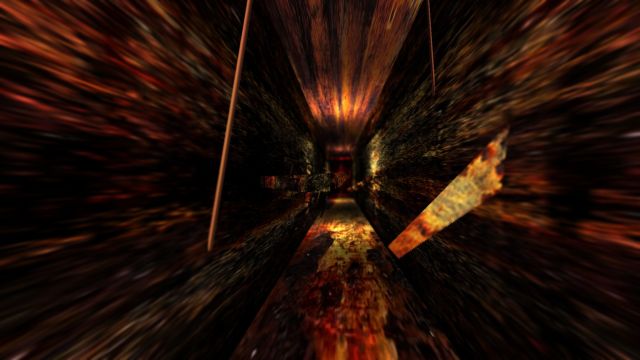 You know how horror stories have "big reveals?" In other words, some tales veil the true nature of a character or situation, drip feeding you hints before attempting to blast you with a big twist. Well, this game sports one, and it's about as anticlimactic as a plot twist can be, mostly because the game spells everything out for you in plain, written passages. It tells you a few things about Adam and his interview that it merely hinted at before, blatant giving away its secret without much fuss or fanfare. And just like that, all of the surreal nonsense you've just endured becomes a complete waste of time, because it built up to something so dull and cheap.

"Show, don't tell" is a mantra that even hack writers love to repeat. Yet, there's a reason it became such a mindless bit of advice. Dryly stating what went down isn't nearly as effective, scary or thrilling as offering players a more subtle representation of the events in question. I'll give you an example without spoiling a film. There's a movie where a group of guys are commissioned to complete a monotonous task, and the tedious manner of their work seems to stir up paranoia and a variety of other psychological issues. At first, we believe that someone in the group may be so far gone that he's homicidal, but a fairly stunning final segment reveals he's actually possessed by a malevolent spirit that was present in their place of work. We didn't hear a narrator tell us about possession, and none of the characters started chatting about ghosts or demons or anything of the sort. Not a soul in the film even mentions the supernatural, but based on the evidence placed before us, we can surmise that was the case.

The Interview would've played out much more effectively if it had executed something similar. Rather than force feeding players Adam's secret with a boring paragraph, a more stunning revelation could've allowed The Interview to pack a psychological punch. Trust your audience to be smart enough to make connections, because doing otherwise only beats them over the head with implications they could've puzzled out themselves. 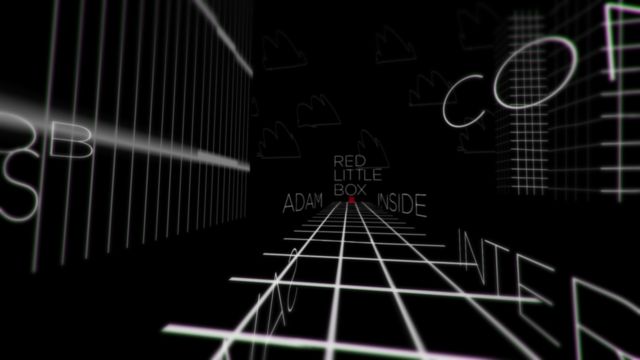 Though I harp on this game's failings a lot toward the end, I appreciate the effort put into taking the horror genre somewhere it hasn't been yet. It was a clever concept, but one that didn't work in execution. Is there's more fuel left in the tank for another strange, unique horror game like this? Sure, but more interaction and a conclusion that doesn't practically steamroll its audience with its big reveal would be great. A spiritual successor to this piece is a viable option, and would help some of us forget that this title fell short of its mark.

If you enjoyed this The Interview review, you're encouraged to discuss it with the author and with other members of the site's community. If you don't already have an HonestGamers account, you can sign up for one in a snap. Thank you for reading!

© 1998-2021 HonestGamers
None of the material contained within this site may be reproduced in any conceivable fashion without permission from the author(s) of said material. This site is not sponsored or endorsed by Nintendo, Sega, Sony, Microsoft, or any other such party. The Interview is a registered trademark of its copyright holder. This site makes no claim to The Interview, its characters, screenshots, artwork, music, or any intellectual property contained within. Opinions expressed on this site do not necessarily represent the opinion of site staff or sponsors. Staff and freelance reviews are typically written based on time spent with a retail review copy or review key for the game that is provided by its publisher.