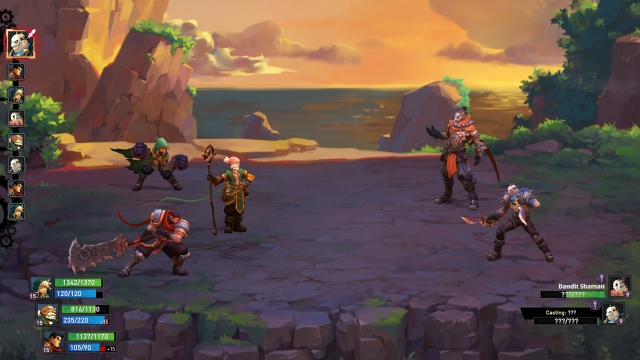 There are two factors that might work against your decision to purchase of the turn-based RPG Battle Chasers: Nightwar. For one thing, it's a license title based on a comic book from the late '90s. It's not a super well-known franchise today because only nine issues were published before its creator, Joe Madureira, put it on indefinite hold. If you haven't read those books, you might understandably fear that you'll be lost while running through this adventure.

The comic itself concerns a young girl named Gully, whose father (a great military strategist) has gone missing. During his absence, monster beasts called "lycelots," which are basically werewolves, attack her home. Gully eludes the creatures and eventually discovers a pair of magical gauntlets that belonged to her father. Upon donning them, they confer superhuman abilities to her. After some time, she joins up with a few other folks who serve as her bodyguards: the haunted swordsman Garrison, the war golem Calibretto and an ancient wizard named Knolan. Garrison also has a friend/former lover and bounty hunter named Red Monika, who wasn't part of the group in the comics, but joins them at the beginning of the game.

Honestly, while comic provides some background for the game's playable party (with the exception of Alumon, a new character who allies with Gully midway into the campaign), you don't need to follow the original storyline to know what's going on here. For one, the introductory cutscene includes a quick rundown of its stars, which both recaps the tale and introduces the uninitiated to the main entourage. Plus, the game doesn't pick up where the comic left off. Instead, it jumps several plot beats ahead to a point where Gully and her friends travel via airship to an undisclosed destination. Unfortunately, after a desperate encounter with sky pirates, they end up crashing on an island. 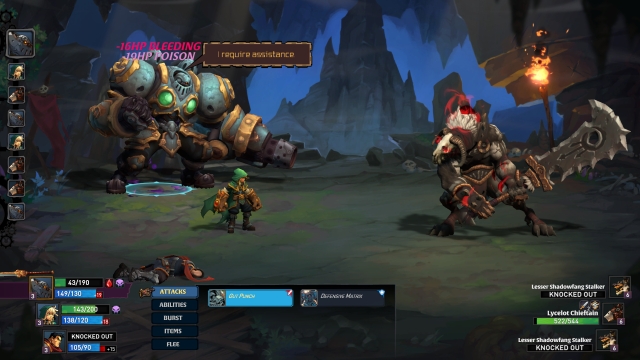 Of course, this wouldn't be a standard roleplaying game without some of nefarious scheme to thwart, so Gully and company uncover a sorceress's plot that involves an undead army and a demon lord. You know, normal stuff... Sadly, if you were hoping for more character development, you won't find much of it here. Though some amusing cutscenes crop up when you sleep at an inn, you don't learn any additional details regarding the main cast. My guess is they didn't want to push anyone's character arc any further because this game will probably be regarded as an alternate timeline rather than a canon event.

Ultimately, the tale it tells isn't anything new or remarkable, but fills its given void well enough to pass the hours. Mostly, it leans on RPG tropes, but uses them effectively enough to entertain.

Your other qualm would also be an understandable one, because this game isn't exactly known for its lightning-quick pacing. However, to call it "slow" wouldn't be entirely correct. Rather, it's more like the game takes its time, plodding along at a gentle pace so it doesn't run out of fuel before reaching the finish line. 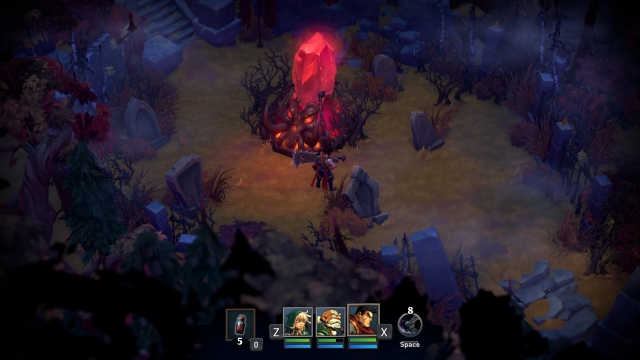 The slack speed is noticeable at first. Your characters mosey onward at a moderate rate while they amble on the travel screen, and even move more deliberately in battle. When you select "fight" from the combat menu, they don't merely swipe at the empty space in front of them, but ready themselves, leap through the air and tense their muscles, all before cutting loose a bone-crunching blow. The slowness lends extra brutality to even the most basic strikes, and as a result time isn't wasted.

It also helps that the game's presentation mirrors its inspiration, decked out with dark, comic book-like graphics and wonderful little details to each character model. You see little gears turning on automatons, individual pieces of armor attached to humongous evil knights and each tiny skull attached to massive, undead-ish slime monsters, all rendered in '90s indie comic style. However, the real visual treat comes with using special abilities and limit breaks Burst Attacks, where your party unleashes its deadliest strikes, complete with hair-raising slices, skewers, slams and explosions.

Most of your fights require more than spamming your strongest hits. You need to make use of appropriate buffs or deter debuffs, not to mention time your heals just right. If you use a restorative skill at the wrong time, then you end up wasting a turn that could've been used to chip away at the rather tough opposition or empower yourself. And if you aren't convinced that buffs will help much, consider this case. When I took on the final boss, I lost several times after long, drawn-out attempts. After providing one of my characters with a critical hit rate bonus, he landed a face-breaking Burst that brought my adversary's hit points down so significantly that a single, standard shot from my weakest warrior did the creature in.

Bear in mind that the campaign didn't just roll over and let me destroy it. I undertook a decent amount of preparations to get to that point, and that included managing perks properly; crafting, locating or purchasing the best equipment I could lay hands on; and taking the time to grind for experience and cash, not to mention the "shadow coins" I used to purchase books that offered additional perk points. Bear in mind that I amassed those shadow coins by revisiting dungeons I'd completed and taking part in a simple, satisfying fishing mini-game. In other words, I invested a lot of time into my party between plot points, mostly because the campaign's difficulty rating spiked so considerably that undermining advancement led to me dying constantly and wanting to uninstall the app.

Depending on the kind of person you are, you'll either hate having to manage your party so anally because you find that sort of stuff tedious, or you'll relish it because seeing a plan come together so well gives you the tinglies. I'm of the latter persuasion, though I will say if you don't like constant grinding, looting, selling stuff, embarking on side quests or collecting permanent passive bonuses, then you're probably not going to enjoy Nightwar much. 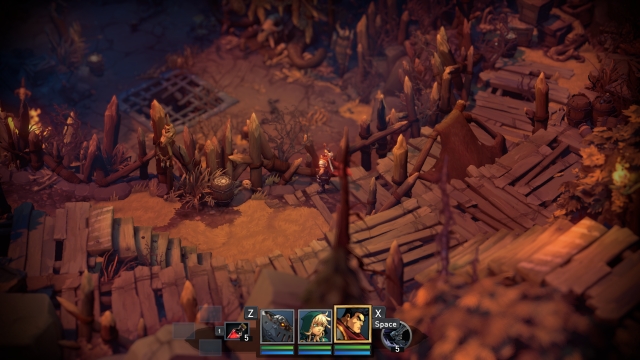 Dynamic dungeons help keep the experience at least somewhat fresh. While there are some static locations to investigate, dungeons are the game's main attraction. Each one comes with a collection of set rooms that are shuffled upon entry, sporting all manner of features. Obstacles courses sit in some, with traps that either damage the party or hit it with status afflictions (e.g. poison, bleed, curse, etc.). Of course, you'll also stumble upon your share of loot rooms, simple puzzles and in-dungeon side events that load you up with money and various other goodies.

That's how I was able to scour those stages multiple times and ensure that my party was ship-shape before progressing. Sometimes, I'd find a basic lever-throwing puzzle with a huge chest that held improved armor for Gully. Other times, I'd defeat rare monsters and bring myself closer to earning "beast perks," which are passive bonuses you gain for killing a certain number of each enemy type. Best of all, fighting a boss on the highest difficulty proved to be a litmus test that would tell me if I was ready to press onward.

Nightwar offers pretty much what I would've wanted from a Battle Chasers game. My only hope is that if a sequel should materialize, I'd like to see a storyline with more involvement from the cast. Let's see some more conflict and maybe a little character advancement. Don't just treat this budding game series like an unimportant side story that will eventually be ignored. I'm not saying this title fared poorly in that domain, but it could've done so much more with its material. I'd like to see its sequel accomplish just that feat.

If you enjoyed this Battle Chasers: Nightwar review, you're encouraged to discuss it with the author and with other members of the site's community. If you don't already have an HonestGamers account, you can sign up for one in a snap. Thank you for reading!

© 1998-2021 HonestGamers
None of the material contained within this site may be reproduced in any conceivable fashion without permission from the author(s) of said material. This site is not sponsored or endorsed by Nintendo, Sega, Sony, Microsoft, or any other such party. Battle Chasers: Nightwar is a registered trademark of its copyright holder. This site makes no claim to Battle Chasers: Nightwar, its characters, screenshots, artwork, music, or any intellectual property contained within. Opinions expressed on this site do not necessarily represent the opinion of site staff or sponsors. Staff and freelance reviews are typically written based on time spent with a retail review copy or review key for the game that is provided by its publisher.