Samuel Gordon did not have an easy life. Sure, hes one of the last members of a well known British noble family which means he can treat others like trash and has a never-ending supply of money, but in recent years, Samuel lost a lot. His wife was lost in a tragic fire; hes hooked on prescription pills that help him sleep, and most recently, his dear old grandfather, William Gordon, died via means of defenestration in the middle of the night. Allegedly. Samuel remembers his grandfather as a smart man, so the entire situation is suspicious, at the very least. Using his quick thinking, he sets off to find the true reason behind the death of his grandfather, and the history of the Gordon family, as well as that of the Black Mirror manor in which he resided.

First thing most people will notice is that Samuel is kind of a dick. I suppose it goes hand in hand with being a noble man, but considering the game is set in the early eighties, one would think talking to your gardener like he was a lesser being would be a thing to be frowned upon, especially since he treats members of his family with respect. Of course, throughout the game you can see that most people that get treated like crap are treated like that for a reason, but still  not cool Samuel. Not cool at all. However, some people Samuel does treat well. Like the family butler, Bates, an old man whos been with the family his whole life, his grandmother Victoria and his cousin Robert, a doctor in the local sanatorium.

The Black Mirror is an adventure point and click game released back in 2003, at the age where the genre was not faring as well as it did in the glorious nineties. For all intents and purposes it follows the formula without deviating from the norm. Samuel can talk, pick up objects, solve puzzles and use his brain power far more often than any brawn that he might possess in trying to find out what exactly happened to his grandfather on that fateful night. Puzzles in general are well put together, and a lot of times, to progress the story, Samuel just has to talk to the right people about the right things. Most puzzles are pretty fun. My favorite one is probably when Samuel comes across a torn up picture of a man and hes got to put the bits and pieces together to form the entire picture. Later on a similar concept is made with a torn up letter, which you have to put together for it to make sense. That is an example of a good puzzle. Example of a bad puzzle that, yes, you will come upon is the dreaded sliding box puzzle. Oh, how I loathe you. There are a few of these around, and yes, they suck just as they have always sucked. It is one of the worst concepts ever put as a puzzle in a game, and whoever came up with it being a staple in the genre should be dragged out to the streets and shot for the amusement of the masses. 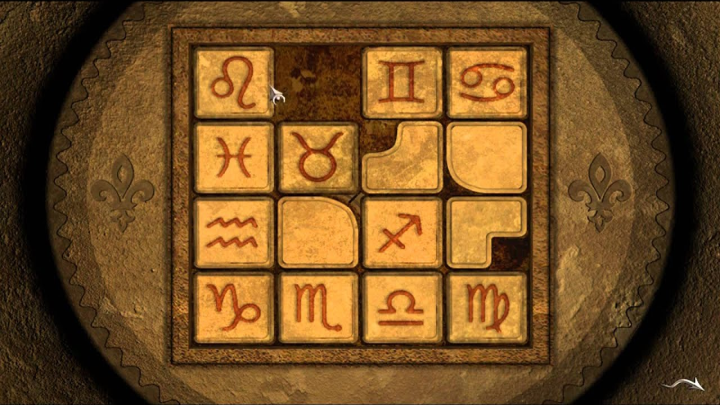 A lot of the game happens in the eponymous Black Mirror mansion, an estate that covers the two floors of the house, as well as the garden and the stables area. That does not mean Samuel will not get to travel outside, though, since a lot of the clues will bring him to the local town, as well as the graveyard or the forests surrounding the manor. Locations are nice to look at, using a mixture of drawn and photo-realistic imagery to convey in detail what is going on. And now, the greatest problem of the game comes from said locations and where you will get stuck. Not on the puzzles, not on the difficulty, but rather on finding something on screen. There are a few locations in the game where you will get stuck due to the inability of having the right items or interacting with the right thing on some screen. Not because you are daft, but rather because said item is so small, or so melted with the rest of the scene, that it will be next to impossible to find it. In the olden days, we called that pixel hunting, and yes, there is a lot of that going on. At an early point of the game, Samuel is in his bedroom, and there is a door leading to the hall. On the ledge above the door, if you find just the right spot, you can find a small key that is necessary for progress. But finding that spot is the tough part. And it really shouldnt be. Sequels fixed this by adding a hotspot system, and it was a very, very welcome fix. 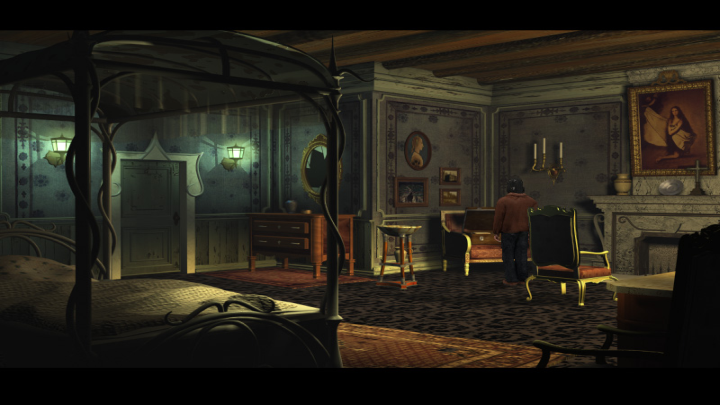 That key is in that little pixel over there. Somewhere. Good luck finding it

The entire tale is spread over six chapters, of which each is more or less a day in Samuels quest. Through it, he will see that of course, things are not as transparent as one might think. The Gordon family history is a long, violent one and through it, a lot of the members of the family, especially males, died under suspicious circumstances. All starting with the two brothers that started the family line, Marcus and Mordred.

In conclusion, while the voice acting can be choppy at certain points, in general the story is well delivered, and while pixel hunting is irritating (and one should never forget about the dreaded Hellspawn that is the sliding box puzzle), its no wonder that this game has a cult following in certain countries in Europe, or that it spawned two sequels and a reboot in 2017. If youre a fan of point and click games, check this one (and the sequels) out. 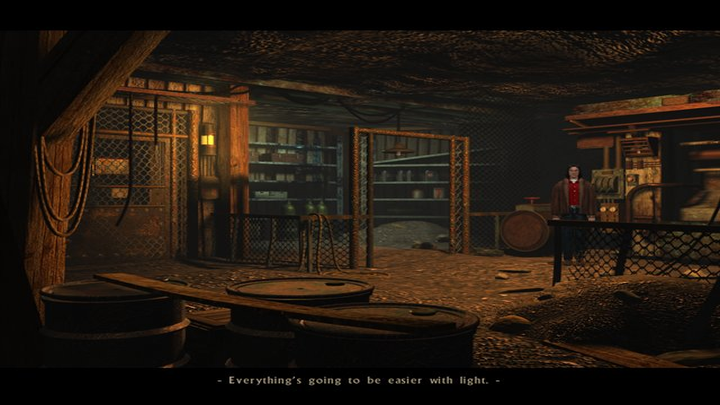 If you enjoyed this Black Mirror I review, you're encouraged to discuss it with the author and with other members of the site's community. If you don't already have an HonestGamers account, you can sign up for one in a snap. Thank you for reading!

© 1998-2021 HonestGamers
None of the material contained within this site may be reproduced in any conceivable fashion without permission from the author(s) of said material. This site is not sponsored or endorsed by Nintendo, Sega, Sony, Microsoft, or any other such party. Black Mirror I is a registered trademark of its copyright holder. This site makes no claim to Black Mirror I, its characters, screenshots, artwork, music, or any intellectual property contained within. Opinions expressed on this site do not necessarily represent the opinion of site staff or sponsors. Staff and freelance reviews are typically written based on time spent with a retail review copy or review key for the game that is provided by its publisher.