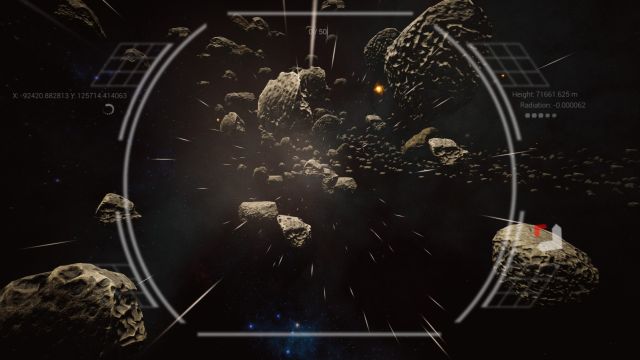 I don't like to use cliche, dismissive summaries when talking about games. However, Steam's lack of quality control makes avoiding such derision difficult. Sadly, I've played a lot of games from that marketplace that would be best summarized as "playable screensavers," "basically tech demos" or "someone's programming class projects." Although Valve purged a buttload of asset flips and shallow dollar grabs, a handful of depthless, minimalist excursions remain on the platform.

For instance, Space Shaft. If you read that title and expected an action game with Richard Roundtree kicking ass among the stars, you're going to be sorely disappointed. Rather, this first-person space sim places you near an asteroid belt and tells you to collect fuel cells (represented by tiny, gassy clouds) while staying clear of the aforementioned rocky obstacles. The game's Steam page suggests you fly directly into the belt and carefully maneuver around the objects while nabbing your quarry. After roughly two seconds of playing, though, you realize such a task is a tall order because your spaceship is apparently drunk. Whenever you try to maneuver the thing using WASD, it meanders about and careens with ease into obstacles.

Allegedly, the gas clouds you collect allow you to boost your speed, but there's no evidence of this. You can try out all of the keys and buttons after gathering dozens of fuel units, and never see even a slight increase in velocity. Either this function doesn't exist or the game is so bugged that the feature is in accessible. That alone should scream Houston, we have a problem loudly enough for you to back out and uninstall the app. If you're a glutton for punishment like me, though, you'll just continue collecting fuel cells and complaining until you wise up. 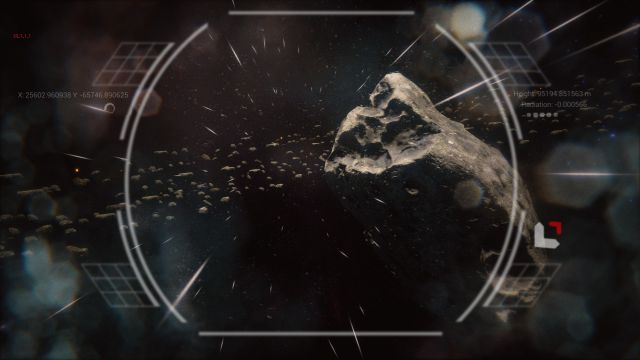 When you collide with an asteroid, you merely respawn in the center of the belt. You might also notice that your cloud counter vanishes from the screen at this point, further raising red flags. Thankfully, red letters on your left continue your tally, apparently signifying that death isn't the end of your voyage.

I tried my hand at this game for about five minutes before growing tired of it. I had a hell of a time weaving around the asteroids while also trying to secure the gas I needed, and only managed to grab one piece every few deaths. After I obtained my third or fourth cloud, I decided to screw around before exiting for good. I turned my nose toward the center of the ring, away from the asteroids and into a vast, open space occupied only by a single, large mass in the middle. At this point, I noticed something startling: the gas clouds didn't remain in the belt, and eventually floated into the safe, asteroid-free section in the center. Gears turned in my head, and a cheap strategy formed...

I sailed around the middle for about fifteen minutes, swiping clouds that came toward me. In fact, I managed to secure more than the supposedly required fifty, and nothing happened. I figured maybe the game glitched when I died earlier on, because the HUD no longer displayed my fuel cell counter. I then decided to torture myself further and restart the game afresh, attempting to snag all fifty cells without dying. My count reached 51/50, and still no closing credits, no ending sequence, nothing. So I flew my ship past the circle, into the great beyond of open space and waited until the game crashed.

...which it did. I consider this event the true ending. 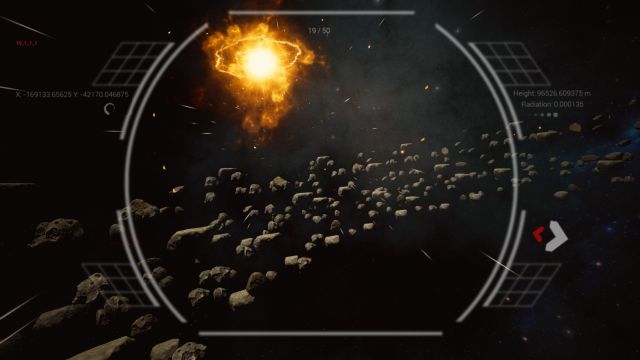 There's no incentive to continue playing after you've collected even a few cells. You don't unlock any new assets or items or locations, and the experience is precisely the same from one second to the next. Hell, its difficulty rating doesn't even ramp up as you proceed, so even an Atari 2600 game would have more content to offer than this product.

And that's it. You fly around and collect fuel cells until you get tired of doing so. You don't need to fly among the asteroids, as the Steam page's demo video suggests, and somehow that revelation feels like both a huge oversight and a tremendous relief. You don't need to play the game as it's intended to finish it, but that doesn't matter because you can't finish it anyway. Truly, Space Shaft epitomizes the notion that some games are just slapped together and shipped out without much play testing. As I mentioned earlier, I don't like mindless dismissals, but I've never played a game more akin to an interactive screensaver than this one.

If you enjoyed this Space Shaft review, you're encouraged to discuss it with the author and with other members of the site's community. If you don't already have an HonestGamers account, you can sign up for one in a snap. Thank you for reading!

© 1998-2021 HonestGamers
None of the material contained within this site may be reproduced in any conceivable fashion without permission from the author(s) of said material. This site is not sponsored or endorsed by Nintendo, Sega, Sony, Microsoft, or any other such party. Space Shaft is a registered trademark of its copyright holder. This site makes no claim to Space Shaft, its characters, screenshots, artwork, music, or any intellectual property contained within. Opinions expressed on this site do not necessarily represent the opinion of site staff or sponsors. Staff and freelance reviews are typically written based on time spent with a retail review copy or review key for the game that is provided by its publisher.