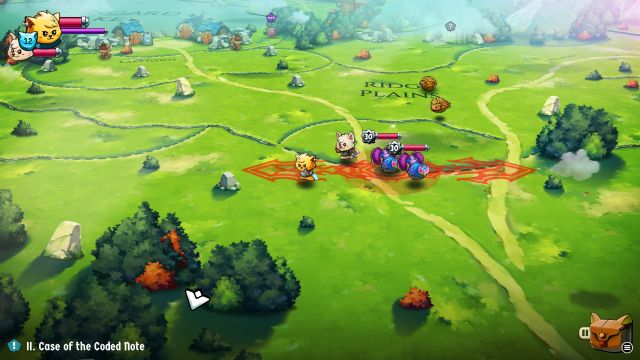 Sometimes you need a break, and not just from the humdrum and frustration of everyday life. You've had a rough week and all you want is to plop down and get away from reality for a while with an interactive distraction. Perhaps, though, you don't want an ultra-demanding or horrifying experience when you're blowing off steam. You've had all the jaw-jacking action you can stand, and you don't need a paranoia-inducing horror experience. You just want something colorful and breezy, and maybe upbeat, adorable and a little corny. So you hold off on the FromSoft and Frictional products and go straight for titles like Cat Quest II.

This isn't the kind of RPG where you romance one of your cohorts, spend hours poring over possible character builds or rack your brain with complex moral decisions. Rather, it features a lot of soft and cuddly content. In other words, you can expect a fair helping of bright, cartoony visuals and charming monster designs, combined with music that absolutely befits the genre. These qualities perfectly set the tone for a lighthearted adventure that doesn't take itself too seriously. I mean, one mission sends you off to find a cursed warrior's favorite toy ball, and others hit you with pop culture references and pet puns. You'll encounter fewer dramatic speeches here, but plenty of moments where NPCs talk about "ruff days" or "purr-fect timing."

This installment also adds dogs to the experience, as well as co-op mechanics. Instead of controlling a single cat this time, you guide a feline king and a regal canine on a quest to restore order to their respective kingdoms. In single player mode, you control one of the pair while the computer maneuvers the other, and you can switch between the two at any time. There's also no need to worry about your buddy's AI, because it's very well balanced. He'll neither hog all of the glory nor burden you by dying constantly, and he'll even get in a few good licks of his own. 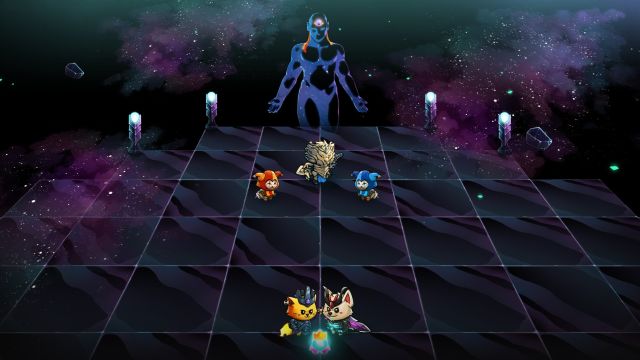 If you're not big on the idea of working with the computer, you can always talk a friend into playing with you. This title allows two-player co-op, so you and a pal can root out hidden thief lairs or locate special treasures together. This is a much-needed change, since the rest of the title is almost identical to its predecessor (which is terrific if you were a fan of it).

Regardless of the mode you pick, you shouldn't expect an incredibly demanding experience. Combat is pretty cut and dry, consisting of button-mash offense, quick evasive maneuvers and magic. Sadly, your options are limited when dealing with foes, as the equipment on offer only allows you to create either a warrior or a mage. Sure, you could aim for a fusion of the two, but that's not a viable option. If there are any future installments, I'd love to see a slight expansion on the featured classes. Maybe we don't need a whole laundry list of them, but more than two would be terrific. Can you imagine a dog druid or a kitty thief?

No, wait, a cat burglar! Please, make this happen!

Honestly, I can forgive the lack of character customization, because the game finds other ways to enthrall you. It's difficult for me to put it into words, but you reach a kind of zen-like state while playing. You feel it when you look at the map and realize how free you are to roam and explore. You notice it every time you get into a battle and the mechanics are just simple enough to be intuitive, but fast-paced enough that you still have to put some effort into your survival. It greets you any time you gain access to a new area and find you have much more ground to cover. 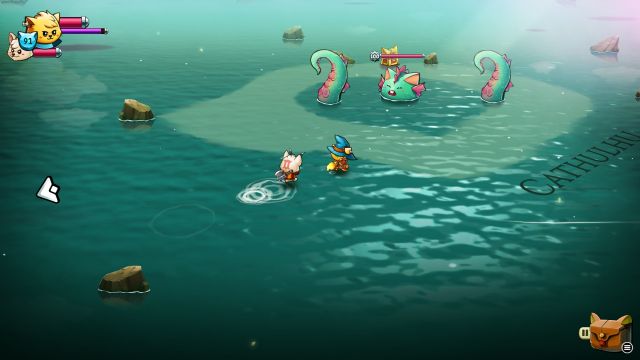 You fall into a routine of checking the map for side quests or incomplete dungeons, just before voyaging to them to scratch them off your to-do list. You might enter a village and take part in a series of missions inspired by "The Strange Case of Dr. Jekyll and Mr. Hyde," then battle waves of monsters in a trial dungeon, only to check out a remote cave and see if it holds any good spoils. Mostly, you receive equipment for your troubles, either netting a new weapon or piece of armor, or an upgrade to an existing item. Reinforcement like this makes for an addictive experience, too, because you're constantly pounding through challenges to see which mystery gifts you earn.

Your explorable domain constantly expands. You might start off with just a small forest and a town or two to search, because the creatures beyond those grounds are too formidable to let you pass. But as you level up and complete more storyline quests, you gain ground and push your adventure to new limits. You can eventually scour the second continent and its arid landscape, or learn to walk on water and explore the secluded caves and temples that lie on desert islands. By the end of your journey, you'll snag special keys to unlock secret locations, battle super-bosses like Cathulhu and acquire the best weapons on offer.

It shouldn't take you too long to complete Cat Quest II. I had the whole thing wrapped up in under twenty hours, with all achievements unlocked. That alone should tell you what you're dealing with here: an easygoing, light RPG that not only distracts you from the usual daily nonsense, but presents a sweet alternative to more stressful titles. It succeeds at building a world that people of all ages and skill levels can enjoy, provided they aren't hoping for super deep, detailed content. If you appreciate good/bad puns and love furry creatures, this one should help you decompress.

If you enjoyed this Cat Quest II review, you're encouraged to discuss it with the author and with other members of the site's community. If you don't already have an HonestGamers account, you can sign up for one in a snap. Thank you for reading!

© 1998-2022 HonestGamers
None of the material contained within this site may be reproduced in any conceivable fashion without permission from the author(s) of said material. This site is not sponsored or endorsed by Nintendo, Sega, Sony, Microsoft, or any other such party. Cat Quest II is a registered trademark of its copyright holder. This site makes no claim to Cat Quest II, its characters, screenshots, artwork, music, or any intellectual property contained within. Opinions expressed on this site do not necessarily represent the opinion of site staff or sponsors. Staff and freelance reviews are typically written based on time spent with a retail review copy or review key for the game that is provided by its publisher.