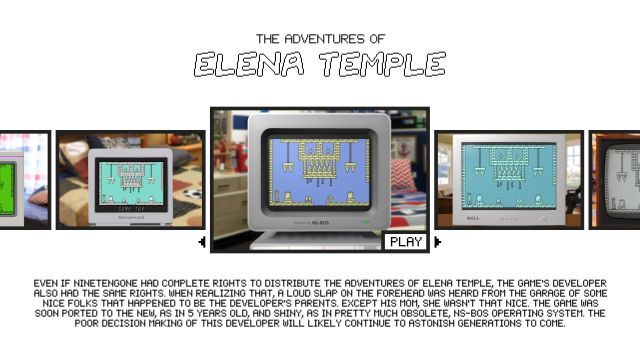 I wasn't sure what I was getting into when I started playing The Adventures of Elena Temple. I knew it was a retro-style 2D platformer, but the opening screens caught me off guard. Several different presentation styles popped up, each with its own little backstory detailing the game's release in the early '80s and subsequent re-releases. I didn't read much of the first few passages and thought that maybe I'd bought a legit old game presented in a museum format. I felt like a fool picking up my phone and Googling the title to find out if that was the case. Of course it wasn't...

Still, this is a neat feature. Each different graphical style is a "port" created for a fictional system that parodies an actual platform, trading the Nintendo Game Boy for Nintengo Some Toy, for instance. Each selection not only modifies the visuals, but also presents the action on a tiny screen in various household rooms, recapturing the feel of booting up an old Tandy or Apple II in your living room or office.

Although there are several art styles on offer, none of them provide a fully colorized adventure. The Game Boy Advance-ish version comes the closest, but even that only gives you pale blue and bright white, with black outlines. I realize that this adventure aimed to capture older computer graphics that didn't showcase complex palettes, but I would've expected more than two colors for the GBA stand-in. 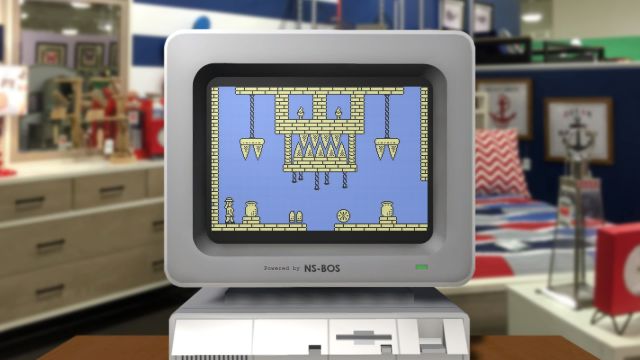 Despite the above novel feature, I entered this platformer expecting to be underwhelmed. After all, I've played way too many faux-retro platformers on Steam that offered nothing new or remarkable. This one didn't seem much different, as it thrust me into a temple loaded with traps and stock enemies. Spikes jutted out of floors, disappearing platforms cropped up occasionally, vipers hissed and stymied progress, massive saw blades patrolled various sections... You know, another day at the office.

Meanwhile, I came at them with a measly pistol that could only hold two bullets, enough agility to leap onto lofty platforms and a solid death wish. Thankfully, this adventure features infinite lives, unlike its ancestors, so croaking presented only a minor setback. Armed with my gun and my wits, I had to collect coins and diamonds, as you do with any platformer set in ancient ruins.

In previous titles, though, bagging goodies gave you a higher score and that meant you were awesome and deserving of an "Oh wow, good job!" from whichever random adult you told about your exploits. Here, the booty is more vital, because there is no score and there are no individual levels. Every room you explore is interconnected, similar to Metroid. However, you don't gain any new abilities. Instead, you have to rely on the goods and talents Elena brought with her to conquer various puzzles and problems. Doing so nets you more treasure, which allows you to access the exit. No, you can't just sneak about the backdoor and call it a day, either. A couple of rooms require a certain amount of either coins or diamonds, so you actually need to collect those items. 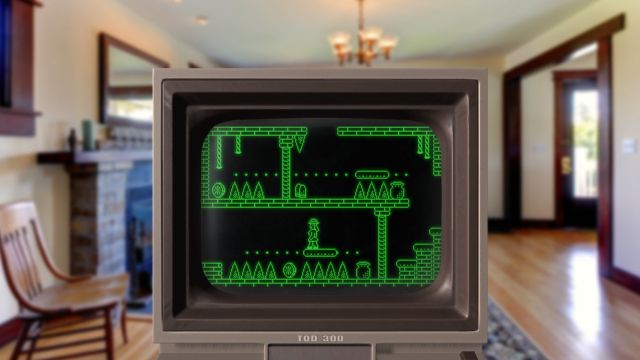 A fair portion of the coins sit in plain sight and are easy to snag. However, a lot of them remain hidden, either inside of vases that you need to shoot or within rooms that are difficult to access. Sometimes, you need to survive a gauntlet of hazards before accessing a new room. You might ride a moving platform and avoid a saw blade, all while being mindful of the spikes below. About half of these obstacle courses are simple to figure out and overcome. Others, however, are downright vicious. One that really drove me nuts involved a bunch of appear/disappearing platforms, a la Mega Man. I had to time my leaps just right, or else I would either drop to the floor and start the whole process over again, or I would end up hopping into ceiling spikes.

Other segments utilized a full ensemble of deadly devices and creatures. I remember one that had vertically moving platforms and a handful of massive bats roaming about, plus some coins hidden in vases. I had to plan out a proper strategy to deal with all of the nuisances, because ammo was limited and required to both clear the space and obtain the money. Later, I took on a more complicated stage where I had to use floor plates to move a platform that held arrow turrets. I had to position the turrets so that they shot some snakes that sat on several tiers, leading to another room. While maneuvering around the area, I also had to beware of arrows myself, because a couple of stationary turrets constantly fired in my direction.

You don't get much wiggle room, either. All of these challenges appear in tiny rooms, crammed into tight corridors and small corners. Elena's dev, GrimTalin, impressively made the most of little space, packing fairly intricate tasks into small areas. On top of that, the overall design of the temple is terrific, with individual chambers connecting in a variety of ways. Some rooms sport multiple entrances, with some features lying out of reach. For instance, you might enter a chamber and spot another ingress that leads to an out-of-reach ledge and a coin. You can jump all you want, but only exploration is going to get you that silver. 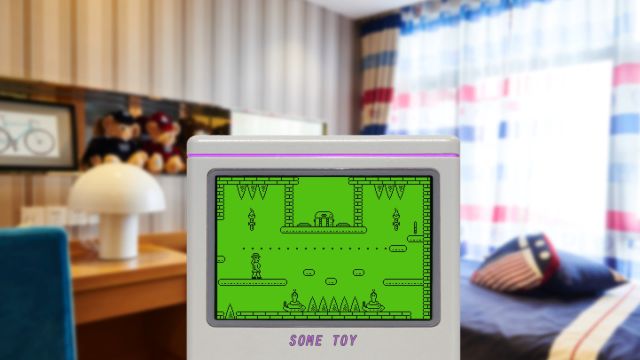 Sadly, when I crossed the finish line, I didn't feel entirely satisfied. Don't get me wrong; it's actually a very engaging game. I pored over the in-game map quite often, planning out a strategy for scouring the grounds and swiping as much loot as I could find. However, the overall experience didn't even take me two hours to complete. Before even hitting the ninety minute point, I waltzed right into the final chamber and proclaimed victory. Though I had fun with the content on offer, I couldn't shake the sensation that there should be a second quest (like in The Legend of Zelda) or further material of some kind.

Elena Temple may lack color and provide only a short campaign, but it offers both quality platforming and novel presentation. It boasts a balanced challenge factor and great segments that require problem solving rather than gut-wrenching violence. It may be brief and visually underwhelming, but it's engaging and addictive, and for that it earns my applause. Call me greedy, but I wish there were still more ruins to explore...

If you enjoyed this The Adventures of Elena Temple review, you're encouraged to discuss it with the author and with other members of the site's community. If you don't already have an HonestGamers account, you can sign up for one in a snap. Thank you for reading!

© 1998-2021 HonestGamers
None of the material contained within this site may be reproduced in any conceivable fashion without permission from the author(s) of said material. This site is not sponsored or endorsed by Nintendo, Sega, Sony, Microsoft, or any other such party. The Adventures of Elena Temple is a registered trademark of its copyright holder. This site makes no claim to The Adventures of Elena Temple, its characters, screenshots, artwork, music, or any intellectual property contained within. Opinions expressed on this site do not necessarily represent the opinion of site staff or sponsors. Staff and freelance reviews are typically written based on time spent with a retail review copy or review key for the game that is provided by its publisher.