He might not be as strong as Superman, as fast as the Flash, or as curvaceous and squishy as Wonder Woman, but Batman is without a doubt one of the most popular superheroes of today. Known as the dark knight of Gotham City, this renowned detective managed to overcome the boundaries of the medium that spawned him. From movies and cartoons, all the way up to video games, such as the awesome Arkham Asylum/City. However, not all needs to be dark and gloomy in Bruce Wayne's life, and what's more fun than Lego?

It all opens up with the Joker's attack, an opening that should be mandatory for all things Batman. The lovable mass-murdering lunatic launches a full scale attack on a fundraising dinner of which Bruce Wayne is the guest of honour, making Joker just the least lucky psychopathic clown in existence. Bruce uses the commotion to change into Batman and then proceeds to get chiropractic on various henchmen.

Following the logical conclusion of said dinner, Joker ends in Arkham for the billionth time, with all the other psychopaths. This lets him hook up with Lex Luthor, another guest at the fundraising dinner naturally, and wreak havoc all over Gotham City. 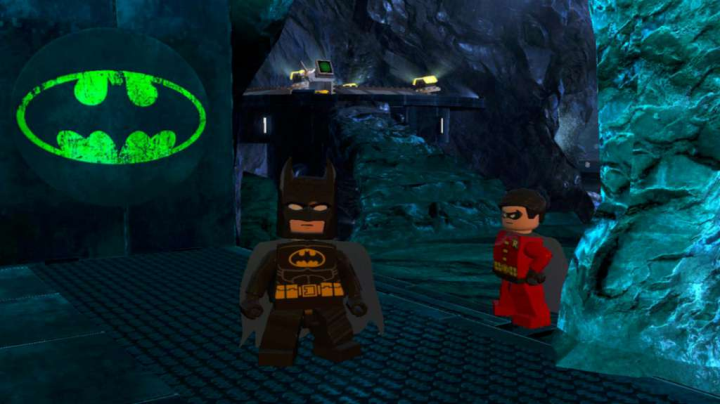 Most fans know what to expect when Gotham is concerned. A pretty outside that covers up the seedy, criminal infested underground. Lego Batman takes a similar approach, but is not afraid to throw its own spin on the title, so those that want a more serious title might remain disappointed.

While all the villains are hardcore criminals that would do awful things like take candy from a baby (and then immolate it for funsies), it's all displayed in a cute light that we grew to expect from other Lego titles. For instance, a Gotham T.V. reporter brings news between various missions about the current state of Gotham, and asks the audience (a.k.a, you), whose bright idea was it to put all of the criminally insane into the same prison. That's not even going into physical comedy that the title is full of.

Of course, when one talks about Batman, he knows what the fans expect. After all, the dark crusader is a master of pretty much all martial arts known to man, which he is more than willing to demonstrate. While those skills will be placed to the test, I must say that cerebral and platforming elements take precedent.

Naturally, Batman won't be alone in his quest to rid Gotham of filth, because there is always the suspiciously young boy who hangs around Batman far too much for it to be healthy, Robin. Both of the characters can be controlled by a single player, or if you are not a lonely, desperate man like me, you might try co-op and be the real dynamic duo. I apologise, this sounded less nerdy in my head. 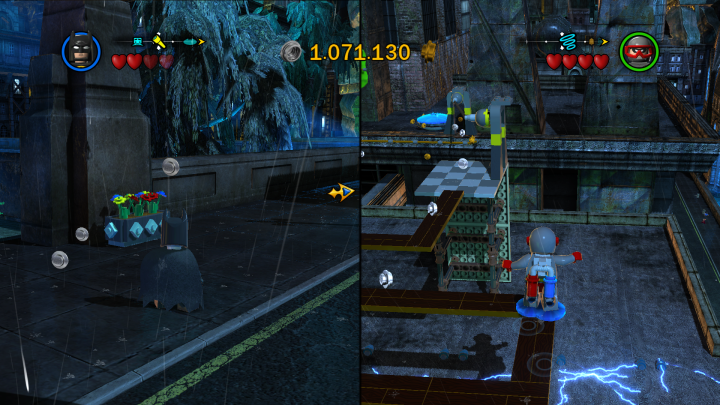 While both characters are more or less equal when it comes to fighting, there are certain differences that are most visible in various suits that they can change into in order to pass certain sections. Batman can, for instance, wear an armoured suit that will give him the ability of shooting rockets that pretty much blast everything in sight, while Robin can change into an acrobat outfit with which he jumps far higher and better, giving him the ability to reach certain locations that other characters can't.

Yes, other characters. After all, the subtitle of this game is DC Superheroes. Besides the main characters, you can unlock other characters throughout the game that you can control, be it in story mission or in free roaming modes.

It would be impossible not to mention the eternal boy scout Superman here who sort of ruins the fun for both Batman and Robin when his abilities are mentioned. He doesn't need to jump as good as Robin since he bloody flies, his fists are pretty much rockets, he can freeze stuff with his breath and as such, he doesn't need the suits other characters do. It might make him less interesting to play because he is virtually invincible, but by God, I do admit having fun and just letting loose with the last son of Krypton in blowing up everything.

Other characters include various villains too. For instance, Joker uses his "amusing" props to fight enemies, while the Penguin can send out small wind up penguin dolls that blow up when they come in contact with other objects. 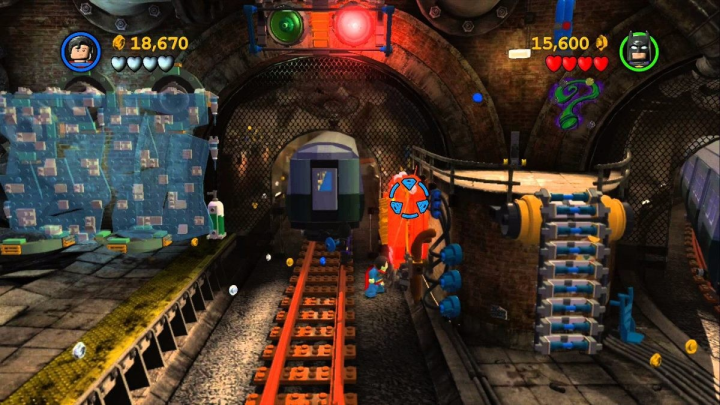 That makes the entire title last that much longer. You have your story missions and the free mode where you can explore Gotham City in its entirety. In either mode you can collect money that can unlock new characters or search for various lego blocks that unlock new areas.

Everything looks pretty, and up to today's standards which is an odd thing to say, considering everything should be made out of Lego's. Honestly, if there is one thing that can piss off people, it's the camera view that just refuses to stay still or to be controlled in a way that would be considered useful.

Also worth mentioning is the fairly poor control scheme, at the very least for the PC gamers since there are a lot of buttons to remember. From your usual directional buttons, there are separate ones for jumping, hitting, using special attacks, changing players, turning the camera, entering/exiting a vehicle, and so on. 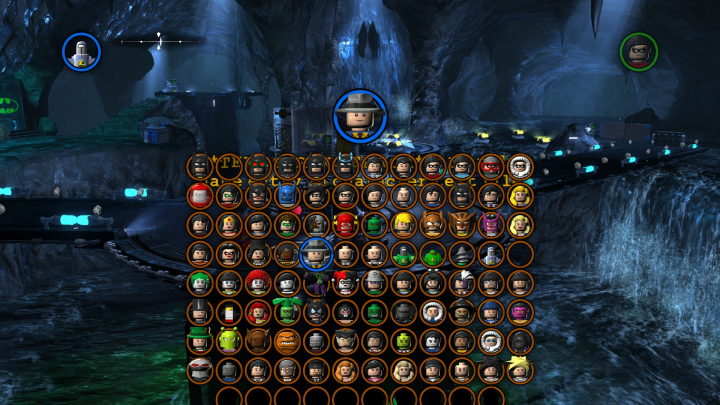 The music score is fantastic, and it uses the original Batman music composed by Danny Elfman, the guy who pretty much did everything Batman for the animated show and the first Batman movies. This title is also the first one in the Lego franchise that uses voice acting, again from the same people that were the voice actors in the animated universe, and more recently, in the Arkham games.

Some might be skeptical about the look of Batman, thinking that he should be gloomy, dark and serious all the time, but that is not the right mindset for this kind of title. Behind the cutesy lego graphics, the slapstick and typical "comic book" story, this is a very well made title in which you can enjoy. It's not boring, there's a whole load of things to unlock, and entire ensemble of characters to play as. This is a very well made project, and definitely a step in the right direction for the Lego franchise in general.

If you enjoyed this LEGO Batman 2: DC Super Heroes review, you're encouraged to discuss it with the author and with other members of the site's community. If you don't already have an HonestGamers account, you can sign up for one in a snap. Thank you for reading!

© 1998-2021 HonestGamers
None of the material contained within this site may be reproduced in any conceivable fashion without permission from the author(s) of said material. This site is not sponsored or endorsed by Nintendo, Sega, Sony, Microsoft, or any other such party. LEGO Batman 2: DC Super Heroes is a registered trademark of its copyright holder. This site makes no claim to LEGO Batman 2: DC Super Heroes, its characters, screenshots, artwork, music, or any intellectual property contained within. Opinions expressed on this site do not necessarily represent the opinion of site staff or sponsors. Staff and freelance reviews are typically written based on time spent with a retail review copy or review key for the game that is provided by its publisher.