EXO Squad made its surprise appearance on the SEGA Genesis in 1995, leaving a remarkable impression on any kid who had watched a plethora of obscure cartoons in the 90s which most have been forgotten by the passing of time. It is quite a curious thing to wonder how this animated series made its way to the 16-BIT console having that as a considerate point, although it was recognizable enough to have its own toyline just as well. My own memory of this game comes from watching commercials of it on TV while the show was still in the air, and said cartoon was decent enough if not cheaply animated. As I finally get a taste of what the game counterpart is like, I can state the same about it, reflecting on the show itself. 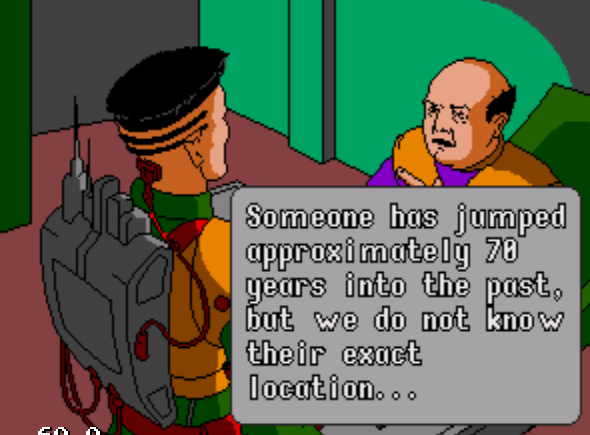 The backstory of the game follows the animated series, on which a squadron of Terrans fight off the Neosapiens who rebelled against humanity and have been invading Earth and other colonized home worlds within the show. Gameplay alternates between being a shooter, a platformer, and a fighting game along with different characters used. This gives quite a variety to play through, although gameplay itself is a bit poor. The flight stages for instance are possibly one of the worst features, making it hard to control and maneuver among a chaotic swarm of enemies and enemy fire tossed your way. The platforming stages are quite simple but a bit annoying and repetitive, one major complaint is the actions needed to pick up health items, having to press UP on the d-pad until your mech crouches and picks up the item. Finally the fighting stages are quite complex, leaving you to just mash buttons in hopes to win than a planned strategy against AI controlled enemies that have virtually no problems on dodging every other attack and countering relentlessly. While said fighting mode is a bit biased, its also a bit entertaining, more than the flying stages in fact. 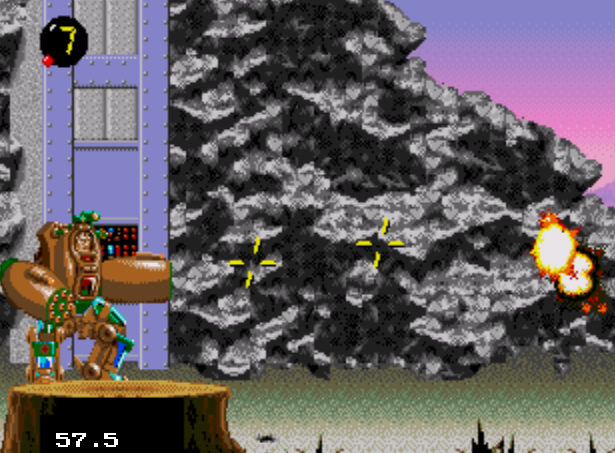 The graphics are quite something, especially on the platforming and fighting stages. The mechs move with all the fluidity of a 3D model feature, although most of the enemies are quite bland and two dimensional. The sound is also something to appreciate with vivid explosions, mechanical sounds, and background music that range from enjoyable to a bit generic.

The game uses a password system and features unlimited continues and you will be needing both since the game sports quite a high difficulty, including its troublesome flying stages which end up making you see red when trying to go through them. Besides Arcade Mode it also features a Duel Mode, where you can duke it out against the CPU or a second player using various characters in their respective mechanical suits. I will remind you however, playing against the computer is a pain as I stated above. Another feature of the game is its cutscenes, which resemble the cartoon series art wise and you can even slow down the text spoken from every character featured. These scenes add a dramatic flair to the game which no doubt earns it a few points, but not enough to compensate on the negatives portrayed. 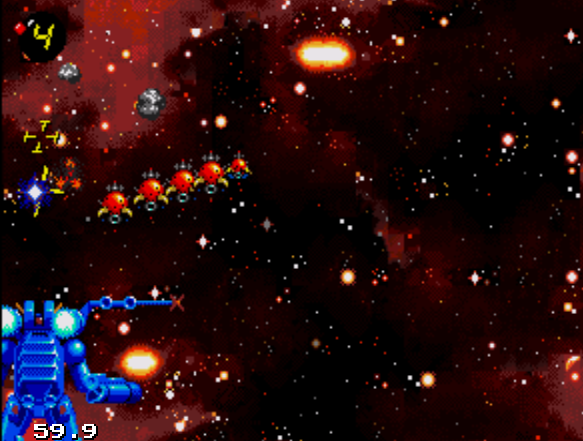 As such, EXO Squad does not exceed on much in terms of gameplay, although it is appreciated that includes a variety of ways to play through it. It is a sad thing that control on some of said stages makes you want to rage quit killing the mood after you start getting the hang of it. I really did not appreciated the fact the very first stage was the accursed flying type, but it was easier than the ones that came later. I will also rant against the way the menu is displayed, using a slow moving crosshair while you try to navigate through the options. It makes it feel like you are fiddling through a virtual rubix cube. 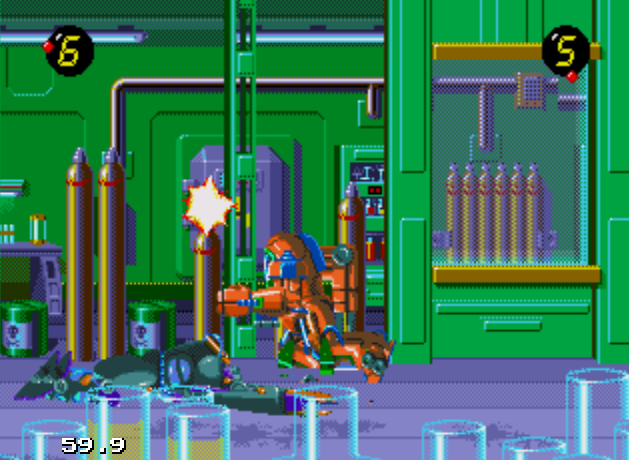 So is this game worth owning? Well, it would depend on sheer nostalgic factor being that its just too generic of a game to actually considering adding to your Genesis library, even if this statement makes me wince as I write it.

If you enjoyed this ExoSquad review, you're encouraged to discuss it with the author and with other members of the site's community. If you don't already have an HonestGamers account, you can sign up for one in a snap. Thank you for reading!

© 1998 - 2022 HonestGamers
None of the material contained within this site may be reproduced in any conceivable fashion without permission from the author(s) of said material. This site is not sponsored or endorsed by Nintendo, Sega, Sony, Microsoft, or any other such party. ExoSquad is a registered trademark of its copyright holder. This site makes no claim to ExoSquad, its characters, screenshots, artwork, music, or any intellectual property contained within. Opinions expressed on this site do not necessarily represent the opinion of site staff or sponsors. Staff and freelance reviews are typically written based on time spent with a retail review copy or review key for the game that is provided by its publisher.