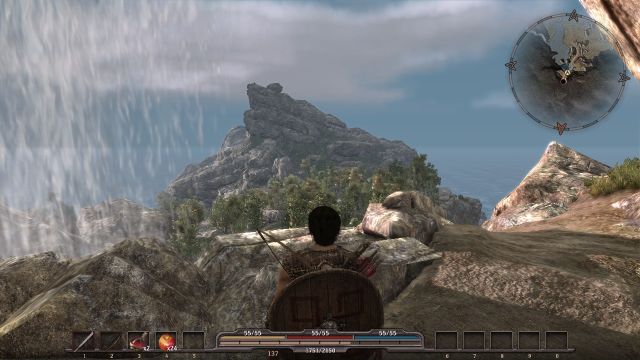 Despite bearing the brand, Arcania: Gothic 4 has little in common with its brethren. Sure, it's an action-RPG starring a nameless protagonist who fights alongside familiar names like Diego, Gorn, Merdarian and Lester, but otherwise it's a completely different beast. You don't grind for ages to earn "learning points" that either boost your stats or teach you new combat or occupational skills, and there's neither a vast, open world to be explored nor a handful of factions waiting for you to join them. Gothic 4 presents you with mechanics that differ from those its predecessors offered, and that might scare off some old school players.

Honestly, though, new mechanics and a fresh coat of paint aren't inherently negative traits. With fresh features, this could've been the installment that set new, exciting standards for the series and took us to wilder, stranger or more fantastic places. Sadly, this new campaign doesn't accomplish that mission, but not specifically because it deviates from its franchise's trademarks...

Your quest begins like so many other RPG quests do, with you wandering around your quaint hometown and completing tutorial quests. Eventually, you meet a witch who takes you through a dungeon. Out of the blue, a wall collapses and our new nameless protagonist meets with the kind of heartache that might serve as a motive for a perilous adventure. So he and Diego set sail to even the score and end up on a dinky island, where you engage in more quests that might as well be tutorial fare. Fetch this, kill those, steal that. You know, that sort of thing. 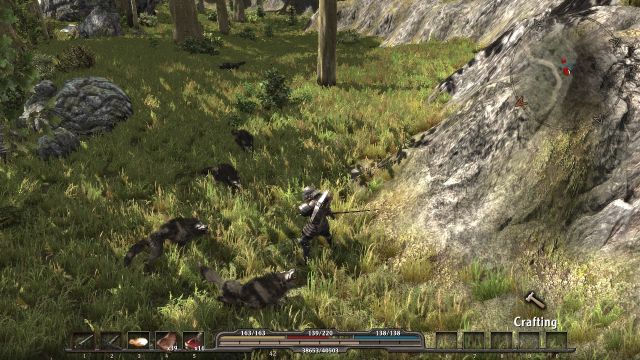 After some exploration, you realize a few things. First off, your adventure follows along a fairly tight rail. Each segment of the campaign provides you with a tiny section of open real estate to search, but nothing grand. You can't mosey on to the next piece of the island until you've dealt with the current area's issue. In the first portion, you need to take care of some bandits who've rendered a bridge impassable. You accomplish this task by fetching some items and then fighting them. Once you've completed that, you advance to the next region and commence this rigmarole yet again. As you jump from one loosely attached subplot to another, you begin to wonder if this title didn't begin development as an episodic piece.

The other woe you notice is that fast traveling is all but MIA. Granted, there are a few teleporters around, but they only work in pairs. In other words, teleporter #1 only takes you to #2, and vice versa. You can't travel from #2 to #3, or #3 to #5, etc. You will need to backtrack several times throughout your quest, and it's irritating having to waddle the whole length. Did I mention you can't run, either? Expect a handful of long, tedious walks.

With each new section, you'll find a handful of NPCs who need help. No matter how far into your journey you've advanced, they'll always ask you for the same basic junk. So you might turn your brain off while completing those menial tasks and only truly pay attention to the main quests on offer. However, those quests similarly lack creativity or bite. For instance, during one side quest, a woman searches for something that belongs to her guild. You locate it in the depths of a cave, after killing a horde of goblins. As you advance the story, you meet a soldier who lost his lord's standard. You can't skip this mission, either, as it's required to advance the campaign. Guess where you find his standard? Cave. Goblins. Horde. 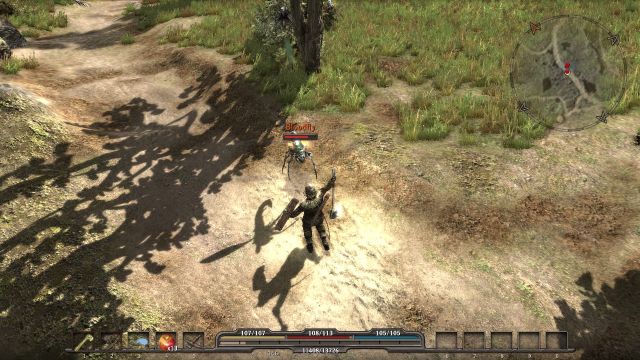 And goblin hunting never really gets all that exciting. You see one group of them, you click them to death, a la Diablo, you move on to the next and it's the same story. For a while, most of your foes fall with the same tactics. Orcs might require extra evasive maneuvers, but they're more or less giant goblins. Wolves, boars, ostrich-like scavengers and massive insects also pose little threat and perish with modest effort. Each slain creature fills your experience, you level up and you allocate skill points to basic, stat-boosting categories that allow you to create a melee-oriented warrior, an archer or a mage. You know, like in every other RPG.

Eventually, you reach a point where your adversaries are more empowered, where you find yourself burning through more healing goods and spending loads of cash on resupplying your consumables. It's at this point that Gothic 4 takes off the training wheels and goes from mediocre to--brace yourself--just okay.

After completing events in a swamp, you charge through a mountain pass, a jungle, a few dungeons and a snowy region, slicing into legions of the undead and massive "shadowbeasts." You eventually arrive at a zombie-infested town, complete with Romero-esque boarded up windows and nailed doors. You scrap with mercenaries, take on harpy-like monsters and even tangle with some demon lords. And for a while, the experience isn't so dull. Your adversaries put up more of a fight, and you actually feel somewhat engaged in combat. 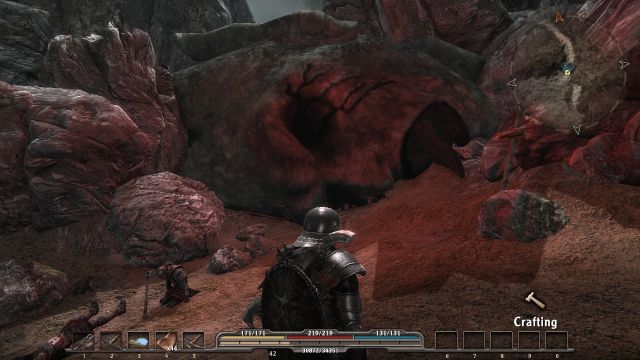 As with so many other segments, the late-campaign excitement fizzles out with numerous anticlimaxes. You catch up to the one responsible for your broken heart, and engage him in a standard boss encounter. You break a few barriers that the game really played up as nearly impossible to penetrate, and little fanfare greets you. You meet with a very important character, have a brief chat with him and that's that. Off you go with little dramatic build, as if this wasn't the cool part you were waiting for. It's as if the entire game is trapped in a perpetual state of "just about to get good," and it never quite gets there.

As I write this review, the fog of my aging mind moves to claim my memories of Arcania: Gothic 4. None of its content stands out as particularly great or noteworthy. You encounter a lot of familiar material and rehashed genre devices, to the point that everything you experience runs together. Gothic 4's sin isn't that it differs from its brethren, but that it didn't make full use of its unique identity. The franchise could've gone to wondrous new places with this installment, but instead it concludes on a weak note.

If you enjoyed this Arcania: Gothic 4 review, you're encouraged to discuss it with the author and with other members of the site's community. If you don't already have an HonestGamers account, you can sign up for one in a snap. Thank you for reading!

© 1998 - 2022 HonestGamers
None of the material contained within this site may be reproduced in any conceivable fashion without permission from the author(s) of said material. This site is not sponsored or endorsed by Nintendo, Sega, Sony, Microsoft, or any other such party. Arcania: Gothic 4 is a registered trademark of its copyright holder. This site makes no claim to Arcania: Gothic 4, its characters, screenshots, artwork, music, or any intellectual property contained within. Opinions expressed on this site do not necessarily represent the opinion of site staff or sponsors. Staff and freelance reviews are typically written based on time spent with a retail review copy or review key for the game that is provided by its publisher.