Mentori Puzzle is an odd, jumbled little game that tells the story of cute mascot characters fumbling their way through their mundane lives, between actual gameplay segments that find the player dropping puzzle pieces and clearing them from the screen in a process that feels like a cross between Tetris and Puyo Puyo, but not really. Though rather simple in the end, the experience has some quirks that can be difficult to wrap one's head around and that's a shame. In the midst of the disorder there lurks a unique and worthwhile diversion for players of all ages.

One of the first things you might want to know about Mentori Puzzle is that it's based on characters that, according to my research, were originally created for the popular Japanese messaging app, Line. That app features a variety of stamps, sort of like the stamps you can glean from apps and use when messaging your unsuspecting friends on an iPhone. The avian characters became popular enough to inspire a series of short anime clips that finished airing most of a year ago, and this game's stars and perhaps even the overall story are pulled from one or both of those properties. 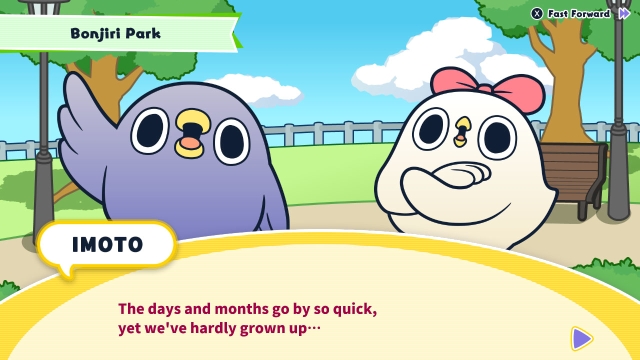 For a North American audience, the characters and situations may come off as rather bizarre, particularly because the plot likes to break the fourth wall and also (quite naturally, given the source) relies on silly Internet speak that doesn't always translate well. The translation job itself is also suspect for other reasons. Often, it feels like it's being awkward one hundred percent definitely on purpose, but elsewhere there are punctuation choices and such that muddle things to no obvious purpose. I like that the writers enjoy keeping things moving at an energetic pace, but the plot is difficult to follow and thoroughly frivolous even when you're up to speed. It's ultimately not my cup of tea.

As you begin playing, you're instructed to start with the Story mode, which in addition to introducing the characters and their dilemma functions as a tutorial. After you mess around for a bit, you unlock Battle mode so you can go head-to-head against a friend. Your progression through those two modes unlocks various "photos" for your album, as well as brief comic strip panels, so you can see the characters doing additional silly and inane things. 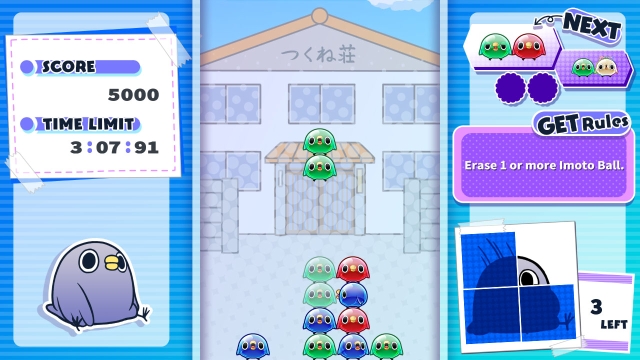 Story mode is divided into chapters consisting of four stages each. You are rewarded with a new segment of the tale between each chapter. The stages themselves are an odd hybrid between match-3 and Tetris styles of play. The way they work is that you have an area where you drop pieces, which come as two attached head-shaped icons at a time. Those icons are simply some combination of two colors, and your most basic goal is to line up three of the same description in a row. However, they don't disappear simply because you have done so. You can keep going, and each time you drop three pairs you receive a special jewel up to a maximum of two at once. Once you drop a jewel, which you can do whenever you like once you have one, it will eliminate adjacent pieces by color. So for example, if it touches a yellow, a green and a red piece, it will clear any connected yellow, green and red pieces. This will cause other clusters to drop, if applicable, and they also will be cleared if once they settle there are three or more of the same color of piece touching. In this manner, you can create huge combos. You also get to keep the combos going if you trigger a new chain reaction before a brief timer ticks down to 0.

Typically, the expectation is that your run in a puzzle game with this sort of setup ends if you accidentally fill up the screen with pieces and have no space left to place additional ones. That's not how Mentori Puzzle operates, though. You won't receive points for doing so artlessly, but you can clear the screen of pieces just about whenever you like. Your actual enemy is the timer. You have various objectives you must meet as you place your pieces. You might need to clear precisely four of any one color, for example, or manage a combo of two or more. As you clear objectives, you introduce color in one or two pieces of a fragmented photo. You win the stage if you satisfy enough objectives to color in every piece of that photo before time expires. The photos in later stages have more pieces and more demanding objectives. 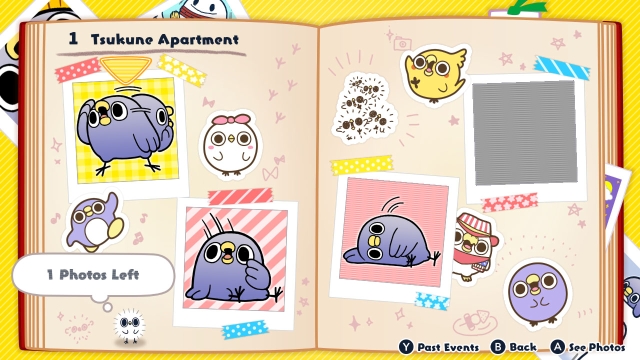 Early in the campaign, Mentori Puzzle is almost painfully simple. The pieces drop slowly. You might speed their descent by holding the Down button, but you can't instantly place them by pressing Up or something similar, the way you would in a lot of newer Tetris games. However, the speed picks up gradually as you progress through the campaign. That's good. What I like less is the way some later objectives are just difficult to understand. For instance, you may be instructed to "erase exactly 3 colors." You might reasonably assume this means that you clear an objective if you erase exactly 3 colors. So here's what you can do that often won't count: you can erase exactly 3 colors. There's apparently more to that objective than the instructions make clear, and for the life of me I can't figure out exactly what it is. So I clear various combinations of colors--sometimes exactly 3 and sometimes not--and sometimes my efforts count and sometimes they don't.

Unclear directions are a flaw that carries over to the Battle mode, but once you figure out that your primary goal is to clear objectives soonest and not to outlast the other player or score the most points, there's actually an engaging competitive event to enjoy. You can make combos to drop pieces on your opponent's side, and those pieces certainly aren't helpful, but your opponent can clear the entire board at any time and start fresh and so can you. It's possible to put handicaps in place if you wish, but the reality is that the game is already simple enough without accommodations and not particularly punishing. I can imagine even small children being able to have fun with it, because they don't have to endure the frustration of a round ending prematurely if they weren't quick enough moving pieces. They won't win without eventually developing the skills required to play well, but neither should they get overly frustrated and the cute bird faces ought to keep them enthused. 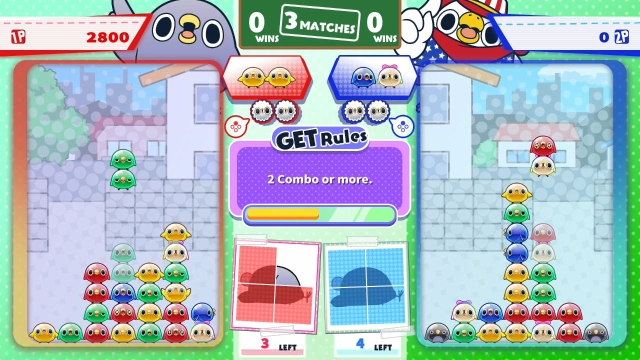 Mentori Park looks like one thing and delivers another, which works mostly to its benefit. However, confusing localization--which seems to be intentional half the time and less so in other cases--somewhat limits the overall appeal until a person grows accustomed to everything. If you enjoy puzzle games and you want an experience that's vaguely familiar but also different, and especially if you have younger kids in the house who need something cute and mostly accessible to occupy their time, you could do a lot worse.

If you enjoyed this Mentori Puzzle review, you're encouraged to discuss it with the author and with other members of the site's community. If you don't already have an HonestGamers account, you can sign up for one in a snap. Thank you for reading!

© 1998-2022 HonestGamers
None of the material contained within this site may be reproduced in any conceivable fashion without permission from the author(s) of said material. This site is not sponsored or endorsed by Nintendo, Sega, Sony, Microsoft, or any other such party. Mentori Puzzle is a registered trademark of its copyright holder. This site makes no claim to Mentori Puzzle, its characters, screenshots, artwork, music, or any intellectual property contained within. Opinions expressed on this site do not necessarily represent the opinion of site staff or sponsors. Staff and freelance reviews are typically written based on time spent with a retail review copy or review key for the game that is provided by its publisher.