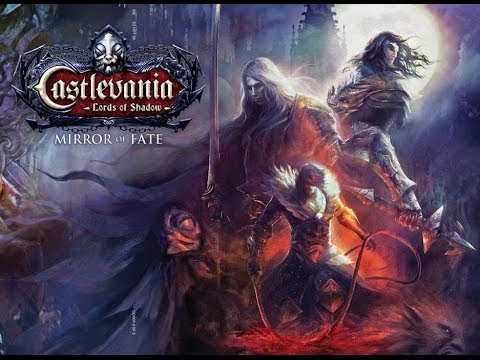 After reading about Castlevania: Lords of Shadow - Mirror of Fate's premise, I was skeptical. I struggled to wrap my mind around what sounded like an attempt to fuse the Metroid-style structure of the previous portable Castlevania titles with the whip-wielding, God of War-ish combat of Lords of Shadow. However, I was determined to put my cynicism aside and give developer MercurySteam the benefit of the doubt. After all, I had begged for a new castle-exploring adventure, complete with exchangeable equipment, strange locales and horrific monsters. I was ready to get lost in a fresh configuration of Dracula's convoluted home, all while scouring the digs for ability-bestowing items.

I will say this straight off: MercurySteam got the visuals right. Mirror of Fate exudes the classic Castlevania look, with Gothic character models and architecture standing out the most. Set pieces give off just the right glow--or lack thereof. Whole sections stand appropriately lit, with shadowy backgrounds and minuscule details just dying to be noticed. Never mind that each character saw a revamp, and that Trevor doesn't look like his NES counterpart anymore. Mirror of Fate, if nothing else, perfectly looks the part of a modern Castlevania title.

Unfortunately, Mirror of Fate's castle is not the explorable playhouse of mayhem it should be, regardless of its terrific fresh coat of paint. Rather than sporting a healthy network of winding corridors and temporarily inaccessible segments, Mirror of Fate's realm provides you with merely a few extra rooms to access as you advance. Don't expect to die of ecstasy as you enter one of these chambers, either, as the only specialty items you'll find are permanent HP and magic boosts and stacks of useless, journal-like scrolls intended to bolster the game's atmosphere or provide you with pointless clues. 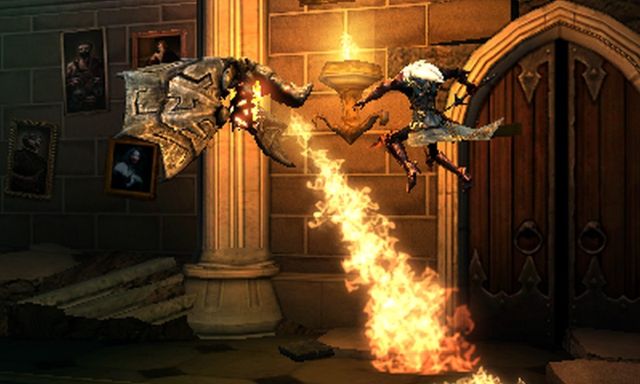 Metroidvania titles seldom leave you any hints. They drop you in the middle of a labyrinth and let you puzzle out where to travel on your own. Mirror of Fate, though, not only eschews complex level structure, but also offers you blatant, clearly highlighted objectives. Design choices like these defeat the purpose of even utilizing a Metroidvania design. In other words, this title might have been better off had it been a straightforward 2D platformer, rather than a halfhearted attempt to recapture the magic of games like Symphony of the Night or Dawn of Sorrow.

It gets worse, too: Mirror of Fate splits itself into three chapters, each with its own underwhelming region to explore. Rather than guiding one character through a massive collection of levels, you play as one of three different warriors, traversing meager segments of Dracula's castle. Upon reaching a new chapter, the game restricts access to previously discovered locations, and you cannot return to avenues you failed to explore.

With exploration out the window, you have to hope that Mirror of Fate at least presents decent battles and at least fair platforming. The good news is that combat is occasionally tight and action-packed. The game's mechanics are solid, allowing for lightning quick motions and tricky maneuvers. Believe me, at times you'll need both. You'll fun afoul of a few wild fights that force you to pick your shots carefully and watch your opponent like a hawk, looking for prompts that tell you what to expect from your foe's next move. One of my favorite scuffles involved two armored giants who surrounded me. With some cautious weaving and skillful whipping, though, I brought them down without losing much blood. 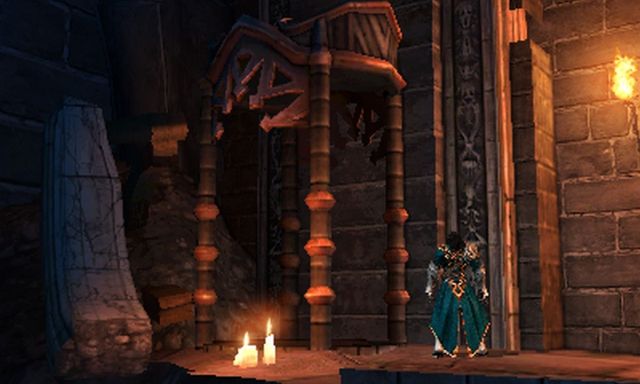 Unfortunately, Mirror of Fate lacks heavily in regards to enemy diversity and behavior. A quick peek at the bestiary reveals that much, as you'll notice that some monster designs appear three or four times in different colors. What few adversaries this installment does boast also perish with little effort on your part. Button mashing takes care of most of your woes, plus your whip comes with a ridiculously long reach. Those two features together allow you to lash creatures several times before they reach you, rendering a fair number of the campaign's battles mindless affairs.

Platforming also bears its own pleasant surprises and disappointments. For instance, you'll come across a few obstacle sequences that are lightly entertaining. One scene involves avoiding trapdoors leading to spiked pits, while leaping onto climbable walls. From there, you swing by your whip through electric fiends and try not to get zapped to a crisp. Sadly, you'll find most obstacles courses aren't all that challenging, and come off as filler more often than not. You'll negotiate a lot of ordinary platformer tropes, such as killing pits combined with moving platforms. Honestly, I would rather have seen the real estate in these mundane scenes be used to craft more useful, meaningful segments that play to Mirror of Fate's sub-genre. You know, like branching hallways begging for exploration... 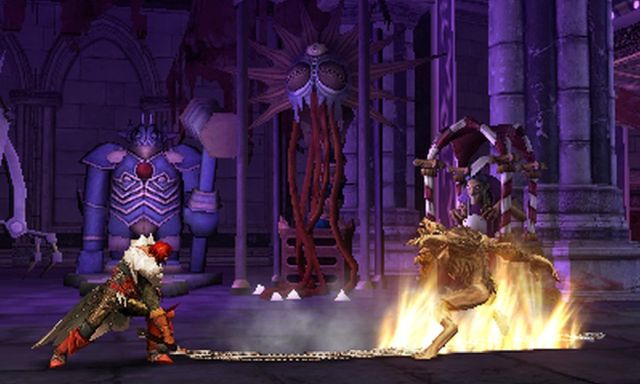 Ultimately, Mirror of Fate is a disappointment. I don't mind that MercurySteam toyed around with various conventions, because daring to try new concepts can sometimes produce fresh and exciting titles. I only hope that they learn from this less than impressive setup and endeavor to deliver a Castlevania with improved structure and challenge factor. Spare me the overabundant obstacle courses. Either give me a fully explorable stronghold or an actual retro-throwback. Anything short of that at this point is only rubbing salt into the "Castlevania is pretty much a dead franchise" wound.
2.5/5

If you enjoyed this Castlevania: Lords of Shadow - Mirror of Fate review, you're encouraged to discuss it with the author and with other members of the site's community. If you don't already have an HonestGamers account, you can sign up for one in a snap. Thank you for reading!

© 1998-2021 HonestGamers
None of the material contained within this site may be reproduced in any conceivable fashion without permission from the author(s) of said material. This site is not sponsored or endorsed by Nintendo, Sega, Sony, Microsoft, or any other such party. Castlevania: Lords of Shadow - Mirror of Fate is a registered trademark of its copyright holder. This site makes no claim to Castlevania: Lords of Shadow - Mirror of Fate, its characters, screenshots, artwork, music, or any intellectual property contained within. Opinions expressed on this site do not necessarily represent the opinion of site staff or sponsors. Staff and freelance reviews are typically written based on time spent with a retail review copy or review key for the game that is provided by its publisher.