Penumbra was over. Developer Frictional pulled the plug on their story, forced to wrap up the would-be trilogy in only two episodes. Thankfully, it received a fitting conclusion and a proper sendoff. The second epsiode, Black Plague, was a fantastic end to the tale, and would have served as an acceptable conclusion to the storyline. However, Frictional must've felt there was unfinished business, consisting of plot points they wanted to include but couldn't because of the series' brevity. Thus they released one more (unnecessary) episode entitled Penumbra: Requiem.

You'd probably expect more of the kind of content that made Requiem's predecessor a hit to appear in this installment. Once again, you'd travel down dark corridors and investigate various rooms for clues and items. Inhuman foes might stalk the premises while you slink around in the shadows. Desks and crawl spaces become your best allies during these moments. When the coast is clear, you can nab notes that dish out bits of story and lore, while also providing you with handy clues for solving upcoming puzzles.

Sadly, Requiem doesn't roll like that. For starters, the game sports a level-by-level structure. Rather than tuck all of its puzzles into various rooms connected by hallways, each stage is a puzzle itself. This design allows for more complex challenges than we saw in previous chapters, where the solution for each stage requires numerous moves and boatloads of experimentation. Unfortunately, each puzzle is only loosely attached to the story or the setting. Where the brainy affairs in previous episodes made sense and felt like they were a natural part of the game's environment, Requiem's puzzles are horribly contrived. Worse yet, they mostly consist of banal block pushing and crate stacking. Penumbra spent two games avoiding hackneyed puzzle material, only to fall victim to it in the end. 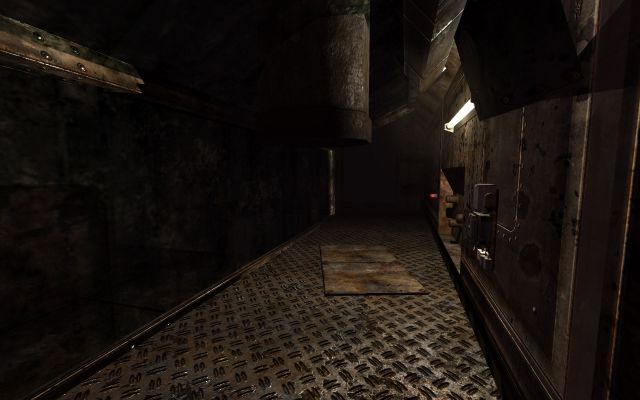 To make matters even worse, the game sports screwy mechanics, especially in regards to the aforementioned crate stacking. Sometimes, you place a crate on top of another one and it inexplicably slides away from you. Hell, sometimes both crates slide away from each other. Some segments call for you to create stairway-like formations, so you can reach lofty spaces. You may as well drown yourself once you encounter one of these sections, because the boxes seldom stay in formation, toppling over with the slightest nudge. The second stage is especially a kick in the groin, as it features a part where you need to stack three crates vertically. During my playthrough, I'd nudge the second container with the third one, and it would inexplicably fly through the air as if were nailed by a wrecking ball.

Some sections completely eschew puzzle solving in favor of platforming sequences. Think about that now: Penumbra is a first-person game. Have there been many first-person platformers? Not really, and for good reason. Effective platformers usually require precise timing, especially in regards to jumping across pits. You can't easily execute a precise jump when you can't see where your feet lie in relation to an oncoming cliff side. Instead, you must estimate your proximity to the edge while taking into account your own leaping range, which spells doom often in Requiem. Once again, the game's awkward physics crop up and meddle with your flight. You'll often find yourself overshooting your target or plummeting before you even touch the space bar. 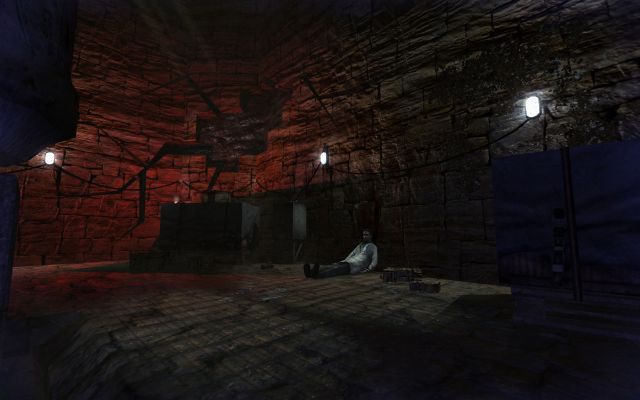 And be prepared for the saddest part about Requiem: it has no enemies. It offers plenty of atmosphere and environmental chills, to be sure, but Requiem stands bereft of both foes and actual scares. Wrap your mind around that now: it's nothing more than a first-person puzzle/platformer where your only adversaries are gravity and drunken physics. How did we stray so far from the original games' concept?

Requiem fails in almost every category, but especially in the game's intended selling point. It was supposed to provide further information regarding the plot and some of its characters, but it gives only scant details about either, usually through arbitrary recordings and ramblings spouted off by mostly minor characters. Typically, you happen upon a tape, you play it and you listen to one of the supporting cast yammer on about the story's concepts while you try to focus on a broken puzzle or an obnoxious jump, all so you can learn nothing of value.

Finally, Penumbra is well and truly over, having ended on a low note. Frictional labored to fix Penumbra: Overture's flaws with Black Plague, and succeeded with flying colors in that effort. Here, we see them throw away everything the first two games accomplished and pump out an unnecessary installment that establishes nothing of value and fails to entertain. My recommendation is simple: don't feel obligated to play through Requiem just because you finished its predecessors. Just pretend the series ended with Black Plague, because it may as well have.

If you enjoyed this Penumbra: Requiem review, you're encouraged to discuss it with the author and with other members of the site's community. If you don't already have an HonestGamers account, you can sign up for one in a snap. Thank you for reading!

© 1998 - 2023 HonestGamers
None of the material contained within this site may be reproduced in any conceivable fashion without permission from the author(s) of said material. This site is not sponsored or endorsed by Nintendo, Sega, Sony, Microsoft, or any other such party. Penumbra: Requiem is a registered trademark of its copyright holder. This site makes no claim to Penumbra: Requiem, its characters, screenshots, artwork, music, or any intellectual property contained within. Opinions expressed on this site do not necessarily represent the opinion of site staff or sponsors. Staff and freelance reviews are typically written based on time spent with a retail review copy or review key for the game that is provided by its publisher.