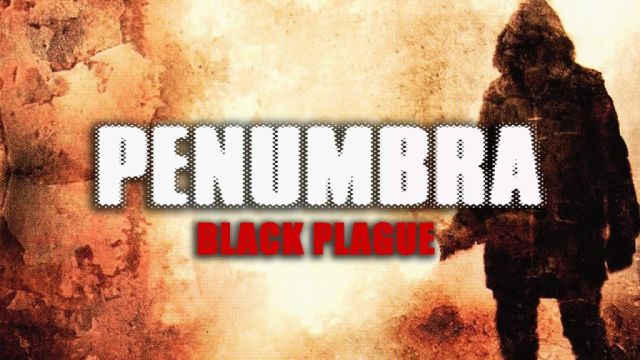 Episodic development provides developers with an excellent opportunity to receive feedback from players, allowing them to improve their games in further installments. Sadly, some developers either fail to take advantage of such opportunities or surrender if the first episode is a financial or critical flub. Then you have the developers at Frictional, who learned so finely from the missteps they made with Penumbra: Overture that they produced a fantastic followup in the form of Penumbra: Black Plague. Unlike its predecessor, Black Plague is a taut creeper with plenty of variety, great puzzles and all around mechanical improvements.

Honestly, I worried that Frictional would attempt to salvage Overture's broken, melee-heavy combat system. I couldn't stomach more holding down a mouse button and dragging a weapon across the screen, hoping that it collided with a foe's picky hit boxes. I also had a difficult time figuring out how close I needed to be in relation to a target in order to score a blow. I couldn't get too close, because I still needed to mitigate damage, but I was always too far away to land a hit. I feared that Black Plague would attempt to fix this system, and thus place too firm an emphasis on battle mechanics.

Penumbra is definitely not the kind of series that benefits from robust fights, and it's likely Frictional drew the same conclusion. So instead of going balls out in terms of action, they eschewed combat altogether this time around. Only one scene throughout all of Black Plague requires you to kill a foe, and it doesn't involve clumsily swinging a hammer and swearing at the game's questionable hit detection. In fact, it requires more thought and attention to the environment, like you're solving a puzzle. 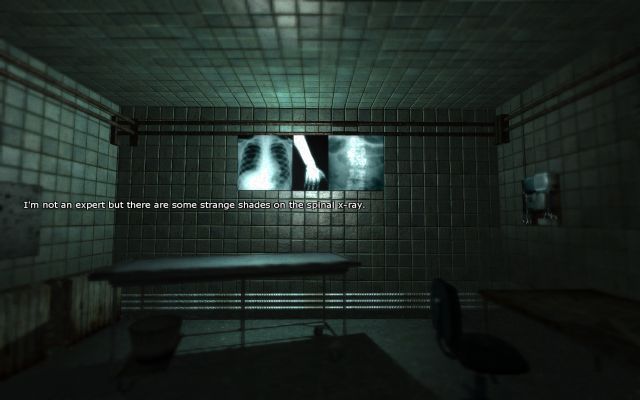 For the most part, your survival lies in stealth and hiding rather than scrapping. This may sound less engaging, but in actuality it produces some of the creepiest moments the series has to offer. You'll usually find yourself needing to interact with or nab an item, only to discover that doing so causes quite the racket. That, in turn, arouses the suspicion of a nearby mutant, who growls in wonderment of the noise you've made. That's when heavy footsteps commence and grow louder with each passing second. That's when you know you have approximately ten seconds to analyze your surroundings and find something to duck behind or crawl beneath, or else you'll end up scattered about the room in bloody pieces.

Unfortunately, rare occasions arise where your best stealth isn't enough, and your worst stealth somehow passes. During one segment, I crouched in a dark corner, completely exposed. The monster crept right past me as if I wasn't there. The opposite also occurred, in which I was well hidden and my adversary spotted me through a wall. Thankfully, these occurrences are rare, otherwise I might've thrown my computer off a bridge.

Analysis was a big part of Overture, especially in regards to its puzzles. More than anything, I was concerned that Black Plague might not deliver in that department. Thankfully, Frictional included some of the best and most organic puzzles in this installment. Although a few banal challenges crop up, including your standard blocks to push or crates to stack, most of them demand critical thought. You'll find yourself combining or utilizing a variety of event items, often solving puzzles that offer only vague, yet clever clues. As in the previous title, few of Black Plague puzzles are contrived. For instance, it makes sense that one puzzle would involve mixing chemicals to create a cure for an illness, especially considering the game takes place in a viral research facility. 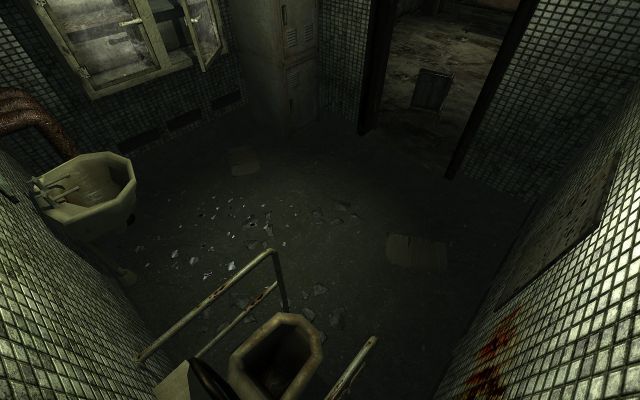 I'm usually pretty good at puzzles. Heck, I was able to get through Alundra's ridiculous assortment of riddles without a FAQ on my first playthrough. However, I found myself stumped on some of Black Plague's proceedings. One in particular required me to reprogram a defunct computer. Although I found an instruction manual nearby, it was ambiguous about how to handle the situation. I enjoyed that, because it promoted a fair amount of thought and consideration for how the instruction manual was worded.

Penumbra's puzzles and story bespeak of a horror franchise that takes itself seriously. It smacks of old sci-fi novellas, where experiments go wrong and monstrous beings inhabit secret places; where there are plenty of thinly veiled allusions to communism or nationalism or group think. These are all wonderful extras that turn the experience into an unforgettable tale. Sadly, there is one thing in Black Plague breaks the enchantment: Clarence. This dude isn't your average villain, but an annoying, Joe Pesci-like voice in your head, who constantly yammers, cracks bad jokes and works at odds with the protagonist. One moment, you're enjoying Black Plague's creepiness, the next you're cringing at one of Clarence's lines because it sounds like something lifted from "My Cousin Vinny" or "The Super."

In concept, Clarence could have worked as a villain, had his voice remained more in keeping with Penumbra's dark tone. However, the series didn't suffer from a lack of an obnoxious wise-cracker, and his inclusion strikes me as odd. To this day, I still think back on this decision and mutter WTF? aloud. I get a lot of stares from concerned coworkers and family members. 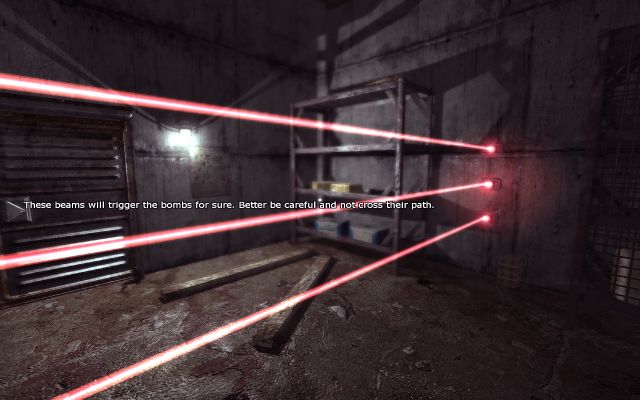 Despite a few minor irritants, Penumbra: Black Plague is a great horror adventure. It's always wonderful to see a company as receptive to criticism as Frictional. They obviously considered the shortcomings of their previous outing and decided to expand upon what they did well, while abandoning factors which did not work. That's something more developers should take to heart when producing sequels. Initially, Black Plague was supposed to be the end of the tale, but Frictional unexpectedly cranked out one more title.

They should've quit while they were ahead...

If you enjoyed this Penumbra: Black Plague review, you're encouraged to discuss it with the author and with other members of the site's community. If you don't already have an HonestGamers account, you can sign up for one in a snap. Thank you for reading!

© 1998 - 2023 HonestGamers
None of the material contained within this site may be reproduced in any conceivable fashion without permission from the author(s) of said material. This site is not sponsored or endorsed by Nintendo, Sega, Sony, Microsoft, or any other such party. Penumbra: Black Plague is a registered trademark of its copyright holder. This site makes no claim to Penumbra: Black Plague, its characters, screenshots, artwork, music, or any intellectual property contained within. Opinions expressed on this site do not necessarily represent the opinion of site staff or sponsors. Staff and freelance reviews are typically written based on time spent with a retail review copy or review key for the game that is provided by its publisher.